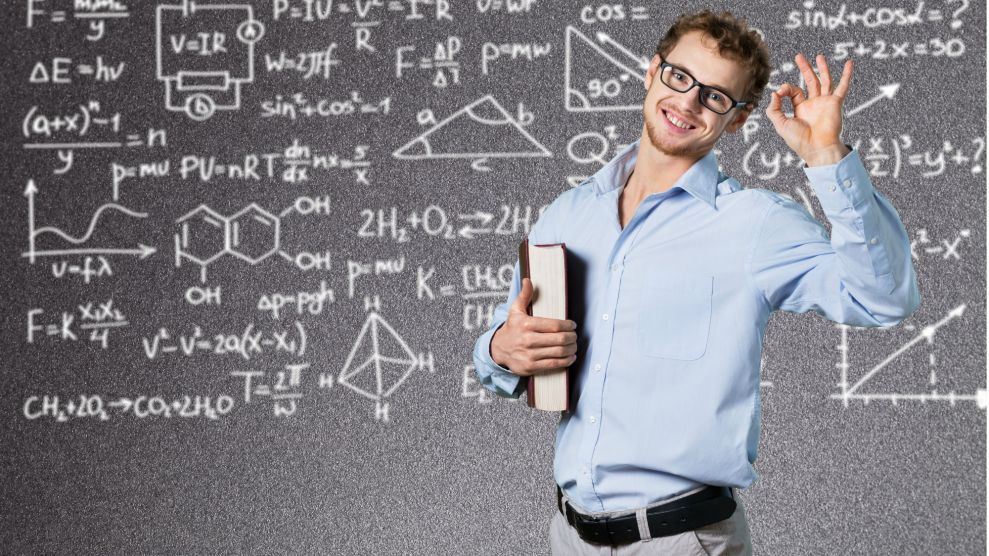 As any woman in science can tell you, it’s an uphill battle. For decades, guys have been told they’re better at, and more “naturally inclined,” to be good at science, math, and engineering. And now, shockingly, a new study reveals that dudes may actually believe that all to be true.

Published in the journal Advances in Physiology Education Wednesday by an all-female group of baller researchers from Arizona State University, the study found that typically, men in science class over-estimate their intelligence, even if their grades are the same as their female peers.

To measure the students’ academic “self-concept” in the class, the students took a survey which asked them to report “the percentage of the whole class that they perceived they are smarter than, in the context of physiology.” They were also asked to report if they were “smarter or less smart” than the person with whom they worked most closely in the class.

As a result of lower “self-concept,” “females are not participating as much in science class,” Sara Brownell, an assistant professor of life sciences at ASU, and an author on the study, tells NBC. “They are not raising their hands and answering questions.”

To be clear, as the authors explain, there are a few limitations to this study. For example, “reporting on how smart one feels compared with another person may cause students to answer the question in a socially desirable way,” they write—meaning, although a student may think of themselves as being smarter than 50 percent of the class, they may be hesitant to say they’re smarter than a specific classmate (that is, their class partner).

The other major limitation is that this study was performed in one class, at one institution, and results could of course be different in other classroom settings. “Future studies may want to explore the extent to which academic self-concept is malleable and to what extent instructor behavior or course structure could influence it,” the authors add.