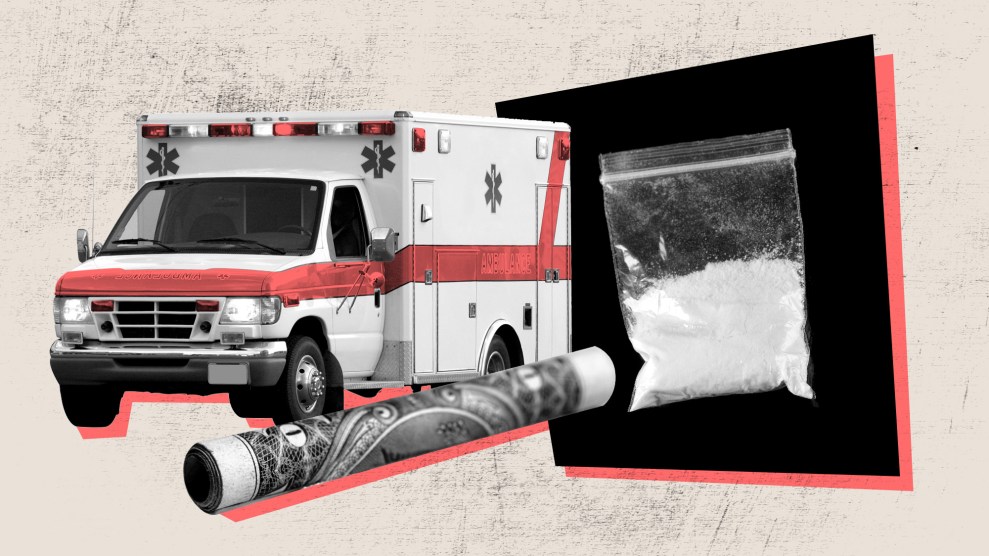 On a clear day in the summer of 2016, an ambulance arrived at the Yale New Haven Hospital carrying a man in his 60s with the classic signs of an opioid overdose: His breathing had stopped, his heart had slowed, and his blood pressure had dropped. Over the next six hours, 11 more people were admitted with similar symptoms, three of whom died. At first, the cause of the overdose cluster appeared to be the usual: Fentanyl, a synthetic opioid up to 100 times more powerful than morphine, had probably made its way into a batch of heroin.

But subsequent drug tests and interviews with those who survived revealed a more complicated answer: The admitted patients thought they were using cocaine. What they snorted, however, turned out to be fentanyl with trace amounts of cocaine. Fentanyl can be deadly for regular opioid users, but for people who hadn’t built up a tolerance, the amount of fentanyl in the cocaine was “staggering,” said Dr. Anthony Tomassoni, an emergency medicine professor at Yale University who wrote about the case for the Centers for Disease Control and Prevention.

Cuyahoga County experienced a particularly big jump—medical examiner Dr. Thomas Gilson has called the influx of fentanyl a “tidal wave.” In 2016 and 2017, deaths involving cocaine and fentanyl without heroin made up about a quarter of the county’s total overdoses. Connecticut, Rhode Island, and New York City saw similar, though markedly less extreme, patterns. The rise prompted New York City to issue a public health advisory last summer. “Anyone using drugs, even casually, is at risk,” reads a health department flyer, which urges users to “use with someone else,” “take turns using,” and “use a small amount first to see how strong your drugs are.”

It’s challenging to tell what’s driving the increase in cocaine-fentanyl deaths, as an autopsy can’t determine the timing and intention of drug use. Perhaps the victim intentionally used both cocaine and opioids—a combination known as a “speedball”—or perhaps they sought out cocaine without realizing it was laced with fentanyl.

But available supply data indicates that cocaine is increasingly mixed with fentanyl before it’s ingested. In Cuyahoga County, law enforcement seizures of cocaine-fentanyl mixes increased 43-fold between 2015 and 2017. The Drug Enforcement Administration reported that 7 percent of seized cocaine contained fentanyl in 2017, up from 4 percent the previous year, according to NPR.

Theories abound in the public health world as to why cocaine would be laced with such a fatal drug. One is simply that drug use overall is up, and with that has come some unintentional contamination: “There’s more cocaine, and there’s more fentanyl, so there’s going to be more cocaine-fentanyl,” says Boston Medical Center epidemiologist Dr. Traci Green.

But given the scope of the trend, some are beginning to think that contaminating cocaine with fentanyl could be a calculated strategy of cartels and drug dealers to hook cocaine users on opioids. “It seems like a funny way to go about it, but once people use fentanyl as much as a couple times in a week, they’re very likely going to want more,” says Tomassoni, the Yale emergency medicine professor. “The very first dose of an opioid has been demonstrated to begin to change your brain chemistry. If you try it and you like it, you’ll do it again.”

Health experts are particularly worried about the impact of fentanyl-laced cocaine on the black community. Though the opioid epidemic is typically framed as a white problem, African American overdose deaths have climbed dramatically in recent years, driven largely by the influx of fentanyl into the drug supply. In Cleveland, “the African American community has been less affected by the heroin and opioid crisis—until this strategy was implemented of introducing fentanyl into the cocaine supply,” says Hugh Shannon, administrator of the Cuyahoga County Medical Examiner’s Office. In 2017, 99 African Americans in Cuyahoga County died of overdoses involving fentanyl—up from seven in 2014. The majority of the deaths involved fentanyl and cocaine. Similarly, in Connecticut last year, African Americans made up 15 percent of the cocaine-fentanyl deaths, compared to 8 percent of overall overdose deaths.

As part of her research, Green, of Boston Medical Center, examines the death scenes of those who overdosed on cocaine and fentanyl in Rhode Island and speaks to those close to the victims. She’s trying to figure out what exactly happened: Did the victims intend to use opioids? Did they mean to mix the drugs? Her conclusion, after dozens of interviews: “Whether it was intentional or unintentional, contaminated or cut, what I know for sure is that these people who died were definitely not expecting fentanyl in their system.”