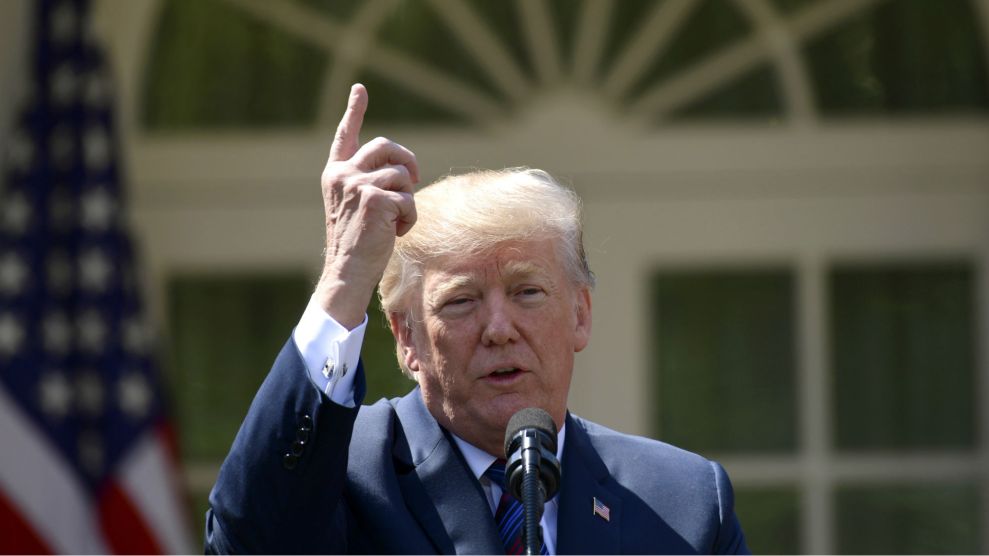 Donald Trump isn’t a very popular president. According to the FiveThirtyEight polling average, his approval rating is currently around 41 percent. That’s about 7 points below where Barack Obama was at this stage of his presidency.

But Trump isn’t interested in polling averages. On Sunday morning—on the tail end of a truly unhinged Twitter tirade against James Comey—the president trumpeted his standing in one specific poll.

Just hit 50% in the Rasmussen Poll, much higher than President Obama at same point. With all of the phony stories and Fake News, it’s hard to believe! Thank you America, we are doing Great Things.

Obviously, there’s nothing particularly unusual about a politician cherry-picking data to make himself look better. But what is striking is just how often Trump has celebrated his standing in the Rasmussen survey—a poll that has tended to give him higher approval ratings than most other public polls have. Here’s Trump earlier this month:

Thank you to Rasmussen for the honest polling. Just hit 50%, which is higher than Cheatin’ Obama at the same time in his Administration.

And here he is last month:

Rasmussen just announced that my approval rating jumped to 49%, a far better number than I had in winning the Election, and higher than certain “sacred cows.” Other Trump polls are way up also. So why does the media refuse to write this? Oh well, someday!

The new Rasmussen Poll, one of the most accurate in the 2016 Election, just out with a Trump 50% Approval Rating.That's higher than O's #'s!