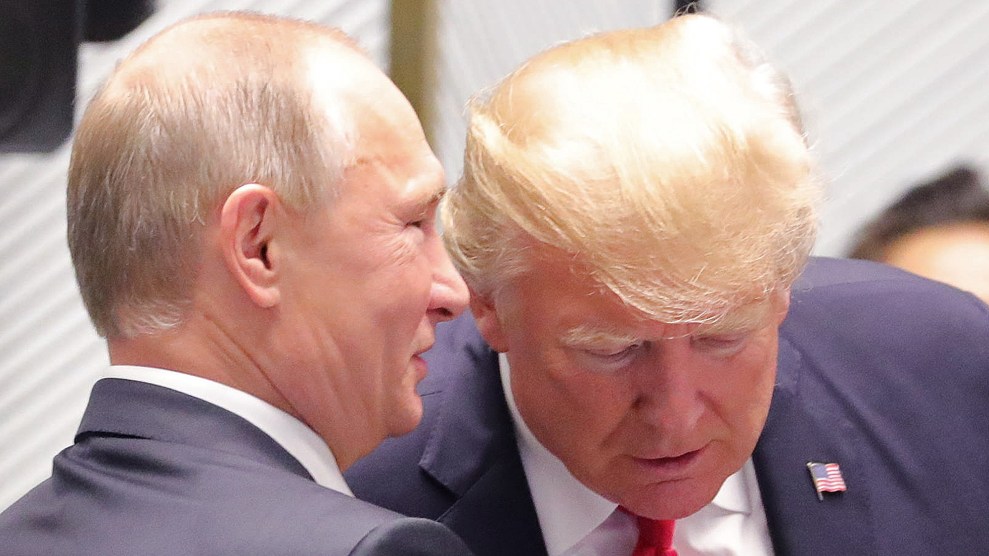 The Washington Post reported Monday that Trump told his national security team to hold off on implementing the sanctions, which were designed to punish Russia for abetting the Assad’s April 4 chemical weapons attack on civilians in a rebel stronghold. The reversal came after the Kremlin complained the sanctions were overly harsh.

The walkback was a sharp rebuke for Haley, who has used her post in New York, outside Trump’s Washington orbit, to talk tough to autocratic regimes. In doing so, she has distinguishing herself from Trump, who has faced criticism for striking an appeasing tone toward autocrats.

Haley said Sunday on CBS News’ Face the Nation that the Treasury Department would announce sanctions by Monday targeting “any sort of companies that were dealing with equipment related to Assad and chemical weapons use.”

Haley continued, “Our goal was to send a very strong message to Assad and his friends that we are not going to watch them continue to use chemical weapons on their people.”

But Trump was not yet comfortable rolling out new sanctions and was upset by Haley’s announcement, according to the Post. As a result, the White House informed the Russian Embassy in Washington that the sanctions were not coming. White House aides also claimed Haley had erred by stating that a decision had already been reached.

“We are considering additional sanctions on Russia and a decision will be made in the near future,” White House press secretary Sarah Huckabee Sanders said in a statement on Monday.

This is not the first time Trump has appeared to push back on his own advisers’ efforts to toughen the administration’s policy on Russia. After the poisoning of a former Russian spy in Britain in March, the administration expelled 60 Russian diplomats in coordination with European allies. But Trump reportedly berated aides in a curse-laden rant after learning European countries had ejected fewer Russians than the United States had.

After his election, Trump reportedly pressed the State Department to review options for unilaterally lifting sanctions that the United States has imposed on Moscow since Russia’s 2014 incursion into Ukraine. And last year, Trump opposed another set of economic penalties that Congress overwhelmingly approved in response to Russian interference in the 2016 election. Trump reluctantly signed the bill only after aides convinced him that Congress’ veto-proof majority vote for the measure left him no choice. But he delayed implementation of the sanctions, before announcing in January that he would not impose them at all because they were not needed, in apparent defiance of Congress.