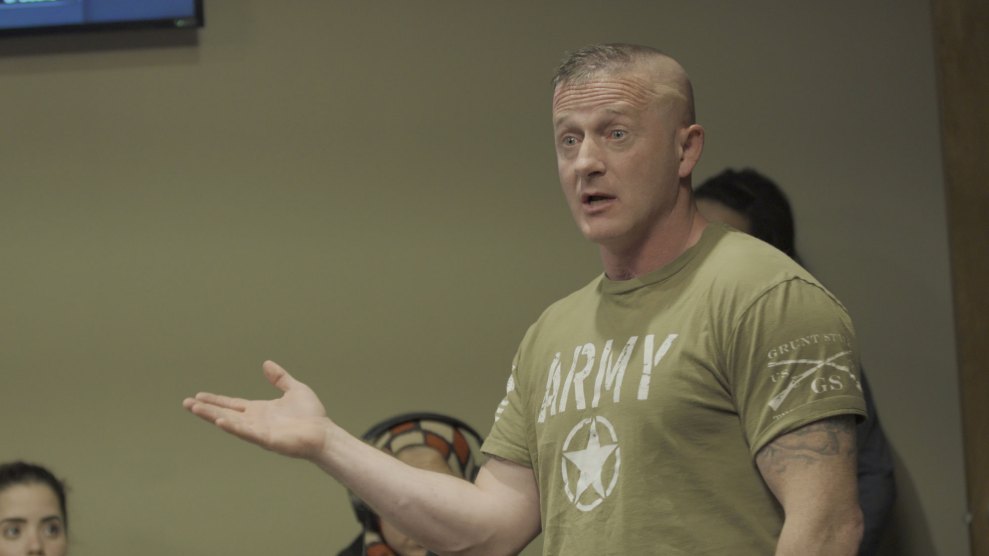 On Tuesday, West Virginia state Sen. Richard Ojeda easily won the Democratic nomination in the state’s 3rd Congressional District. Ojeda, as I reported in a profile for Mother Jones, is pushing a kind of populism that is upending the political landscape in Appalachia; he’s championed the teachers strike, a new marijuana industry, and higher taxes on the state’s sacred cows—oil and natural gas companies. He also voted for President Donald Trump.

Ojeda has said that he supported Trump out of regional solidarity—the sagging coal economy had crushed places like Logan, West Virginia, where Ojeda lives, and he believed Trump was more likely to recharge that industry than Clinton. In our interview in April, he put his vote for Trump in context by noting that in 2016 the state also elected Jim Justice, a billionaire coal magnate who ran as a Democrat before switching parties last year:

We did the same thing with the governor that we got from this state. He was a billionaire, told everybody, “We’re going to do this, all these great things. I’m a wizard when it comes to business, and I’m going to be a wizard for the state. I’m going to be a wizard for the country.” That’s basically what we were told, and you know what? We’re always like, “Hey, let’s give them a chance. They didn’t become billionaires because they’re stupid.” We didn’t realize that many cases most of them inherited most of it. That’s how it was. We bought it.

But Ojeda isn’t buying it anymore. Here’s what he said when I asked him about Trump’s presidency:

Come on. It’s been a circus. Put your cell phone down. Stop tweeting and fighting with Rosie O’Donnell. Be a president. Kick your kids out of the Oval Office. When I hear Ivanka Trump saying how she looks forward to working side by side with General Kelly, a guy who’s got 40 years’ worth of experience leading troops all across the world, and she makes handbags, come on. Be a president. We need that.

I don’t want him to fail. I don’t want him to fail because he’s our president. He’s piloting the plane that we’re all on. But goodness gracious, this is just brutal. And every day, there’s something new that comes out that seems like it’s pushing us closer to war with another country…We’ve got to be smarter than this.

That Ojeda’s Trump vote isn’t a deal-breaker in the “Resistance” midterm speaks to the fluid party loyalties in southern West Virginia, where Trump carried heavily Democratic areas (including Ojeda’s state Senate district) by overwhelming numbers. A lot of Democrats in Logan voted for Trump. But it also speaks to the messenger himself, an open-book of a candidate who regularly logs on for hour-long segments—part sermon, part town hall—on Facebook Live.

“What other Democrat could say, ‘Hey, I voted for Trump,’ and we’d still be like, ‘Oh, no, I love this guy,” says Brianne Solomon, a teacher who ran unopposed in her Democratic primary for a seat in the House of Delegates in southern West Virginia. “But then when he said why and apologized, it’s like, ‘Oh, okay. Well, he’s not trying to cover anything up.’ Everyone needs that. I think this is just a microcosm of what everyone in this country craves right now—we don’t want bullshit, you know?”

You can see more of our report on Ojeda here: