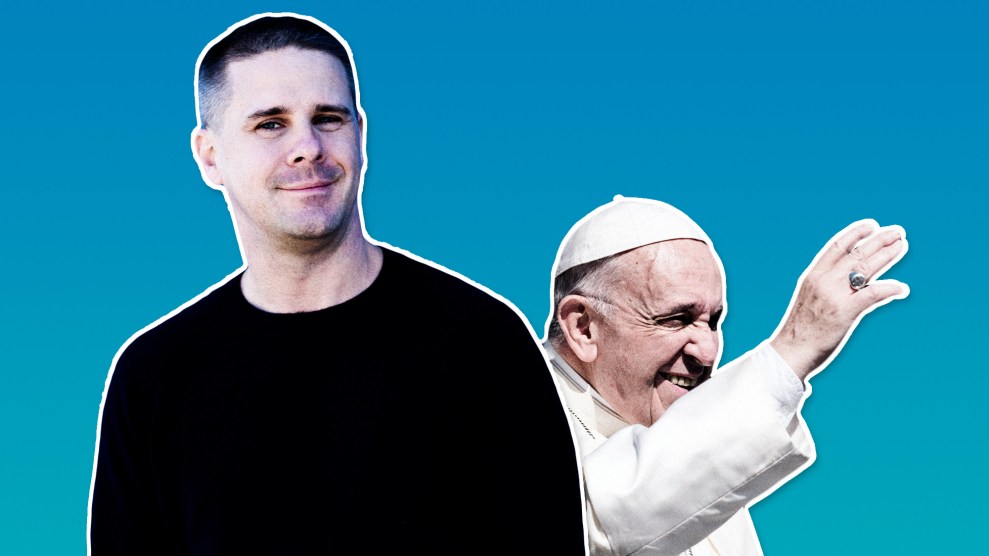 Dan Pfeiffer, one of the most influential political voices from the Obama White House, has a plan to fight back in the Trump era. In his debut book, Yes We (Still) Can: Politics in the Age of Obama, Twitter, and Trump, the former White House senior adviser and chief of communications elaborates on the lessons he learned about the far right while he served in the Obama administration, and how progressives can get their message out in today’s fractured media environment. His day job continues to be getting that message out as one of the hosts of the popular podcast, Pod Save America, which offers insights, humor, and some measure of solace during these dark political times.

Pfeiffer sat down with Mother Jones’ DC Bureau Chief David Corn for a lively discussion for The Mother Jones Podcast. The talk about how Obama can’t save us, what we can do now to fight against disinformation, and how mainstream Republicans aided Trump’s rise to power.

You can read a short excerpt below. Listen to the episode, and subscribe on iTunes:

David Corn: One reason we read books like this is to see what we can learn. In hindsight, do you think there was any way that Barack Obama, yourself, and other smart people around him in the White House could have told a better story, or told a story in a different way, that would have contained some pushback, that would have prevented it from becoming the tremendous wildfire it became?

Dan Pfeiffer: As I write in the book, we in Obama world were probably late to try to put out the fires that were spreading on the far right that were trying to delegitimize and essentially de-Americanize Barack Obama, most notably the birth certificate fiasco that Donald Trump then promoted.

We were abiding by an old world-view of communications. It was probably the right choice for 2008, but by the time we got to 2010, the world had changed too much. This old world is that you don’t give oxygen to these rumors. As I recommended in the book, you have to address every conspiracy theory, false rumor, attack with a disproportionate response as soon as humanly possible because, once it has started spreading out there on the internet, it can’t be stopped. And you see this with some of the actual fake news that affected Hillary Clinton. One of the stories that got some of the most engagement on Facebook in the last few months of the election was “Pope endorses Trump.”

DC:  There is a mix of pessimism and optimism in your book. You write about a conversation you had with Obama during the transition, after Trump had won. And you say, quoting Obama, “Maybe I’m just looking for a silver lining but I am hopeful that this will be the clarifying event that will show the public the two different visions for the country.” And yet in another place in the book, you write “and while we might be able to survive four years of Trump, I’m not sure we can survive eight years.” So if I have this right, you believe yes we still can now, but will we be able to after eight years of Trump?

DP: I am not sure. I sometimes think as bad as things seem for progressives in this world in the Trump era, it’s worse than we think it is. We’re so obsessed with: Is Michael Cohen going to jail or not? Is Rod Rosenstein going to be fired? What did Trump tweet today? Did he call the press an enemy of the state? We’re so focused on that, we’re missing just the tremendous damage Trump is doing to the decency and moral character of this country. You can see it in the immigration policy. You can see it in the idea that we are going to shut the doors to asylum seekers who are fleeing domestic violence and gang violence in this country. And I think we can recover from it.

I do worry about not just the policy consequences ofTrump’s terrible policies—and they are devastating —but also just in the idea that the president is to some extent also the head of state. The president has typically been someone who is a force of moral authority to a lot of Americans. My friend Jon Lovett always says that we elected our worst citizen president. And I think that’s 100 percent right, and I think over time that has real consequences.

Here’s where you can listen to the whole interview and even more great conversations: