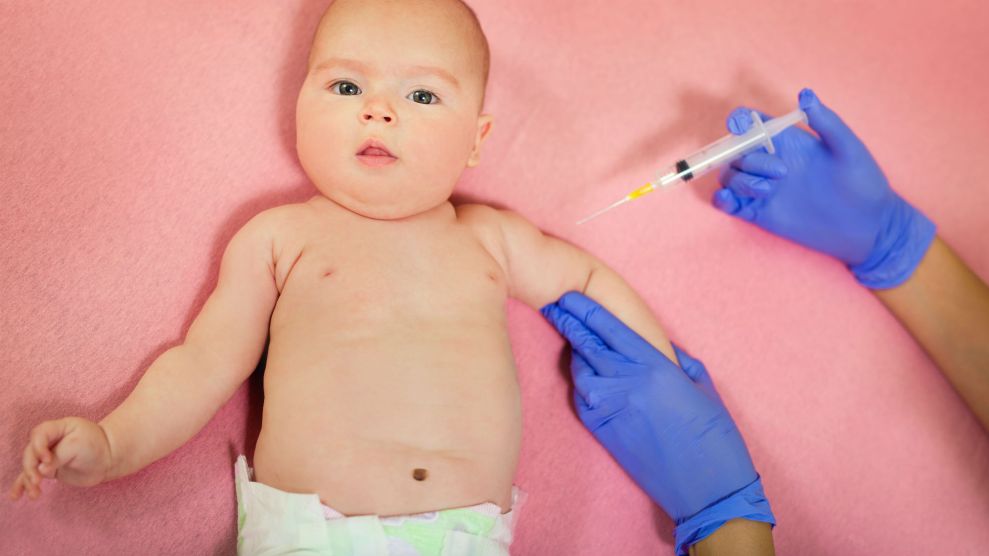 The scientific evidence in favor of vaccines is solid. But many parents don’t immunize their children, citing religious or “philosophical beliefs.” In many states, it’s easy for parents to opt-out of school-mandated vaccinations for kids—which leaves pockets of the population unvaccinated, and puts children at risk of otherwise-preventable infectious outbreaks, like measles, whooping cough, and HPV.

Without the vast majority of a population vaccinated against diseases, or “herd immunity,” unvaccinated children become more likely to spread diseases to infants or people with weak immune systems.

While some states have cracked down on nonmedical exemptions, 18 states still allow parents not to vaccinate their children on the basis of philosophical beliefs. One of those beliefs is the thoroughly-debunked myth that vaccines cause autism—which has caused an untold number of parents in the US to avoid vaccines. (The states where nonmedical exemptions are permitted include Arkansas, Arizona, Colorado, Idaho, Louisiana, Maine, Michigan, Minnesota, Missouri, North Dakota, Ohio, Oklahoma, Oregon, Pennsylvania, Texas, Utah, Washington, and Wisconsin.)

Between 2009 and 2016, researchers documented an increase in the number of kids enrolling in kindergarten with non-medical exemptions in 12 of the 18 states with belief exemptions. The group, from Baylor University, Baylor College of Medicine, Rice University, and Texas A&M, also identified several metropolitan “hotspots” where vaccine exemptions pose the biggest risk to children: Seattle, Portland, Houston, Phoenix, Detroit, and Kansas City stood out in the data set for their high exemption numbers. The results published Tuesday in the journal PLOS Medicine.

Peter Hotez, dean of the National School of Tropical Medicine at Baylor College of Medicine and an author on the study, noted that the problem is especially acute in Idaho. In the small city of Camas, Idaho, for example, about 27 percent of kindergartners entered school with a non-medical exemption in 2016, the highest in the country, the study found. In Bonner, Idaho, it was about 20 percent. In Boise, 16 percent. In fact, Idaho is home to eight of the ten counties in the United States with the highest rates of unvaccinated kindergartners.

“I have no clue what the hell is going on in Idaho,” Hotez says. “It’s pretty stark.”

Hotez said he plans to conduct future research on why certain counties, including those in Idaho, may have such high exemption rates. One possible explanation is anti-vaccine campaigning. “Our findings indicate that new foci of anti-vaccine activities are being established in major metropolitan areas, rendering select cities vulnerable for vaccination-preventable diseases,” the authors write.

In states where nonmedical exemptions are not allowed, research shows that vaccination rates are higher, meaning communities are at less risk of an outbreak. In this study, researchers showed a related statistic to be true: states that allowed nonmedical exemptions did in fact have lower kindergarten vaccine coverage.

Himself the father of a child with autism, Hotez believes that scientists are partially to blame for the rise of anti-vaccine pseudo-science. “As a scientific profession, we’ve been very inward-looking,” he says. “We’re so fixed on our grants and papers that we don’t think about engaging the public.”

Hotez hopes his research will inform discussions about vaccines and help eliminate disinformation spread by anti-vaccine lobbyists. “This is not a time to be complacent,” he says. “We need to push back against some of these anti-vaccine movements in the United States.”

This post has been updated to reflect that the study’s authors are affiliated with Baylor University, as well as the Baylor College of Medicine, an independent institution.