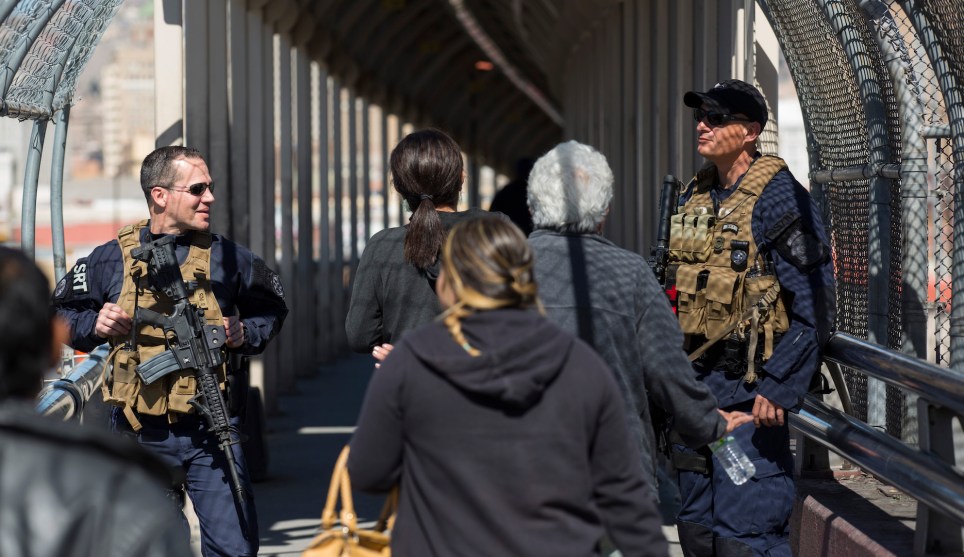 In defending the administration’s border policy amid the family separation crisis, Attorney General Jeff Sessions said on Monday that there was an easy way for parents to avoid being arrested and taken away from their children: “They can go to our ports of entry, if they want to claim asylum, and they won’t be arrested.” A day earlier, Secretary of Homeland Security Kirstjen Nielsen had made the same argument in a tweet, writing that “if you are seeking asylum for your family, there is no reason to break the law and illegally cross between ports of entry.”

This misreporting by Members, press & advocacy groups must stop. It is irresponsible and unproductive. As I have said many times before, if you are seeking asylum for your family, there is no reason to break the law and illegally cross between ports of entry.

But for many migrants, it isn’t so easy.

“On paper it’s totally true,” says Adam Isacson, director for defense oversight at the Washington Office on Latin America, a human rights organization. “It’s perfectly legal to show up at a port of entry and ask the first officer you see. The problem is that at many border crossings, at places like El Paso, at Roma, we’re hearing that [Customs and Border Protection] is sending officers out to the very line and telling people on the bridge, ‘Nope, come back later.’ Or sometimes they even lie to them and tell them they can’t take them, until they give up and cross the illegal way.”

Isacson has been monitoring the human impact of US border security since 2011. He and other members of WOLA flew to Yuma, Arizona, on Tuesday to monitor the situation. The region is currently about tied with El Paso for the second-most family crossings, behind southern Texas.

At some crossings, Isacson says, guards have claimed “capacity issues”—that there isn’t any room for additional people seeking asylum. He notes that while “it does take a while to sit down and interview” asylum seekers, many advocates are reporting that housing for asylum seekers in places like El Paso is “half full.”

The persistence of asylum seekers, who often are forced to camp out for days on end before they can make their asylum claims, can be witnessed in several recent videos. Last week, Annunciation House, an El Paso nonprofit that works with immigrants and refugees, gave the Washington Post a video that showed a father and son from Guatemala being denied entry to seek asylum for the ninth time in nine days. That same week, the Intercept posted a video of a father and son who had to ask seven times to continue on the El Paso bridge and seek asylum, despite already being on the US side of the border. They were eventually permitted to pass. In both cases, CPB cited capacity issues as the reason for denying entry.

Isacson says that although it’s not an official policy, the sense among advocates on the ground is that CBP agents are actively discouraging asylum seekers.

While President Donald Trump has doubled down on his stance that there is an increase in the number of asylum seekers because of “loopholes” that Democrats need to fix, WOLA reports that the majority of asylum seekers come from countries “ranking among the top five most violent countries in the world.”

But that might not be enough for migrants to be granted asylum anymore. Last week, Sessions complicated the matter when he issued a ruling that migrants escaping gangs and domestic violence would not necessarily qualify for asylum. This change in policy could have a significant impact on families trying to cross the border, where the Trump administration is currently separating on average of 65 children a day from their families.