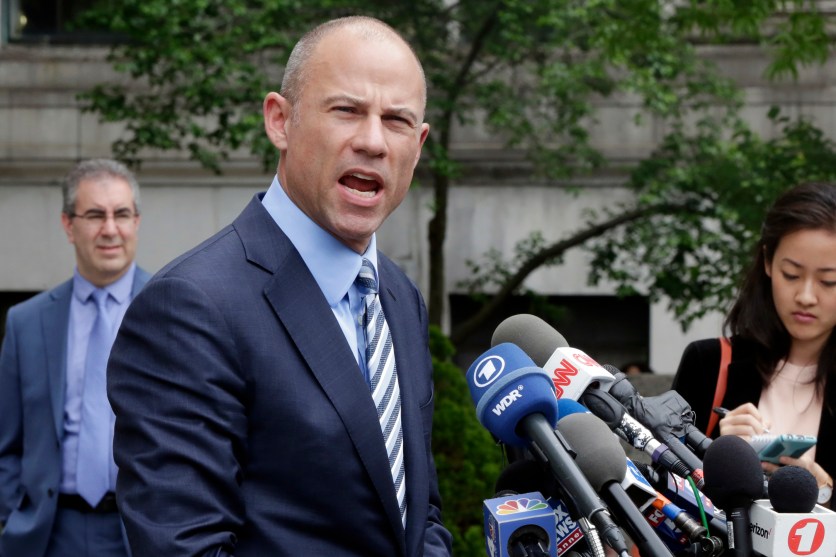 In its April raid of former Trump attorney Michael Cohen’s offices, the FBI reportedly seized a recording of the president and his longtime lawyer discussing payment to former Playboy model Karen McDougal in order to keep her quiet about an alleged affair. The discussion, which took place two months before the 2016 election, was first reported by the New York Times on Friday.

Now, Michael Avenatti, the lawyer for adult film star Stephanie Clifford, known as Stormy Daniels, is suggesting there are more recordings of incriminating conversations between Trump and Cohen. During a round table on ABC News on Sunday, he assured, “This is not the only tape. I can tell you that for a fact. There’s multiple tapes.”

The tapes are “going to prove to be a big problem for the president,” said Avenatti, who said he’d seen some of the tapes but did not disclose how he got access to them. “You know, that old adage, ‘You’ve lived by the sword, you die by the sword,’ is going to be true in this case, because the president knew that his attorney, Michael Cohen, had a predisposition toward taping conversations with people.”

"I think that ultimately, George, Michael Cohen is going to assist us in our search for the truth." #ThisWeek pic.twitter.com/JvApH2997D

Daniels and McDougal have similar stories. Both women allege affairs with the president in 2006, the same year that Melania Trump gave birth to their son, Barron. Just before the 2016 election, Cohen allegedly paid Daniels $130,000 to keep quiet. McDougal, meanwhile, says she sold her story to American Media, Inc., the parent company of the National Enquirer, for $150,000. AMI shelved the story. Both women came forward with their stories earlier this year.

Rudy Giuliani, one of the president’s lawyers, confirmed the conversation between Cohen and Trump about McDougal but claimed that the payment wasn’t ultimately made. “Nothing in that conversation suggests that he had any knowledge of [the AMI payment] in advance,” Giuliani told the Times, adding, “In the big scheme of things, it’s powerful exculpatory evidence.”

Trump took to Twitter on Saturday to criticize his former lawyer, saying recording conversations with a client is “totally unheard of & perhaps illegal.” (New York’s wiretapping laws permit recording such conversations as long as at least one party agrees.)

Inconceivable that the government would break into a lawyer’s office (early in the morning) – almost unheard of. Even more inconceivable that a lawyer would tape a client – totally unheard of & perhaps illegal. The good news is that your favorite President did nothing wrong!