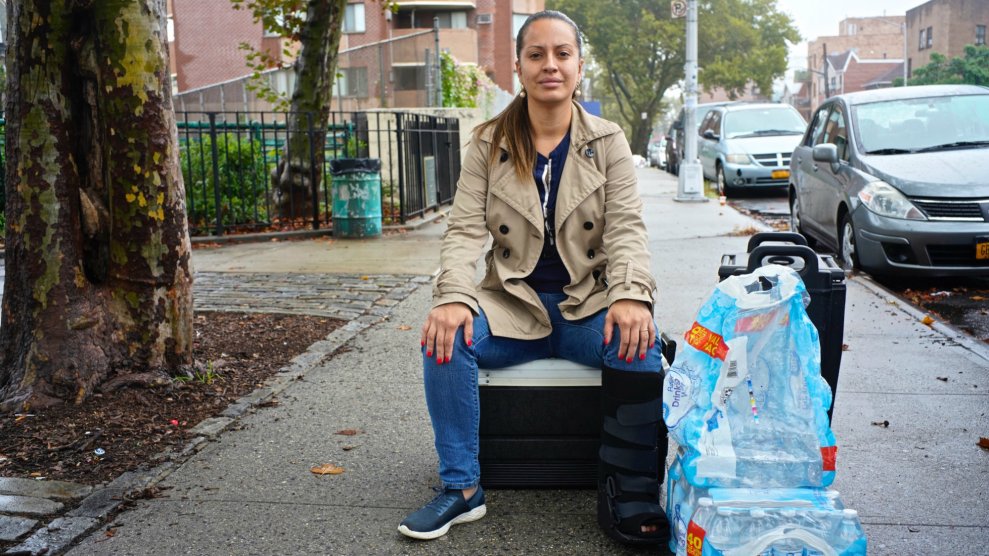 One candidate fled the violence of Colombia with her mom at age nine. Another fled the Taliban at age six. A third says his parents were almost deported from the United States.

Catalina Cruz and Safiya Wazir won their primary elections in New York and New Hampshire respectively last week, while William Tong is campaigning to become Connecticut’s first Asian American attorney general. They’re representative of a surge of minority candidates in this year’s midterm elections, in which more women and people of color are not only running for office—but also winning votes and unseating entrenched politicians.

Cruz, a former housing lawyer and one of the first Dreamers to run for office in New York, says the Trump administration’s anti-immigrant stance prompted her to enter the race for State Assembly in Queens. “I have this privilege,” Cruz told Mother Jones. “I’m formerly undocumented, I’m a lawyer, I have these connections…Why am I not using it for something more than managing a state agency?”

Wazir, a former Afghan refugee running to become a state representative in Concord, New Hampshire, campaigned door to door while pregnant with her third child. The 27-year-old trounced a longtime Democratic incumbent who ran an anti-immigrant campaign and questioned how a wife and young mother could be an effective legislator.

“It gives me so much energy to be backed from the people themselves,” a jubilant Wazir told the Concord Monitor as the election results came in, showing she had won by more than a 2-1 margin. “It’s driven me to be positive.” If she wins her election in November, Wazir could become the first former refugee to serve in public office in New Hampshire.

For Tong, who won his primary to become the Democratic nominee in August, the attorney general race represents an opportunity to bring more diverse experiences into the political conversation. His parents, for instance, only ended up staying in the US after his father, a Chinese immigrant, wrote an impassioned six-page letter to Richard Nixon, who then allowed them to remain in the country.

“I wanted to give voice to people who are invisible and feel invisible like my family,” Tong told Mother Jones.

Recharge is a weekly newsletter full of stories that will energize your inner hellraiser. Sign up at the bottom of the story.

Have a Recharge story of your own or an idea to make this column better? Fill out the form below or send me a note to me at recharge@motherjones.com.