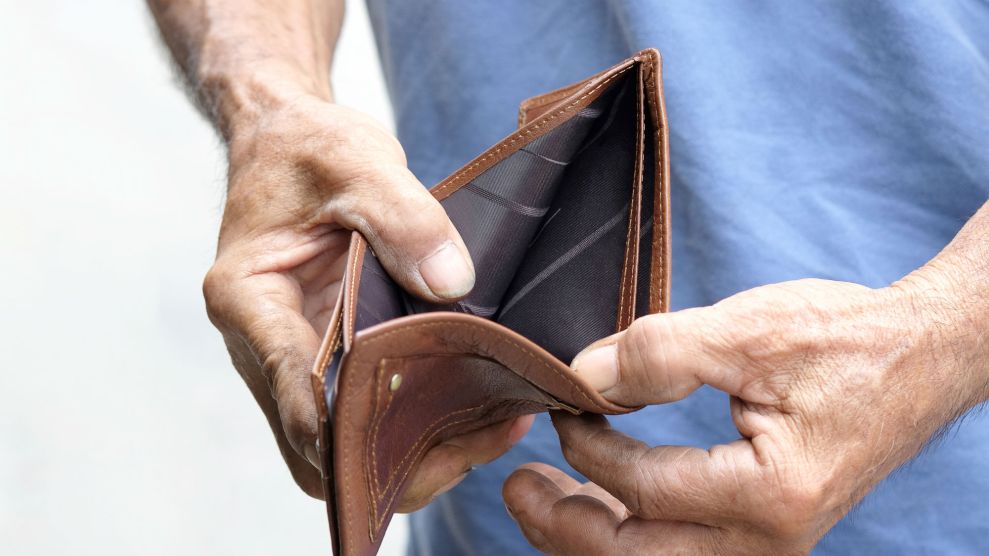 So is it actually true? Well, according to the paper’s coauthors—assistant professors Sandra Matz of Columbia Business School and Joe Gladstone of the school of management at University College London—previous research has shown that people who are more agreeable tend to have lower incomes and worse credit scores than less-agreeable ones. Matz and Gladstone wanted to find out whether “agreeableness,” a measurable trait, is associated with other bad financial outcomes—and also to figure out why.

Scrutinizing data from various sources totaling millions of individuals, they found that more-agreeable people also had higher default rates, lower savings rates, and more debt. But they say this is not, as other researchers have suggested, because agreeable people are more accommodating and less confrontational and therefore make lousy negotiators compared with disagreeable ones.

In an email, Gladstone said he and Matz were “surprised when we found that having a nice personality is linked to higher rates of bankruptcy, based on data from over 3 million people. Similarly, we were surprised to find evidence that even when agreeableness was measured in childhood, this measure still predicted greater financial hardship decades later. Thus, the consistency of findings across very different types of data is a strength of this research.”

“Being kind and trusting has financial costs, especially for those who do not have the means to compensate for their personalities.”

The authors also present evidence they say supports the notion that having a laissez-faire attitude toward money creates bigger financial problems for agreeable poor folks than for agreeable rich ones. No joke. If you’re wealthy, mismanaging your money will cost you considerably more than it would cost a poor person, but that poor person might end up on the street, whereas you probably won’t. (You might, however, end up robbing banks.)

In short, as Matz put it in the statement announcing the study, “Being kind and trusting has financial costs, especially for those who do not have the means to compensate for their personalities.”

But one big question: Given that there’s a body of scholarship linking materialistic values with psychological insecurities, could it be that people who care deeply about money tend to be less agreeable, as opposed to the other way around? “I think you’ve hit the main caveat, which is simply about causality,” Gladstone replied. “While our datasets are very large, and sometimes longitudinal, we still cannot say for sure that agreeableness causes changes in financial behavior.”

The jargon deployed in the studies—Cronbach’s alpha, Rahim Organizational Conflict Inventory-II, and so on—is beyond my pay grade, so I asked Michael Kraus, a social psychologist at Yale School of Management, to give the paper a read. Kraus studies “the behaviors and emotional states that maintain and perpetuate economic and social inequality.”

He wrote back: “In some ways this looks to be well done and in others it is missing key information. In terms of it being well done, it uses different sources of data and different measures of financial health. It’s interesting that trait agreeableness comes out as a predictor of financial hardship…But the logic about how this effect develops is still not clear from the study.”

The authors, Kraus explained, only account for current employment status—not the industries people work in or the jobs they do. Perhaps people who are more agreeable gravitate toward more socially focused industries that pay them less? “I could see this being totally driven by job choice and so I’d need that information to be convinced,” he said.

I ran this past Gladstone. “Differences in the wages of jobs people go for could not fully explain our results,” he said, “as we control for income in our first couple of studies.” But Kraus is correct that divergent job choices “is a plausible hypothesis that could contribute to the effect we see.”

Personally, I’m not so good about managing money and I also ended up going into journalism, a low-paying profession. I would like to think this is because I’m so agreeable—but I fear my colleagues may disagree.