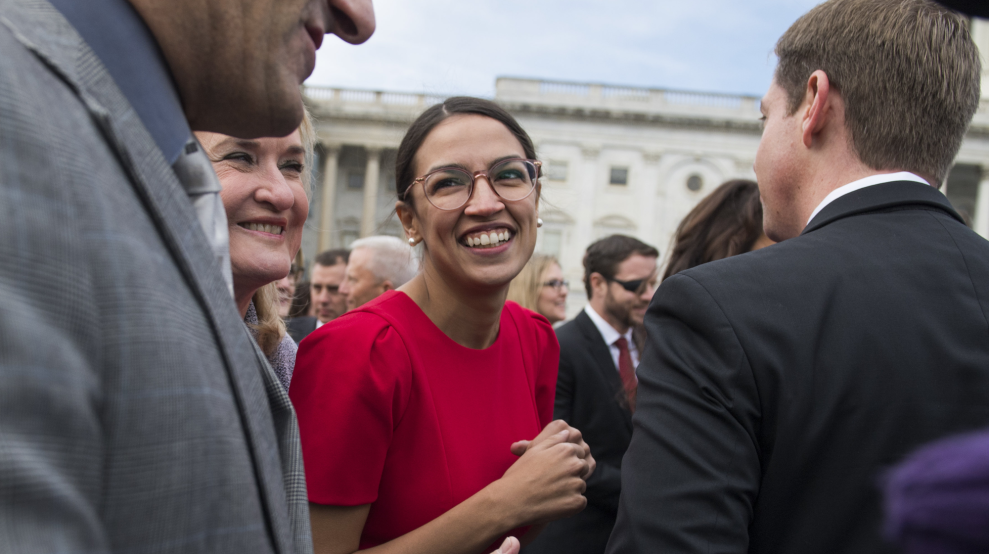 On Monday, CNBC published an investigation into the personal finances of New York congresswoman-elect Alexandria Ocasio-Cortez, which revealed that the 29-year-old has less than $7,000 in savings.

The story, which was roundly criticized as condescending, ultimately determined that while normal for her age and background, Ocasio-Cortez’s finances were far from ideal. “I hope, now that she will be making $174,000 in the House, she will save more of her money,” one financial planner told CNBC. “Washington is an expensive place to live, though.”

The story came days after a reporter from the conservative Washington Examiner tweeted a photo of Ocasio-Cortez and questioned how the Bronx native could afford to buy the black jacket she was wearing. “I’ll tell you something: that jacket and coat don’t look like a girl who struggles,” the reporter, Eddie Scarry, wrote in the since-deleted tweet.

These pseudo-scandals add to a rapidly expanding list of conservative attacks directed at Ocasio-Cortez since she stunned the political world in June by unseating Rep. Joe Crowley, a powerful 10-term incumbent, in the Democratic primary in New York’s 14th Congressional District. The attacks, which are regularly featured on Fox News, often rely on sexism or stereotypes of what economic struggle should look like in hopes of undermining Ocasio-Cortez’s progressive credentials.

But Ocasio-Cortez has turned nearly every new salvo aimed in her direction into an opportunity to demonstrate her deftness at shutting down critics, especially on social media. Here’s her response on Tuesday, one day after CNBC published its story:

The retort not only dismisses the attention paid to her personal finances; it also demands that the spotlight be cast on far more consequential issues, including evidence that President Donald Trump’s family engaged in illegal schemes to avoid paying taxes. (That bombshell investigation was swallowed up in the relentless news cycle.)

Soon after, Ocasio-Cortez also struck back at Sarah Palin, after the former governor of Alaska linked to a story claiming Ocasio-Cortez had fumbled a “basic civics” statement.

Now that’s *TWO* fallen GOP Vice Pres candidates going after a freshman Congresswoman that’s not even sworn in yet.

Isn’t it a little early to be bringing out the big guns?

Especially when they look like the FWD:RE:FWD:WATCH THIS grandpa emails from the ‘08 election they lost https://t.co/TijjLgJ0MI

And here she is in July after a conservative pundit posted a photo of a house she grew up in. “A far cry from the Bronx hood upbringing she’s selling,” John Cardillo wrote, as if he had uncovered damaging intel that destroyed Ocasio-Cortez’s personal story. This was her sharp response:

2. It is nice. Growing up, it was a good town for working people. My mom scrubbed toilets so I could live here & I grew up seeing how the zip code one is born in determines much of their opportunity.

It’s safe to assume that the political spotlight will remain on Ocasio-Cortez, and likely intensify, as she takes her place in Congress in January. But each new attack gives Ocasio-Cortez a chance to hone her social media presence—a respite from the daily, far less artful Twitter mutterings of the president.