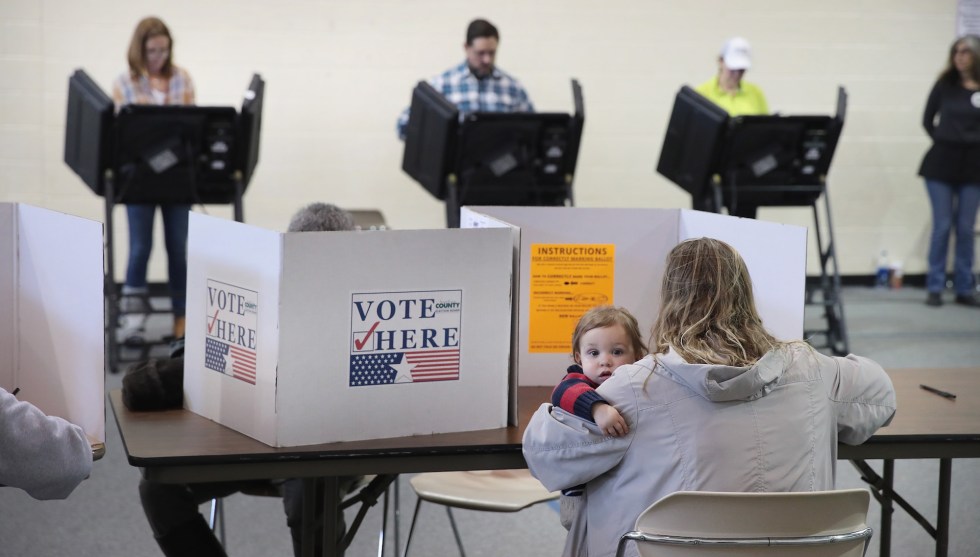 Voters in Missouri and Arkansas gave themselves a raise on Tuesday. Ballot initiatives in both states passed on Tuesday, with the minimum wages in the Missouri now scheduled to increase to $12 by 2023 and go up to $11 by 2021 in Arkansas. According to the Fairness Project, a national group that assisted organizers in both states, the raises will effect over 900,000 minimum wage workers between the two states.

The last federal minimum wage hike was in 2009 when Congress raised the national level to $7.25 an hour. Despite stalling at the federal level, 29 states and the District of Columbia have a minimum wage that is higher than the national minimum. In 2016, Arizona, Maine, Colorado, and Washington had ballot initiatives to raise the minimum wage. The measures passed in each state.

Cheyenne Mauzy loved her job working as a part-time childcare worker. It provided her the flexibility to take care of her 10-year-old son, who has an autoimmune disorder and frequently needs to see doctors three hours from their home in Springfield, Missouri. The problem was that making the minimum wage, just $7.85 in the state, barely made a dent in her household expenses.

“It was very hard to even pay one bill with my paycheck,” says Mauzy, a 28-year-old mother of three. “I loved certain parts of my job—I loved the flexibility that I had, that I didn’t have to worry about child care expenses, but it made it really hard because it wasn’t really supplementing the income my husband had.”

Even though Mauzy started a new full-time job in insurance billing a few weeks ago, making $11.22 an hour, she says the cost of childcare means the choice to work full time has just led to more financial tradeoffs for her family. Her situation as a working mom is exactly why she decided to get involved in phone banking and sharing her story for Missouri Jobs with Justice, a group that has been organizing in support of a ballot initiative that, if approved by voters in November, would raise the state minimum wage to $12 an hour by 2023.

“Seventy-seven cents an hour doesn’t seem like a lot,” Mauzy says, “but that’s a lot in a pay period. That adds up a lot when you’re a mom who has to go back to work.”

A similar ballot initiative was up for a vote in Michigan before state lawmakers passed their own version of minimum wage legislation that would be easier to repeal, taking away the opportunity from voters to decide the matter at the ballot box.