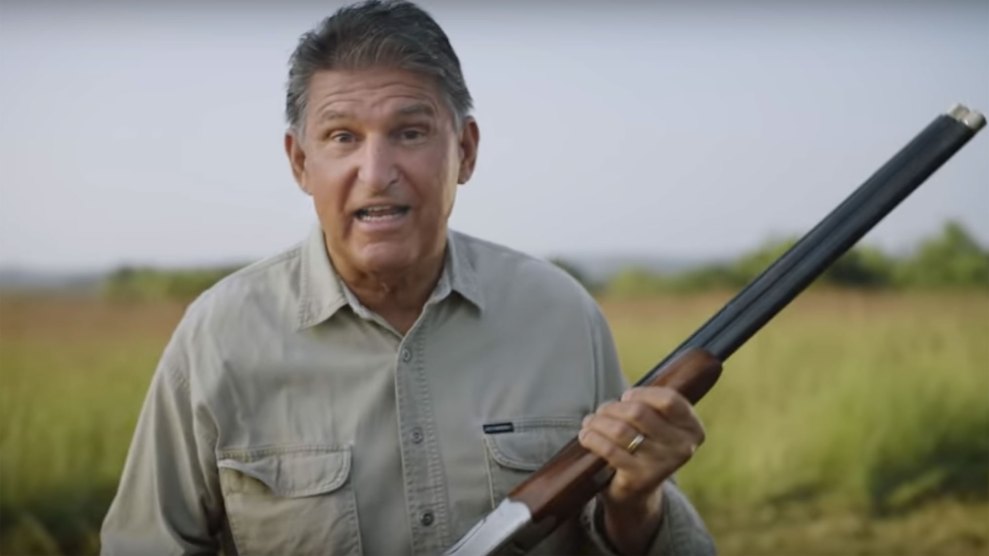 On paper, there was no more embattled Democrat going into the 2018 elections than West Virginia Sen. Joe Manchin. Running for re-election in a state President Donald Trump carried by 42 points, Manchin appeared trapped in an impossible situation—defy the president and face the full rage of the Right, or sell out his own party. Manchin, as he always does, did just enough of both to somehow make it work. On Tuesday, after a general election campaign that never quite turned into a squeaker, Manchin dispatched Republican attorney general Patrick Morrisey. Democrats may not win the Senate, but they still managed to hold West Virginia.

In his previous two races, Manchin faced off against John Raese, a Republican media baron who had lost three previous statewide elections and earned the nickname “Crazy Raese,” because he was. Raese proposed weaponizing space—”We need 1,000 laser systems put in the sky and we need it right now”—and put out a casting call for “hicky ‘blue collar'” actors to play West Virginians in a campaign ad. Surprise! Manchin won fairly easily.

But 2018 was supposed to be different. West Virginia politics has been flipped almost completely upside down over the last decade, from a Democratic stronghold—even John Kerry almost won it—to a Republican-dominated government where Hillary Clinton was persona non grata. It was Trump’s best state in 2016, after Wyoming. Over the next year, dispatches from “Trump Country” seemingly replaced coal and natural gas as the state’s greatest export.

But Morrisey’s weaknesses were exposed during a contentious (to put it very gently) Republican primary with Rep. Evan Jenkins and disgraced coal baron Don Blankenship. Though he was running on his record of fighting the opioid epidemic, he was himself a former lobbyist for the pharmaceutical industry. And perhaps more damning, he was actually from New Jersey. His campaign was counting on Trump to prop him up, but that was a problem masquerading as a solution; in a state where Republicans have dispatched all comers with ease, their nominee couldn’t pull his weight.

Manchin has been a source of endless frustration to progressives since he first came to Washington. In a year where another West Virginia Democrat, Richard Ojeda, tried to rewrite the book on Appalachian politics with an audacious populist campaign, Manchin is a centrist and an institutionalist who threatened to retire over a government shutdown. He’s opposed climate change legislation—in one ad, he shot it—speaks highly of Trump, and cast the 52nd vote to confirm Brett Kavanaugh to the Supreme Court. Republicans pointed out that his vote came too late to matter; Democrats pointed out that his explanation made no sense. Joe Manchin may be a political anti-hero. But no one’s vanquished him yet.