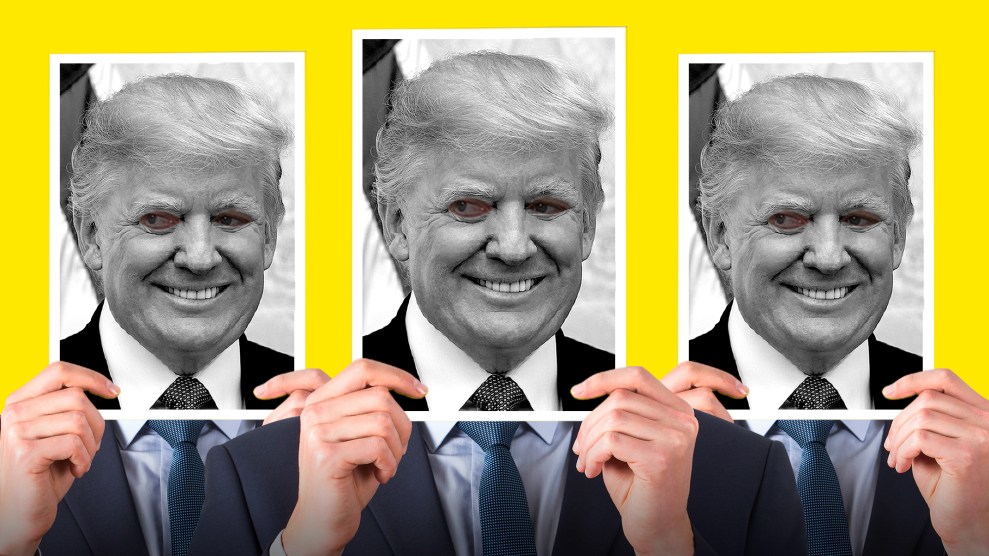 While many congressional Republicans stay silent in the face of President Donald Trump’s ceaseless outrages, a few House members have tapped into their own inner Donalds, embracing his brand of shamelessness, corruption, and unabashed racism—all while offering him blind fealty, of course.

Rep. Steve King (R-Iowa): Known for his unapologetically racist dog-whistling, he has kept a Confederate flag on his desk, called illegal immigration a “slow-­motion holocaust,” and once declared, “Diversity is not our strength.” He also said Trump should get the Nobel Peace Prize.

Rep. Chris Collins (R-N.Y.): Collins, the first member of Congress to endorse Trump in 2016, is running for re­­election even though he was indicted for insider trading in August. His loyalty to the president has made him a minor power player—Paul Ryan even asked Collins to personally endorse his bid to remain House speaker.

Rep. Matt Gaetz (R-Fla.): He introduced a bill to abolish the Environmental Protection Agency and has called for special counsel Robert Mueller to resign. Trump praised him as “one of the finest and most talented people in Congress.”

Rep. Dana Rohrabacher (R-Calif.): The pro-Putin congressman has called the Russia investigation “a brouhaha about nothing.” His constituents, he said, “are not concerned about Russia…They are concerned about illegal immigrants coming into their neighborhood and raping people.”

Rep. Devin Nunes (R-Calif.): As head of the House Intelligence Committee, Nunes has run interference for Trump from day one. He said he was stepping away from the committee’s Russia probe, but he’s continued to muddy the waters with furor over his secret memo and the “unmasking” of Trump associates.

Rep. Mark Meadows (R-N.C.): The leader of the ultraconservative House Freedom Caucus has been one of Trump’s most reliable attack dogs and confidants. In 2012, he echoed Trump’s racist birtherism, declaring, “We’re going to send Mr. Obama home to Kenya or wherever it is.”

Rep. Louie Gohmert (R-Texas): He once claimed terrorists would send women to the United States to have babies who would be trained to attack America. Asked about Trump’s “shithole countries” remarks, he said, “I’m not going to defend his language, but I will defend his frustration.”

Rep. Jim Jordan (R-Ohio): The House speaker wannabe has been fending off mounting allegations that he ignored the sexual abuse of wrestlers when he was a coach at Ohio State University. He’s called for the impeachment of Deputy Attorney General Rod Rosenstein. Trump praised him as “a warrior for me!”

Rep. Paul Gosar (R-Ariz.): The dentist-turned-­politician has suggested the white supremacist rally in Charlottesville, Virginia, was engineered by Democrats and has called for the prosecution of attorneys who aid undocumented immigrants.

Rep. Duncan Hunter (R-Calif.): In 2015, Hunter proposed blocking federal funding from sanctuary cities in a bill Democrats dubbed the “Donald Trump Act.” In 2016, he became the second member of Congress to endorse Trump’s presidential bid. In August, he and his wife were indicted for allegedly using his campaign coffers as a piggy bank.

Rep. Scott DesJarlais (R-Tenn.): He’s a family doctor who’s bragged about his pro-life record—despite allegedly advising his ex-wife to have two abortions and pressuring a patient he had an affair with to get one, too.