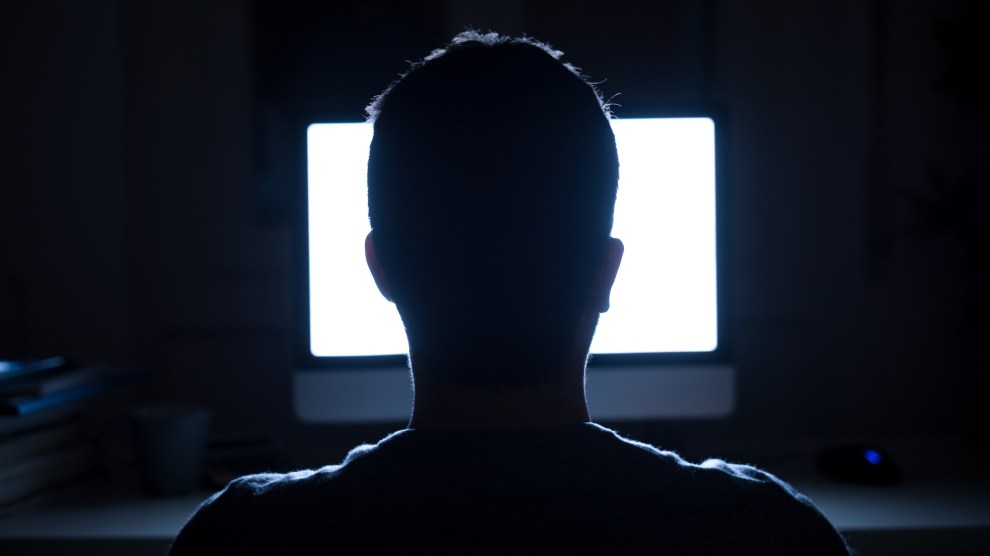 On the first Friday of November, a gunman walked into a Tallahassee yoga studio and shot seven people. The shooting left two women dead, as well as the gunman, who killed himself at the scene. In April 2018, a man in Toronto killed ten pedestrians by intentionally plowing a rented van into a busy street. The Florida shooting may have taken place seven months and nearly 1,500 miles away from the attack in Toronto, but the two perpetrators had something in common: they both described themselves as incels, or involuntary celibates, and had a long history of threatening women online.

Incels are members of an online community of primarily men that has proliferated in recent years. An abbreviation for the term “involuntary celibates,” incels believe that because of their appearance, or the bias and behavior of women, they are unable to find a partner despite wanting one. With an emphasis on “involuntary,” incels often feel that they are entitled to sex. Some believe the government should provide women for sex, while the more extremist members of the group have even proposed that female relatives should be forced to be their sex partners.

The Tallahassee shooter, Scott P. Beierle, began posting incendiary videos to YouTube in 2014, which employed many familiar incel beliefs: misogyny, racism, and the worship of other incel heroes. He ranted about the “whores” who had scorned him, and he railed against interracial relationships. Like Alek Minassian, the Toronto attacker, Beirle also praised Elliot Rodger, a shooter who left six dead and 14 injured in a 2014 California mass murder. According to the Southern Poverty Law Center, Rodger once wrote a misogynistic manifesto that has made him a hero to many incels. In 2017, posts on an incel subreddit celebrated Las Vegas shooter Stephen Paddock, who killed 58 and injured more than 800 concertgoers, for having killed “normies.” In response, Reddit, one of the platforms where the group saw its initial rise, banned the incel subreddit.

Not all incels advocate violence against women. Many restrict their misogynistic views to online, resigning to the idea that they are too “ugly” for a relationship. As Aja Romano reported for Vox, some have even sought the aid of therapy and support groups to deal with their pain. However, the strong ties between the online community and offline violence have raised enough red flags for the Southern Poverty Law Center to categorize this subset of male supremacy as a hate group.

In contrast to other extremist groups, very little research has been done on the relationship between incels and mass violence. Emily Rothman, a professor of community health sciences at Boston University, is one researcher seeking to better understand that connection. Rothman, who recently began looking at incels online, has authored dozens of papers focusing on intimate partner violence and violence against women. Her work has also been used by prominent organizations including the World Health Organization and US Centers for Disease Control and Prevention in violence prevention efforts.

Mother Jones recently spoke with Rothman about how public health research could help identify the relationship between the incel identity and mass violence.

Mother Jones: You mentioned in a recent tweet that after the Tallahassee shooting, you attended an NIH meeting about dating violence where you brought up incels. What happened?

Emily Rothman: Since I’ve done research on alcohol and dating violence, some of my funding has come from the part of the National Institute of Health that funds alcohol-related research. We were talking about alcohol and substance use disorder health for people with sexual and gender minority orientations. I was asked to be a discussant, so part of your job is to ask about the future – what should we be thinking about? Where should we be moving toward? And one of the points that was on my mind given [the recent shooting] was the topic of incels. There were some blank looks [from the other participants], so I’m not sure if they thought it was a bad idea or weren’t familiar with the term. But it is an identity for some people and we have to think about what that might have to do with aggression.

“It is an identity for some people and we have to think about what that might have to do with aggression.”

MJ: In what ways do incels relate to your other research? What are the characteristics that make up the identity?

ER:  People in the media tend to focus on the idea that [incels] think that the government should force people to have sex. But when I go on these subreddits, there’s an extreme sadness in this group of people. Extreme loneliness.  There’s a fixation with their physical appearance and shame they have so little experience with women. There isn’t a middle ground of “what can I do to acquire the skills that I need to connect with women?” There seems to be a fundamental lack of understanding of how dating and attraction work and that it isn’t solely about appearance.

[In my work] with people who perpetrated dating violence, domestic violence, sexual violence, I’ve come up against people who—I don’t know whether they identify as incels or not—certainly have some attitudes that were consistent with that ideology. It got me thinking, as someone who’s pretty much devoted my career to trying to figure out what makes men perpetrate violence against women, how many [incels] are there? Do we have to worry about this or think about it? There was a recent Atlantic article about the increasing number of young people in the United States who are celibate or abstinent, either by choice or not. People are starting to think about what it means when people aren’t having sex —how does it influence behavior or social connectedness in general?

ER: The main problem is that we don’t know how prevalent this problem is. It could be that there are relatively few people who identify this way. On the other hand, it could be far more prevalent than we realize. At this point, there have been mass shootings by people who identify as incels. Getting at the scope of the problem would help us figure out what other kinds of harm this might be causing. Mental distress, lost work time, lost productivity, etc, [are also potential] costs to society. It is possible that if we knew more about how to identify the subgroup of people who are more likely to fall into this category. and therefore be at higher risk of perpetrating these particular harms, we would be able to come up with interventions to help pick them out.

MJ: Given what we know about other public health outreach, how would you be able to reach this group of potential offenders before they commit violence?

ER: Normally for domestic violence or homicide, that usually isn’t the first time someone has committed or threatened violence. It might be the first time that people noticed it or it makes the news, but there are normally behaviors that have preceded that. In the case of incels, it could mean taking seriously every instance of stalking or hate speech directed at women. So, if you’re a college administrator, and it has been brought to your attention that someone has engaged in some comments that are worrisome, you need to have a thoughtful policy or practice about what can we do to get [that individual] what they need so that they reach a healthier social skill? Another way would be to identify the characteristics of those who are in this group, so when we consider them at high risk for some of the harmful behaviors, we can reach them with interventions.

“This isn’t a new idea for those of us in public health. We look at people who are at high risk for heavy episodic drinking, like particular sports teams or fraternities.”

This isn’t a new idea for those of us in public health. We look at people who are at high risk for heavy episodic drinking, like particular sports teams or fraternities. Even if they haven’t done anything wrong yet, we know from looking at the patterns in data that these are subgroups where we might expect that, unless we do some kind of intervention, there’s a risk of some kind of alcohol-related incident.

MJ: Is there any sense of what interventions could look like in these cases? Perhaps early-stage intervention, like sex education?

ER:  We call that primary prevention and there are programs that do things like social emotional learning or address gender norms in schools, or even campaigns that would take place in a neighborhood. So that’s a way of getting at it—targeting all people and blanketing them with some prevention messages that would be helpful no matter who you are, but ideally would help to create the impression for people who ultimately are going to wind up being at high risk that this is a community, or school or workplace, where those kinds of actions are not the norm and are not okay.

MJ: Given all this, would you consider incels a public health problem?

ER:  I think there is a public health question, but I hesitate to call something a public health problem until we have firm evidence in hand that there are prevalent consequences for people, and it’s something that we can intervene upon. But as a public health professional and expert, I certainly am aware that there are things that emerge over time as new phenomena. For example, we didn’t use to have something called cyberbullying, right? But somebody somewhere at one point had to start looking at that and saying, wow, I think we’re seeing something here and this is a potential public health problem. We’re at an earlier phase, but that doesn’t mean it isn’t one.  It appears to be a new and emerging threat. The point is, we don’t know, but there appears to be enough accruing information about decreasing rates of sexual activity in younger populations combined with the sort of online activity about involuntary celibacy that makes you curious. I would hope to be able to encourage [research] funding agencies and the legislators who are responsible for the budgets of those funding agencies to consider it a population of interest.

This conversation has been edited for length and clarity.