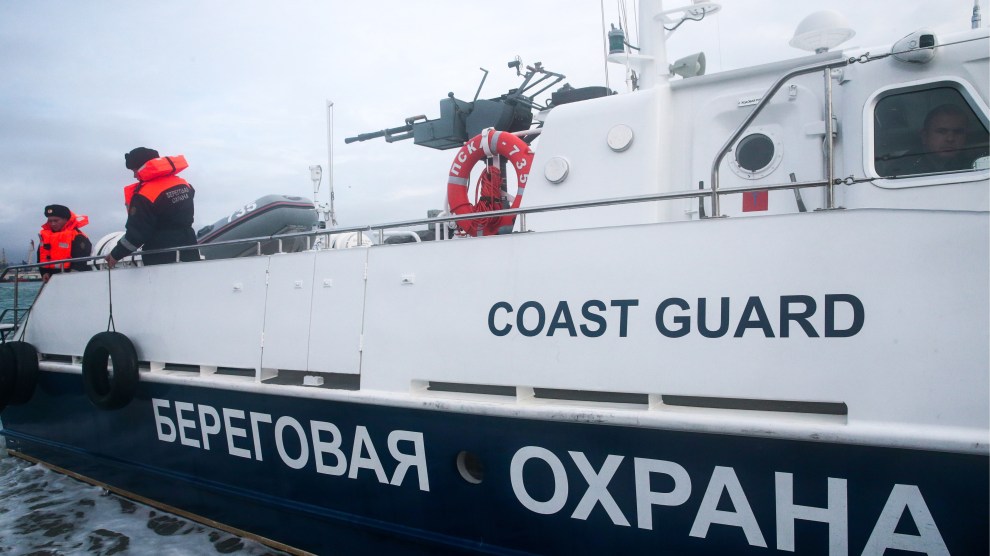 In late November, after Russian vessels opened fire and seized three Ukranian ships near the Crimean peninsula, researchers said internet trolls with a history of sharing Russian propaganda targeted at Western audiences shifted their focus to the crisis near Russia’s own borders.

Hamilton68, which tracks profiles it believes are Russian-linked, showed accounts posting a high frequency of tweets about Ukraine and the naval conflict in the Kerch Strait last week. While Hamilton68 and its parent organization, the Alliance for Securing Democracy, have been criticized for a lack of transparency about the accounts they follow, other researchers not affiliated with the group say they’ve also noticed the shift.

Dr. Steve Kramer, a social media researcher and founder and head of Paragon Science, a firm that spots bots and irregular social media trends, said that his own analysis of 52 accounts he believes are of Russian origin shows they are exhibiting similar patterns to Hamilton68’s findings. The accounts’ tweets reached a collective audience of 60,429 followers, according to Kramer’s data.

Nineteen of the accounts, which in the last several months had been tweeting about hot-button American topics like the Texas Senate race, the migrant caravan, George Soros, and Democratic leader Nancy Pelosi, switched to tweeting about the ongoing Russian-Ukrainian naval conflict in the Kerch Strait.

Kramer focused on the accounts because of their history of sharing Russian propaganda, particularly from Russian sites like RT.com and Sputnik, and because of behavior he says strongly suggests they’re at least partially automated. While there are real Americans who agree with the Kremlin and pump out its messaging on social media, Kramer looks for accounts acting in a way that suggests they could be bots. Such accounts are often vague about the user’s true identity and tweet at volumes higher than possible for a human being. Kramer also examines the timing between posts and sequences of words within tweets. People have more complex and less predictable behaviors, which can help identify automated accounts.

“What we can’t say for sure is who behind the accounts,” Kramer qualified.

“Russian control is difficult to prove, especially on Twitter. But at first glance, I think these [initial] findings give credence to an assertion that these are pro-Kremlin accounts,” he added, emphasizing that the accounts might not be under direct government control.

This isn’t the first time analysts have noted accounts abruptly switching their focus from high-profile internal US matters to policy issues more clearly related to Russia.

“Russian control is difficult to prove, especially on Twitter.”

Around the time of the 2017 chemical weapon attacks in Syria, for example, Russian troll accounts pushed the narrative that the chemical attacks had been staged, going so far as to establish the groundwork for this claim months before the attack. After Malaysian Airlines flight MH17 was shot down over Ukraine, Russian Twitter trolls began focusing on the crash.

“We know that the Russian troll farm got told, ‘Drop everything and post everything about this,'” said social media researcher Ben Nimmo, a fellow at the Atlantic Council’s Digital Forensics Lab who closely tracked the MH17 tweets.

Although Nimmo cautions he has not specifically researched suspected Russian accounts’ recent activity regarding the Kerch Strait, he says such a shift after “a potentially serious geopolitical situation…would fit the pattern that we’ve seen.”

Though the troll accounts’ occasional focus on Russian issues is often overlooked in US media, Nimmo says it’s a reminder that people in Eastern Europe have been dealing with social media manipulation long before the 2016 American presidential election: “One thing a lot of people forget is that Russians were the first victims.”