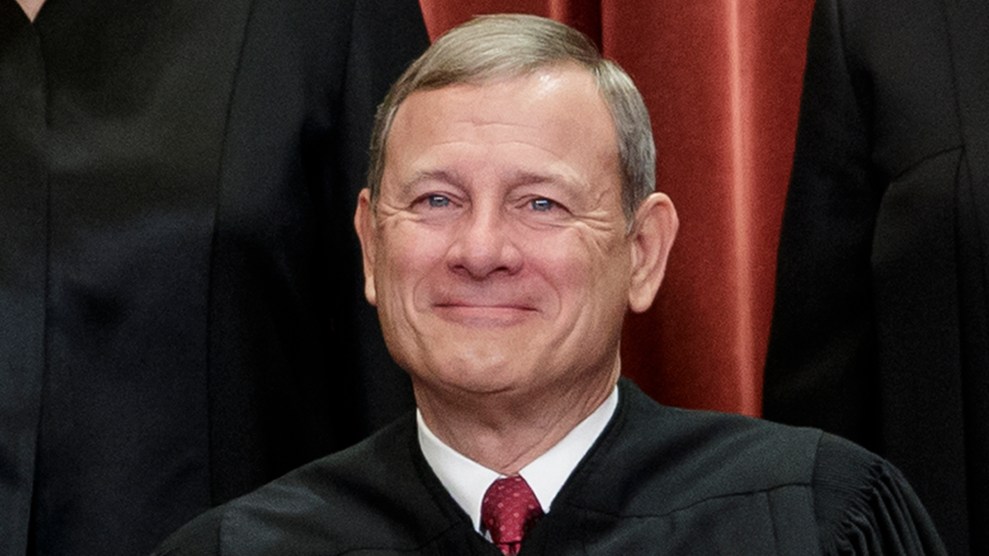 The Supreme Court rejected the Trump administration’s request to let it immediately ban people from receiving asylum if they cross the border between official ports of entry. Chief Justice John Roberts joined with the court’s four liberal justices on Friday to uphold a temporary restraining order that blocks President Donald Trump’s asylum ban from going into effect.

Trump issued the asylum ban on November 9 in response to the migrant caravans he demonized in advance of the midterm elections. The ban conflicts with US immigration law, which states that migrants are eligible for asylum “whether or not” they arrive “at a designated port of arrival.”

Jon Tigar, a district court judge in California, temporarily blocked the ban on November 19 after finding that it “irreconcilably conflicts” with immigration law and congressional intent. “Whatever the scope of the President’s authority, he may not rewrite the immigration laws to impose a condition that Congress has expressly forbidden,” Tigar wrote.

Trump latched on to the fact that Tigar was appointed by former President Barack Obama. “This was an Obama judge, and I’ll tell you what, this is not going to happen anymore,” he said November 20. Roberts issued a rare rebuke of a sitting president the next day. “We do not have Obama judges or Trump judges, Bush judges or Clinton judges,” he said in a statement. “What we have is an extraordinary group of dedicated judges doing their level best to do equal right to those appearing before them. That independent judiciary is something we should all be thankful for.”

Earlier this month, the Ninth Circuit Court of Appeals upheld Tigar’s temporary restraining order in a 2-1 ruling. “Just as we may not, as we are often reminded, ‘legislate from the bench,’ neither may the Executive legislate from the Oval Office,” Jay Bybee, a George W. Bush appointee, wrote for the majority.

The Trump administration appealed to the Supreme Court. Roberts, who was also appointed by Bush, sided with the court’s four Obama- and Clinton-appointed judges and against the president on Friday to keep the asylum ban blocked. Justice Ruth Bader Ginsburg voted to continue to obstruct the ban from the hospital after undergoing surgery for lung cancer.

NBC News has learned Justice Ruth Bader Ginsburg voted FROM HER HOSPITAL BED to refuse to let the government enforce Pres. Trump's proposed restriction on asylum. The court voted 5-4 to leave a lower court ruling in place that blocks enforcement of the crackdown. @PeteWilliamsNBC