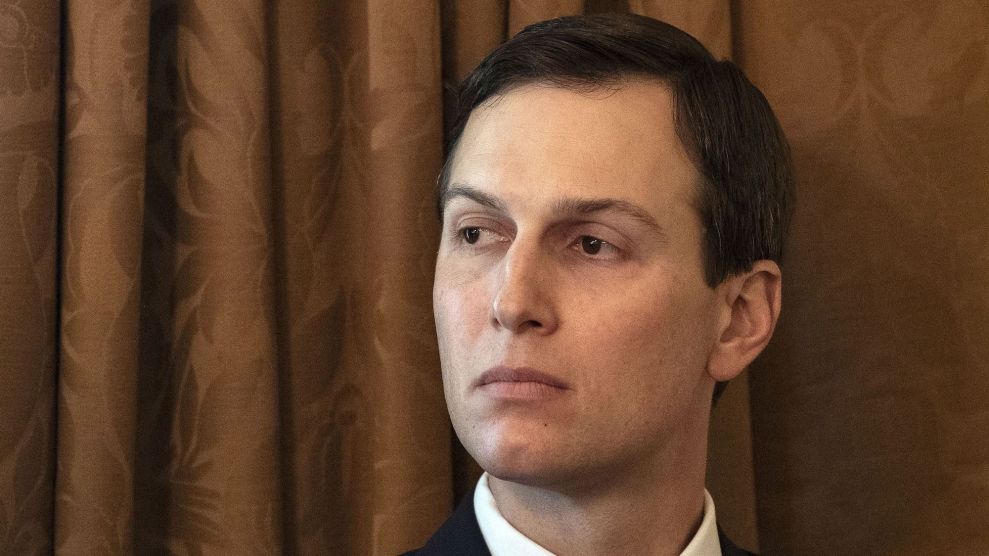 A top House Democrat launched a broad investigation Wednesday into what he calls “grave breaches” in the security clearance process at the White House and on Donald Trump’s presidential transition team.

In a letter to White House Counsel Pat Cipollone, Rep. Elijah Cummings (D-Md.), the chairman of the House Oversight and Reform Committee, highlighted how throughly the administration has stonewalled past congressional requests for information on the topic. “For the past two years, I have sought information with other Committee Members about a series of extremely troubling incidents regarding the security clearances of some of President Trump’s top aides, but the White House has refused to provide the information we requested, often ignoring our requests completely,” Cummings wrote.

Cummings’ letter is a new signal that he plans to wield the subpoena power he gained when Democrats won control of the House to push the White House to address inquiries that it blew off when Democrats were in the minority. The letter also reveals Cummings’ oversight strategy: He is linking various arguably disparate Trump controversies under the broad topic of security clearances. Focusing on clearances, a matter that is hard to dismiss as frivolous, may help overcome White House opposition to oversight.

In his initial application for a top clearance, Kushner failed to disclose meetings with Russia’s ambassador and other officials, including one where he suggested setting up a back channel to the Kremlin during the transition. Kushner has repeatedly amended his security clearance forms to correct errors and omissions, but has retained access to sensitive information.

Cummings notes that the White House has refused turn over information on whether Bolton, after his selection as national security adviser, disclosed his appearance in a strange video address touting gun rights. Bolton recorded the video for a Russian pro-gun group established by Maria Butina, who pleaded guilty in December to acting as an unregistered Russian agent in the United States. Democrats argue that the video represented a foreign contact that Bolton was required to reveal.

Cummings wants to know how Flynn kept his security clearance in the weeks after then-acting Attorney General Sally Yates informed White House officials that Flynn had lied to Vice President Mike Pence and others about his conversations during the transition with Russia’s ambassador. Flynn Jr., who reportedly obtained a clearance while working for his father on the Trump transition team, was reportedly investigated for his role assisting in what Flynn Sr. later admitted was illegal lobbying for Turkey in 2016.

The letter also seeks information on how Porter maintained an interim security clearance after the White House learned of domestic violence allegations against him, and on how former Breitbart writer Sebastian Gorka worked as a White House counterterrorism aide throughout 2017 despite reportedly failing to get a security clearance. Cummings also wants the White House to explain the abrupt firing of John McEntee, a personal assistant to Trump. The Washington Post reported that McEntee was ousted due to a gambling habit.