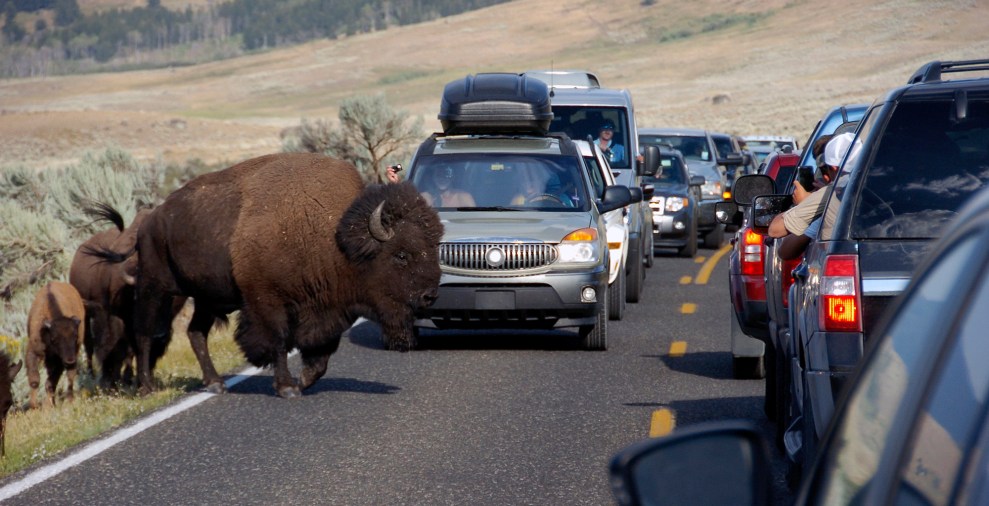 When I was a ranger at Crater Lake national park in the 1980s, the average snowfall at headquarters was 500 inches a year, and snow could accumulate at 2 inches an hour. One of my jobs as ranger was to shovel out the fire hydrants every day, so that if there was a fire in the hotel, headquarters or housing, we’d be able to fight it. Our maintenance staff plowed roads for safe visitor access and rangers patrolled on skis, regularly performing rescues. This was all part of ensuring that, in accordance with the National Park Service’s founding charter, the parks are “unimpaired for the enjoyment of future generations.”

It is a violation of the stewardship mandate, motivated only by politics.

Leaving the parks open without these essential staff is equivalent to leaving the Smithsonian museums open without any staff to protect the priceless artifacts. Yet as a result of the government shutdown, which furloughed most park staff, this is what has happened. It is a violation of the stewardship mandate, motivated only by politics. While the majority of the public will be respectful, there will always be a few who take advantage of the opportunity to do lasting damage.

In 2016, the NPS hosted 320 million visitors: more than all of the Disney parks, major league baseball, football, basketball, soccer, and Nascar combined. Many of our national parks operate much like a small city, with the National Park Service employees providing all the same services: trash collection, police and fire response, water and sewer systems, electrical power, bus service, and parking management. The national parks differ from a city in that they are also designed to protect some of the United States’ most precious resources, such as the Merced River of Yosemite Valley, the elk and bison of Yellowstone, and the iconic Lincoln Memorial.

When Congress and the executive branches of government failed to appropriate funding in 1998 and 2013, the government shut down for extended periods and the national parks were closed to the public. The logic was that if the employees were furloughed and could not perform their stewardship and safety responsibilities, then the only way to meet the requirements of “unimpaired” was to close the parks.

During the 16-day shutdown of 2013, the closure of the national parks became the public face of the shutdown, with thousands of articles in the press and recurring images of gates and park closure signs. There was enormous political pressure to reopen the parks, culminating in a Republican House joint hearing, where I, as the NPS director, was grilled for five hours over the decision to close the parks during the shutdown. Though unintended, the closure of the national parks became a rallying cry for the public to force Congress to finally pass appropriation legislation and reopen the federal government.

This time, surely to avoid the public outcry, the Trump administration decided to keep the national parks open while still furloughing the majority of the NPS staff.

Overflowing trash in Yosemite could lead to tragic encounters and make it necessary to relocate or euthanize bears.

As the shutdown extends and the parks are left open, we will begin to see the ugly consequences. Trash is already accumulating in parks such as Yosemite, and will attract wildlife. This could result in tragic human/bear encounters, or habituate bears to human food, meaning the animals will have to be relocated or euthanized in the future.

Civil war battlefield parks are seeing increases in artifact theft by people with metal detectors. Human waste has overwhelmed toilets at Joshua Tree and Point Reyes and has proliferated along trails, rivers and streams, potentially affecting water quality and certainly the visitor experience.

Roads normally open in Mt. Rainier and Crater Lake national parks are accumulating so much snow that they will have to be bulldozed to reopen—at a much higher expense and with prolonged delays.

Visitor centers are closed across the parks, depriving visitors of information on hazardous conditions, trail closures and wildlife activity. Wildlife, normally fully protected, will be subject to poaching or threats, such as the recent break-in at the endangered Devil’s Hole pupfish enclosure in Nevada.

Visitors are reporting off-leash dogs, drones, off-road vehicles, and people walking on or near fragile features in Yellowstone.

Visitors to parks are reporting dogs off leash, drone activity, off-highway vehicles and the public walking on or near fragile resources, such as the hot pools and thermal features of Yellowstone.

There are other consequences of a shutdown that are less visible but very consequential. The control of the spread of invasive species into national parks stops, allowing some to gain a foothold that will be much harder to control. Long-term monitoring sites that measure snow depth, rainfall, air quality, water quality or pollution will go unmaintained. Research scientists working on complex issues that only occur during this period, such as pronghorn migration, may miss their window. These disruptions of data collection make the results less reliable for understanding ecosystem dynamics or climate change.

Author Wallace Stegner once said that “National parks are the best idea we ever had. Absolutely American, absolutely democratic, they reflect us at our best rather than our worst.” Now left unattended and gathering trash and human waste, the Trump administration has let them reflect us at our worst.

Jonathan B Jarvis was the 18th director of the National Park Service. He is now the executive director for the Institute for Parks, People and Biodiversity at the University of California, Berkeley.