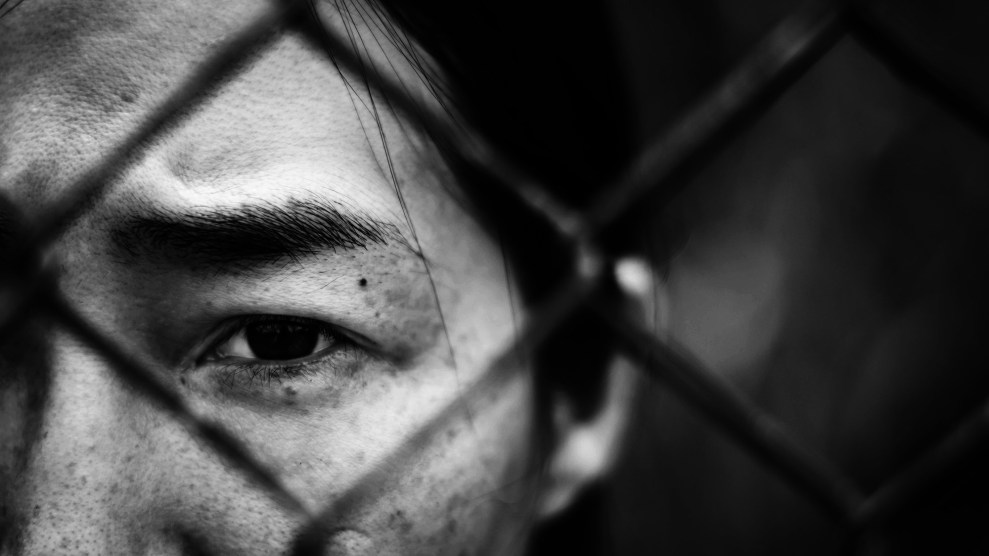 At Courtney’s House, a Washington, DC, center for young sex trafficking survivors, founder Tina Frundt has been seeing kids every day who are afraid of the government shutdown. They’re worried, she says, that it is affecting the many services they sorely need. She spoke of one 19-year-old she works with who is still in school and dealing with mental health issues. The young woman was recently able to get on food stamps and find temporary shelter while she waits on a list for federally assisted housing. But with the chaos in the Capitol, she has been panicked that the housing process will stop moving and food stamp funding will soon run out. She’s afraid she’ll fall through the cracks.

On the other side of the country in Los Angeles, the case workers at CAST, a direct services nonprofit for trafficking victims, have been dealing with similar fears. One woman, trafficked from another country, just got a special visa and a work permit. She was so excited to apply for a social security number, says Kay Buck, CEO of CAST, but she couldn’t because of the shutdown. At least for now, she can’t apply for jobs or health insurance since she doesn’t have the necessary identification.

“That is a highly traumatic experience to be told, once again, ‘We don’t know, you might be on the streets.'”

As the longest federal shutdown in US history has stretched on, cash-strapped support organizations have been scrambling, law enforcement efforts have been in limbo, and already-traumatized victims have been put on edge. Even temporarily reopening the government for three weeks, as President Donald Trump proposed Friday afternoon, will likely not assuage the deep concerns of advocates and providers.

“For survivors who are recovering from trauma, who have lost all of their autonomy and safety and protection during the time of their victimization, that is a highly traumatic experience to be told, once again, ‘We don’t know, you might be on the streets,'” says Jean Bruggeman, the executive director of Freedom Network USA, a coalition of human trafficking experts, advocates, and service providers.

While comprehensive data on human trafficking in the United States is sparse, we know that in 2017, 8,500 sex and labor trafficking cases representing over 10,000 individual victims were reported to the National Human Trafficking Hotline. The real figure, though, is almost certainly much higher. There is particularly little clarity when it comes to labor trafficking, and even less with child labor. Still, the problem is “in every American community,” says Dr. Susie Baldwin, founder of HEAL Trafficking, an advocacy, training, and research group that tackles the issue from a public health perspective.

Helping these survivors get and stay free requires an extensive network of services, much of it supported by federal funds. A shelter, for instance, might provide ongoing counseling, clothing, and groceries, while a drop-in clinic might connect victims to legal aid, medical care, or employment services. Much of the federal funding for such services comes through the Justice Department’s Office for Victims of Crime. Last week, these funds were extended to flow through the end of February, but the extension was announced just hours before the offices were supposed to shutter. It was a welcome reprieve, but the way it was given at just the last minute—and has been compounded by the broader confusion over the shutdown and the future of various programs—left advocates and grantees looking over the edge of a cliff. Because trafficking is a specialized area, most service providers are small- or medium-sized and don’t have reserves that can comfortably carry them through times likes these. They have therefore had to prepare to make hard choices about what programs to prioritize and how long they can afford to keep staff. Some have already cut services, like financial assistance for clients, in order to preserve the most essential supports, such as shelter, for as long as possible.

“It’s a great marketing tool we gave pimps…because when everything crashes, they’re gonna be there to pick you up.”

“There’s never enough to meet the need of people who desperately need help and support,” says Baldwin. “This just makes it so much worse and directs attention away from the mission that providers have.”

Many support organizations like CAST operate on a reimbursement basis, so they spend money on services up front and the federal government pays them back. “If they’re late in payments, we’re basically bankrolling the government,” Buck says. “It is extremely scary for me as CEO.” The mixed messages from Washington forced CAST to dip into their private donations to pay for services, like covering one client’s rent so she wouldn’t lose her housing at the end of the month. It also took out a line of credit to ready itself for the worst-case scenario.

Tracking the political situation, doing mountains of extra paperwork, and leveraging connections for more donations has also drained precious time and money. Significantly, this has meant resources are funneled toward dealing with the shutdown instead of programming. “It’s really sad, because I’m having now to use all my chips in order to accommodate this situation of being in limbo,” Buck says.

Beyond the uncertainty of the DOJ grants, trafficking survivors have been doubly impacted by the lack of funding for agencies like the departments of Agriculture and Housing and Urban Development. These agencies are essential to survivors enrolling in more sustainable mainstream programs, from public housing to food assistance, “while they’re recovering and trying to build a work history that is not being a slave,” Bruggeman says.

This can have real and immediate repercussions. For instance, if a young survivor with a baby finds out she may no longer have a roof over her head, she may reconsider leaving the life she escaped.

“We’re about to make pimps’ jobs real easy,” says Frundt, who is also a survivor of trafficking. “It’s a great marketing tool we gave pimps…because when everything crashes, they’re gonna be there to pick you up.”

In addition to support services, federal funds are also crucial to law enforcement’s ability to fight human trafficking. US attorneys and agencies like the FBI and the Department of Homeland Security depend on having interpreters during interviews and also on providing protective services for cooperating victims. An FBI Agents Association report released earlier this week, while relying on anonymous field agent testimony, described hindered investigations due to the shutdown. One Central Region officer, for instance, reported that minor sex trafficking victims had to continue preparing for criminal trial despite there being no way to pay for their witness fees or per diems. “Their testimony is expected, and yet, we have no way to pay for their…expenses,” the agent said.

“The whole crisis at the border is increasing the risk that people are going to be trafficked.”

All the while, the irony is that Trump has recently justified the shutdown by reframing his proposed wall at the southern border as a humanitarian necessity and a tool in the fight against human trafficking. Even in his comments on Friday proposing a temporary reopening of the government, he circled back again to the problem of trafficking: “Women are tied up…They’re put in the backs of cars or vans or trucks,” Trump said. “This is not a United States problem. This is a world problem…They come through areas where they have no protection, where they have no steel barriers, where they have no walls. And we can stop almost 100 percent of that.”

But the way he has evoked images of bound and gagged women being shuttled across the border, experts argue, has been unhelpful and is also untrue and misleading. “They’re not being kidnapped and driven across the border with duct tape over their mouth,” says Bruggeman. “That is not how trafficking happens in the United States.”

Commonly, human trafficking in this country is done by US citizens, to US citizens, according to Bruggeman, Baldwin, and others. Foreign victims often enter through legal ports of entry on temporary work visas, for example. In fact, some experts argue, a wall may actually exacerbate the problem of trafficking.

“The whole crisis at the border is increasing the risk that people are going to be trafficked,” says Baldwin, who, before HEAL, worked as a doctor at the US-Mexico border. “When you have thousands of migrants who are poor and vulnerable congregating and not getting assistance, all of those people are at risk for being exploited and trafficked by others looking to take advantage of them.”

Even without a wall, the Trump administration’s draconian immigration policies can also deter victimized illegal immigrants from seeking help. A 2019 survey in New York revealed that fear of deportation was the No. 1 reason that foreign nationals did not report their trafficking to health care providers.

For now, though, the most immediate impact is on survivors just trying to get from one day to the next. Frundt says that most of the youth she serves at Courtney’s House have been very aware of the shutdown’s potential impact, while they’re unclear on why it has been happening. The prospect of losing food stamps or a place to go right as they’re getting back on their feet has been triggering. Frundt has been working on a contingency plan, reaching out to corporations and foundations to shore up funding for services like the center’s full food program.

“You have this population of people who have been wronged, who have been tricked. They’ve been violated, abused, and as a result, are traumatized,” Buck adds. “But they are trying their absolute best to get on their feet and be independent, and this whole shutdown is preventing them from doing that.”