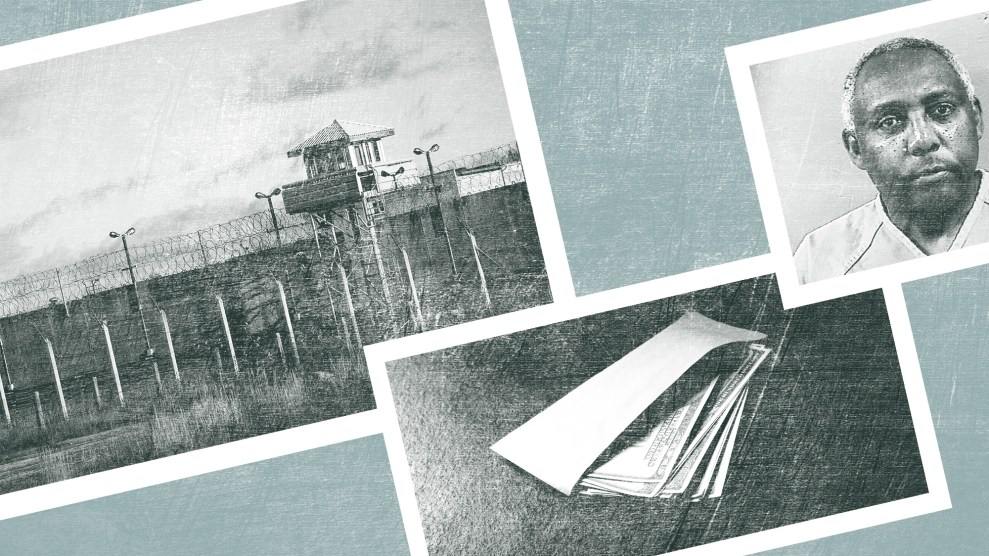 Since 2014, a massive bribery scandal involving some of the most powerful prison industry corporations in America has hung like a cloud over Mississippi’s already-troubled corrections system, which locks people up at a higher rate than almost any other state. But on January 24, the episode finally seemed to be coming to a close: State Attorney General Jim Hood announced that his office had recovered $26.6 million in a series of 11 settlements with companies accused of funneling bribes and kickbacks to Christopher Epps, the former commissioner of the Mississippi Department of Corrections (MDOC).

“This office will not tolerate corporations taking advantage of Mississippi taxpayers,” Hood said in a statement. “Corporations contracting with the state, whether through direct employees or outside consultants, must uphold their corporate ethical responsibilities.”

In their settlements, none of the companies admitted to wrongdoing. Many disputed that their contracts with the state were linked in any way to the bribery scandal.

Yet in their settlements, none of the companies admitted to wrongdoing. Many disputed that their contracts with the state were linked in any way to the bribery scandal. MDOC, meanwhile, continues to work with several of the corporations: MTC, which paid out $5.18 million, runs three prisons holding up to 3,329 state prisoners; Global Tel*Link—now known as GTL—settled for $2.5 million and still provides phone service to inmates; and Sentinel Offender Services, which paid $1.3 million, still monitors Mississippi prisoners released on probation or parole. MDOC did not respond to a request for comment.

And even as the scandal draws to a close, state officials appear to already be forgetting its lessons. A week before Hood announced the settlements, current MDOC commissioner Pelicia Hall asked the Mississippi Legislature to exempt her agency from parts of a government transparency law after she faced persistent questioning and requests for public records following a series of 16 deaths in her prisons last August. According to Mississippi’s Clarion-Ledger, Hall hopes to delay MDOC’s response to some records requests and block the disclosure of any documents the department deems a security threat to inmates or staff; lawmakers are currently considering her request. “There should be some limits on what you are transparent about,” Hall said.

Epps might have felt the same way back in 2010 as he quietly sought bribes and kickbacks from companies that wanted state prison contracts. That’s when the FBI investigation that would eventually send him to prison, and produce the series of settlements finalized this month, began in the central Mississippi town of Walnut Grove, where the economy was dominated by the town’s two private prisons.

One of those prisons, the Walnut Grove Transition Center, had been open less than a year, but Leake County Sheriff Greg Waggoner was already fed up with it. The facility was designed for 250 men and women nearing the ends of their sentences to work pre-approved local jobs but otherwise stay under lock and key. MDOC had promoted the new center as part of the cost-saving, reformist agenda carried out by Epps, a former prison guard famous at the time for curbing solitary confinement and reducing the population of the state’s notoriously inhumane prison system.

The sheriff, sensing a cover-up, notified a federal prosecutor, who tipped off the FBI, which then quietly started asking questions.

Yet by early 2010, Waggoner was fielding calls about transition center inmates wandering alone in the community or staying out all weekend. As he told the Clarion-Ledger, he was miffed about the seeming lack of accountability for businessman Cecil McCrory, who owned both the land the center was built on and the private company that received two state contracts to manage it. Waggoner was also investigating a complaint that the center’s warden, who happened to be the Walnut Grove mayor, had driven a female prisoner to a nearby motel and sexually assaulted her. There was ample evidence—the warden later pleaded guilty to witness tampering for telling the prisoner to lie about the abuse—but in the spring of 2010, Waggoner’s co-investigator from MDOC tried to shut down their criminal inquiry. That’s when the sheriff, sensing a cover-up, notified a federal prosecutor, who tipped off the FBI, which then quietly started asking questions.

That federal investigation, dubbed “Mississippi Hustle,” would reveal “one of the largest and longest-running criminal and civil conspiracies in Mississippi government history,” as Hood put it in a complaint years later.

In the sprawling corruption scandal, Epps signed more than $800 million in state prison contracts while receiving at least $1.4 million in bribes and kickbacks. Much of that money was funneled through McCrory, a former state lawmaker, who arranged contracts both for his own companies, as in Walnut Grove, and for other corporations that hired him as a “consultant.” The conspiracy—first made public in an indictment unsealed in late 2014—landed Epps and McCrory in prison and led to the convictions of a former state senator, a doctor, an insurance broker, and prison consultants in two states, as well as the suicide of an indicted county supervisor. (“My friends are taking care of me. I want you to know that. And I expect you to take care of me,” Epps told the insurance broker, according to court testimony.) Details of the fantastic corruption continue to come to light: Last year, four men associated with prison phone and commissary companies were arrested for allegedly trying to bribe Epps and an undercover sheriff in 2014 with a combination of cash, promises, and $500 poker chips proffered in the men’s restroom of a coastal Mississippi casino.

Epps signed more than $800 million in state prison contracts while receiving at least $1.4 million in bribes and kickbacks.

The private prison industry had been entrenched in Mississippi for years when Epps started approving shady contracts with major prison corporations. Tough-on-crime policies and War on Drugs enforcement led to rampant overcrowding in the state prison system in the 1990s. Legislators turned to private prison companies to solve their problems, opening five privately run facilities by 2002, when Epps inherited MDOC, according to BuzzFeed News. In 2001, state lawmakers overrode a veto by the Democratic governor to pass a bill guaranteeing that MDOC would pay private prison operators for more prisoners than it had in its system—what the corrections commissioner at the time termed “ghost inmates.” When advocates later complained to Epps about the system, he replied that private prisons couldn’t be eradicated “because of all the money they spread around Jackson,” a Southern Poverty Law Center lawyer told the Clarion-Ledger.

By 2013, the SPLC and the American Civil Liberties Union were fighting two class-action lawsuits against the state over conditions inside its for-profit prisons. One of those suits focused on allegations of understaffing, medical neglect, and failing infrastructure at the East Mississippi Correctional Facility, where about 80 percent of 1,200 inmates have a diagnosed mental illness. Inmates claimed that MDOC had failed to keep tabs on the facility’s for-profit operator, the Utah-based MTC, which signed a contract with Epps to run EMCF in 2012. (The company has denied wrongdoing in the lawsuit over conditions at EMCF, which is still ongoing.)

In 2012, a judge wrote that the former juvenile facility had become “a cesspool of unconstitutional and inhuman acts.”

The groups also homed in on problems with the other prison in Walnut Grove, a 1,469-bed juvenile facility expanded in 2007 to also house adults. According to a scathing Department of Justice report, guards at the prison used excessive force “as a first response” to inmates, ignored sexual assaults both by staff and prisoners, and openly affiliated with gangs. “The sexual misconduct we found was among the worst that we have seen in any facility anywhere in the nation,” DOJ investigators concluded. In a 2012 order placing the prison under federal oversight, a judge wrote that the facility, which held children as young as 13, had become “a cesspool of unconstitutional and inhuman acts” and “paints a picture of such horror as should be unrealized anywhere in the civilized world.” At the time, the prison was run by the GEO Group, which had acquired the original operator, Cornell Companies Inc. (GEO paid out $4.55 million in its settlement with Hood.) After 2012, MDOC removed juveniles from the prison and MTC took over operations.

The corrections department eventually closed the Walnut Grove prison in 2016, insisting that it did so for budget purposes and not because of the court rulings about rampant violence. But this year, Leake County officials have started making the case to move state prisoners there again. Hall, the MDOC commissioner, said she’d let legislators decide. “The facility is well built,” Sheriff Waggoner told the Associated Press. “It just needs proper management.” If the prison reopens, state law would require it to be run by a private prison company.