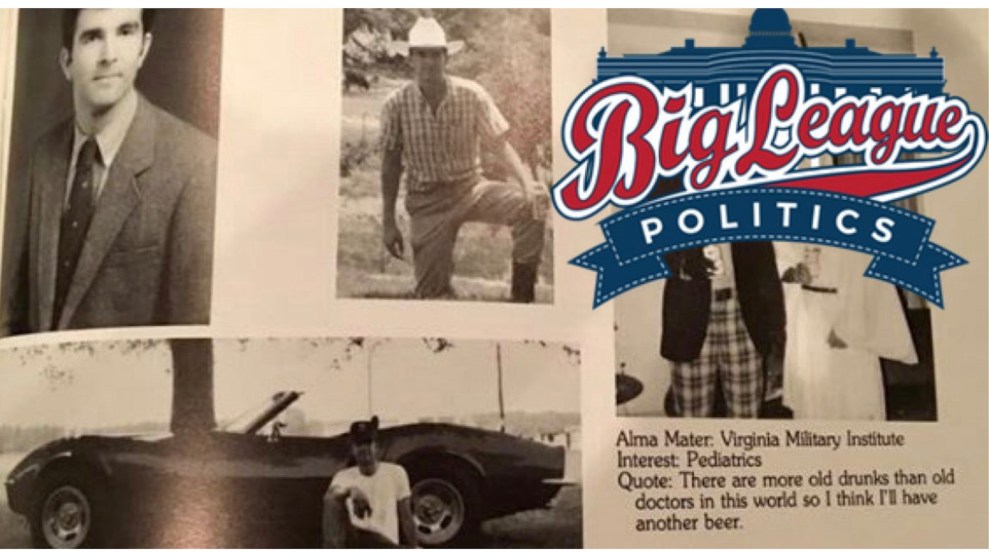 A screenshot of the Big League Politics site.

The yearbook photo that could bring down the Democratic governor of Virginia was first posted online by young web outlet best known for defending white nationalists.

Big League Politics was founded in 2017 by a group of former Breitbart News staffers, who decided that the nationalist media outlet previously run by Steve Bannon had gotten too mainstream. BLP started as the media arm of a pro-Trump, “populist nationalist” political action committee, which bills itself as the “attack dogs” for the American First Agenda. The site is now owned by North Carolina political consultant Reilly O’Neal, who worked for Roy Moore, the Alabama Senate candidate whose run was derailed by child molestation charges, and Corey Stewart, a Republican from Virginia popular with white supremacists for his support of Confederate monuments. Last year, Stewart unsuccessfully challenged Sen. Tim Kaine (D-Va.), and the site covered his race extensively.

The man who first posted the Northam yearbook photo is BLP editor-in-chief Patrick Howley, a former reporter and provocateur for Breitbart and Tucker Carlson’s Daily Caller. Howley has made news in the past, but for more ignoble reasons. In 2014, he and Carlson were forced to apologize to reporter Rosie Gray, then at BuzzFeed, after Howley tweeted a pair of gross, sexist comments about her. Breitbart also suspended Howley in 2016 after he publicly questioned whether one of his co-workers had lied when she said she’d been manhandled by Trump campaign manager Corey Lewandowski at a press event.

Under Howley’s leadership, BLP has published stories attacking anti-fascist activists and trying to downplay the role of neo-Nazi violence in the death of Heather Heyer at the Unite the Right rally in Charlottesville in 2017. It went so far as to falsely blame an anti-racism activist and professor from the University of North Carolina-Chapel Hill for her death. The site also wrote favorably about the white nationalist Paul Nehlen, who unsuccessfully challenged former House Speaker Paul Ryan in his GOP primary in 2018. The Daily Beast reported that Nehlen was a client of the site owner’s fundraising firm.

Howley has tried to fashion BLP into an investigative reporting outfit, and the Northam yearbook photo would certainly qualify as a big scoop. But Fox News contributor Dan Bongino said the photo had been kicking around in conservative circles for months before Howley finally posted it Friday, after Northam came under heavy fire from conservatives for his comments supporting a bill in the legislature that would have loosened restrictions on late-term abortions in the state.

Bongino tweeted Friday that he’d been sent a copy of the photo in October 2018 but couldn’t independently verify that Northam was one of the men in the photo.