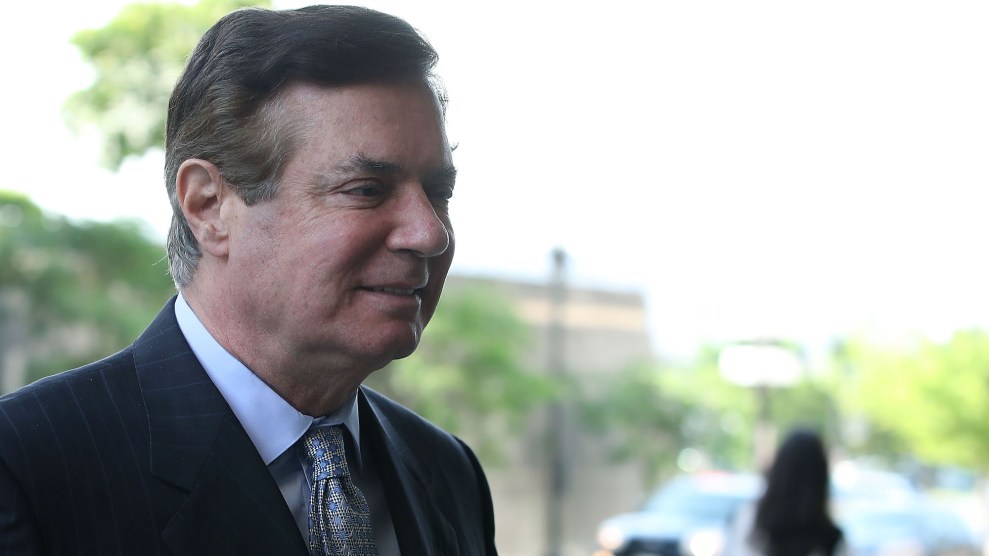 A federal judge ruled Wednesday that Paul Manafort lied to prosecutors about his contacts with a colleague who had suspected ties to Russian intelligence, activity that occurred while Manafort ran President Donald Trump’s 2016 campaign and continued into 2018.

Judge Amy Berman Jackson found that Manafort violated an agreement he reached in September with special counsel Robert Mueller’s office to cooperate fully with their inquiry into Trump campaign contacts with Russia. Jackson’s ruling, which came during a sealed hearing Wednesday, will likely bring Manafort a longer prison term when Jackson sentences him next month on charges including money laundering, obstruction of justice, and conspiracy, to which he pleaded guilty last year.

The ruling also underscores a key allegation from Mueller: Manafort lied to cover up contacts he had with a suspected proxy for the Russian government while serving as head of Trump’s campaign.

Jackson agreed that prosecutors had shown that Manafort misled prosecutors about his contacts with Konstantin Kilimnik—a longtime Manafort employee in Ukraine—who prosecutors have said retains active ties to Russian military intelligence, known as GRU. Federal prosecutors charged agents of the same agency with carrying out hacks of the Democratic National Committee and other Democrats as part of an effort to help Trump win the presidency.

The special counsel’s office “established by a preponderance of the evidence that the defendant intentionally made multiple false statements to the FBI, the [Office of Special Counsel] and the grand jury concerning matters that were material to the investigation: his interactions and communications with Kilimnik,” Jackson wrote. Jackson also ruled that prosecutors had established that Manafort lied about a $125,000 payment that a pro-Trump super-PAC arranged to have paid to a law firm that Manafort owed money and that Manafort made false statements about another Justice Department investigation. The judge said prosecutors had failed to show that Manafort lied about Kilimnik’s role in the witness tampering effort for which the Ukrainian has been indicted or that Manafort intentionally lied about his contacts with the Trump administration.

Prosecutors have said that Manafort, a longtime lobbyist, lied about his discussions with Kilimnik about a peace plan for Ukraine. The plan presumably would have included the removal of economic sanctions that the United States imposed on Russia in 2014 after it invaded Crimea and backed separatist fighters in Eastern Ukraine. Manafort falsely claimed he rejected the plan and failed to disclose that he continued to discuss it with Kilimnik even into last year, prosecutors say.

Prosecutors have focused on an August 2, 2016, meeting at the Grand Havana Club in New York City, where they say Manafort and Kilimnik discussed such a plan. At the same meeting, Manafort also gave Kilimnik detailed internal polling conducted on behalf of the Trump campaign, they say. Emails first reported by the Washington Post suggest that Kilimnik sought the meeting at the behest of Oleg Deripaska, a Russian aluminum magnate close to Russian President Vladimir Putin. Deripaska is a former Manafort patron and business associate who claims that Manafort owed him millions at the time. The oligarch denies that he has ever interacted with Kilimnik.

In a hearing earlier this month, Andrew Weissmann, a lead prosecutor under Mueller, said the special counsel’s office believes that Manafort lied about his contacts with Kilimnik to “augment his chances for a pardon” by Trump. The president has regularly claimed that neither he nor anyone on his campaign conspired with Russia in 2016, while raising the possibility he may pardon Manafort and others if they refuse to cooperate with Mueller’s investigation.