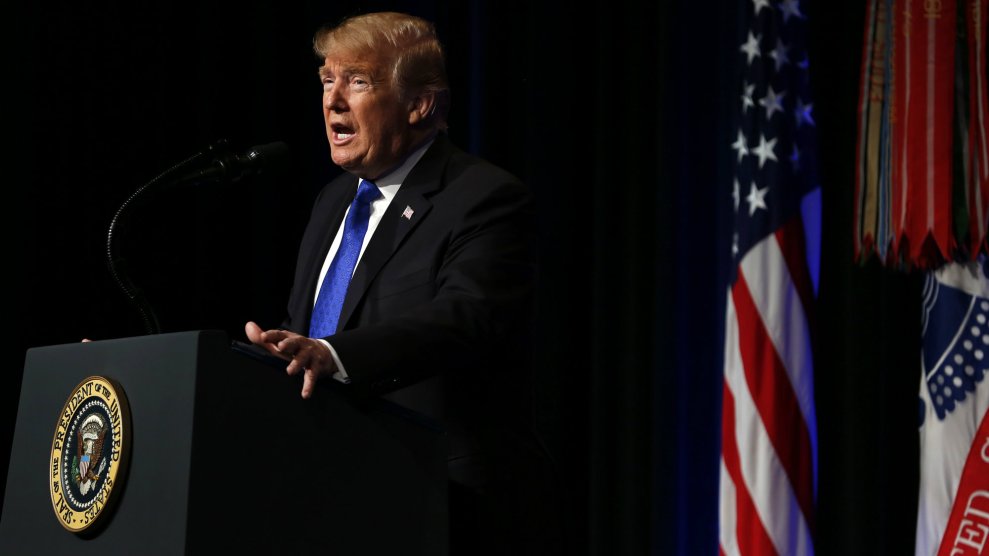 While the president’s initial tweet in July 2017 demanded transgender individuals not “serve in any capacity in the U.S. military,” the directive requires most trans service members to use the gender assigned at their birth. The order is, of course, a huge blow to the roughly 14,700 trans service members currently serving. What’s more, it will also “likely force the military to eventually discharge transgender individuals who need hormone treatments,” the Associated Press reported.

“If you’re transgender and are being forced to live in your birth sex, you have to directly deny who you are,” says Shannon Minter, legal director for the National Center for Lesbian Rights. Minter also represents a group of transgender service members who sued the government over this policy in federal district court in Washington, DC.

The Pentagon had not been expected to unveil this new guidance until the resolution of the case in DC, where a federal appeals court recently vacated an injunction barring the implementation of Trump’s ban. But once the Supreme Court lifted two other injunctions in January, and a Maryland court struck down a separate injunction last week, all obstacles were seemingly out of the way and the ban appeared certain to go into effect. The Trump administration announced in a court filing last week that acting Defense Secretary Pat Shanahan was planning to formally implement the policy “in the near future.”

That didn’t sit well with Minter and the other attorneys for the plaintiffs in DC; they have argued that the injunction technically remains in place until the deadline expires for the plaintiffs to apply for a rehearing of their case in front of a larger panel of judges. That deadline is March 29. If the appellate court grants that request, DOD’s memorandum could be delayed again.

“Not only does the Trump-Pence transgender military ban violate the Constitution, but now the administration is also defying a court order,” Jennifer Levi, another lawyer for the plaintiffs in DC, said in a statement. “With brazen disregard for the judicial process, the Pentagon is prematurely and illegally rolling out a plan to implement the ban when a court injunction remains in place prohibiting them from doing so.”

The Pentagon apparently ignored that line of defense and chose to move forward with implementing its policy anyway.

Read the memorandum from DOD here: