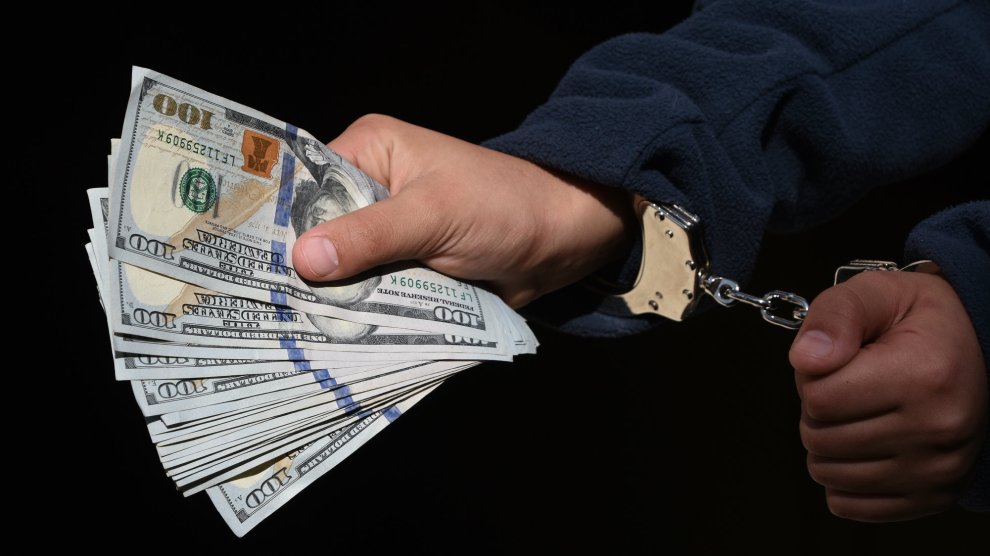 In November, Democrats swept Harris County, Texas, courtrooms, replacing every Republican judge to occupy each of the 59 seats on the ballot. Many of those candidates, including the 19 black women who campaigned together, ran on reform-minded platforms focused on upending the county’s bail system. “We’re locking up a lot of nonviolent people that can’t afford to get out,” said Toria Finch, a Democratic judge who won a seat in a misdemeanor court, during a radio interview soon before the November election. “That’s not right.”

Now, the judges have a chance to do just that. A federal judge in Harris County is currently considering a case that would transform the way bail is set for people charged with felonies, a population that comprises the vast majority of people in jail awaiting trial.

The lawsuit, filed in January by civil rights groups against the county and its sheriff, argues that detaining felony defendants simply because they can’t afford bail discriminates against the poor and often forces them to take guilty pleas just to get out faster. The suit asks the court to stop the practice of jailing people who aren’t a threat to public safety prior to trial only because they can’t pay. According to the suit, in 2017, up to 85 percent of those arrested for felonies were booked into jail because they couldn’t make bail.

The fight over bail in Harris County, which, with a population of 4 million, is the third-largest county in the country, goes back years. In 2016, the advocacy group Equal Justice Under Law and lawyers from a Houston firm sued the county and sheriff on behalf of Maranda ODonnell, a woman who’d driven with an invalid license, a misdemeanor crime. Unable to pay her $2,500 bail, ODonnell was stuck in jail for more than two days and left unable to take care of her four-year-old daughter. Her lawyers argued that keeping ODonnell in jail for a nonviolent offense simply because she couldn’t pay violated her right to due process and was therefore unconstitutional. “Arrestees are given a right to release pending trial, but Defendant’s wealth-based detention system conditions their release on their ability to afford money bail, thus tying their pretrial freedom to their wealth status,” the lawyers wrote. “It has no place in modern American law.”

In 2016, when ODonnell was briefly incarcerated, almost all of the people booked into Harris County Jail for misdemeanors were there because they couldn’t afford bail, usually $5,000 or less. In other words, at any given time, hundreds of people facing misdemeanor charges were sitting in jail, unable to pay their way out.

In April 2017, District Judge Lee Rosenthal ruled in ODonnell’s favor, undoing the county’s policy of keeping misdemeanor defendants behind bars if they can’t pay, no matter how low their risk. As a result, about 13,000 defendants who would have otherwise awaited their court date in jail were released over the ensuing year. The fight wasn’t quite over: The county and judges, the latter of whom were added as defendants in the suit, appealed to the Fifth Circuit Court. The case was in limbo until January, when the new slate of judges withdrew their predecessors’ appeal to Rosenthal’s order. Later that month, the judges reached an agreement with Rosenthal to allow the new rules, which let about 85 percent of misdemeanor defendants be released without bail, to go into effect.

The settlement was a watershed moment. “I don’t think we can understate the cultural significance,” says Alec Karakatsanis, who was a lawyer with Equal Justice Under Law when the case was settled and is now an attorney with Civil Rights Corps. Although other counties and states have similarly reformed their bail systems—California abolished cash bail last year, and Washington, DC, largely did away with the practice decades ago—Harris County’s size makes the victory particularly significant.

And while the settlement details were being ironed out, the same lawyers from the misdemeanor case filed the felony suit.

“Once we were having very constructive, productive discussions with the new misdemeanor judges about a final settlement, we realized it was time now to move on to the next piece of the problem,” said Neal Manne, an attorney representing the plaintiffs in both lawsuits.

The felony case, a class action, was filed on behalf of three men who had been charged with nonviolent felony offenses, including driving under the influence and drug possession. The men were assigned bail amounts between $15,000 and $30,000. None of them could pay, and two of them remain detained since being brought into custody in mid-January. (The other made bail after about two weeks in jail.) Like the misdemeanor case, lawyers for the plaintiffs are arguing that such a bail system discriminates against poor inmates who are otherwise low risk.

But if the misdemeanor case was a big deal, the case currently in front of the court will be a game changer. As of March 2016, misdemeanor defendants comprise only about 8 percent of the county jail’s pretrial population—felony defendants, meanwhile, account for the rest. In fact, 77 percent of the entire county jail population, or approximately 6,000 people, at any given time are felony defendants awaiting trial, most of them for nonviolent offenses. And like people charged with misdemeanors, most of the defendants in jail for felony charges are stuck there because they can’t afford a bond. Although there are no national figures available on how many people are in jail because they can’t pay, data from the Prison Policy Initiative says that every day, 465,000 people are held in jail pretrial, and the organization estimates that hundreds of thousands of these people are there because they can’t afford bail.

If the district court sides with Karakatsanis and his clients, Harris County would be one of the largest in the country to severely limit the use of cash bail. The parties will be negotiating a settlement over the next several weeks, and Manne said he’s optimistic those talks will result in a similar outcome as the misdemeanor suit.

Just a year ago, such a case’s chance at success would have been slim in Texas. The misdemeanor case faced intense opposition from Republican misdemeanor judges, who said that letting so many people out before trial was a public safety risk. According to the Houston Chronicle, the county spent about $9 million on lawyers to defend itself against the lawsuit. The two misdemeanor judges who supported reform—the lone Democrat and a Republican—had for years tried in vain to enact change but couldn’t drum up the support needed from their Republican colleagues.

Then came the midterms, when every one of the county’s 15 Republican misdemeanor judges was replaced by Democrats, many of whom explicitly supported the bail reforms during their campaigns. At least one new judge, Franklin Bynum, who now presides over a misdemeanor criminal court, specifically decided to throw his hat in the ring because of the lawsuit. “I decided to run in part because I saw what was happening and wanted to take the helm of the lawsuit and settle it and end this system for good,” said Bynum. “I hope people do realize that there’s great power in these judicial positions and go out and run for them and do good with them.”

Beyond the direct impact the cases have on pretrial defendants, the fact that reform-focused judges aggressively campaigned on the issue—and won—means we might see more judges in the future using their power in the courtroom to disrupt the bail system. “I hope that can be a lasting legacy of this—that judicial elections won’t just be a contest for who can be harsher on impoverished people and people of color,” Karakatsanis said.

And Karakatsanis is confident these cases will have effects far outside Harris County. “I think it’s inevitable now that the money bail system will crumble,” Karakatsanis says. “I’m not approaching it as winning a case—I’m approaching it as using this case to have a broader cultural conversation about the brutality and senselessness of the current mass incarceration apparatus. I think we’re going to be successful in explaining to people that the system has no justification.”