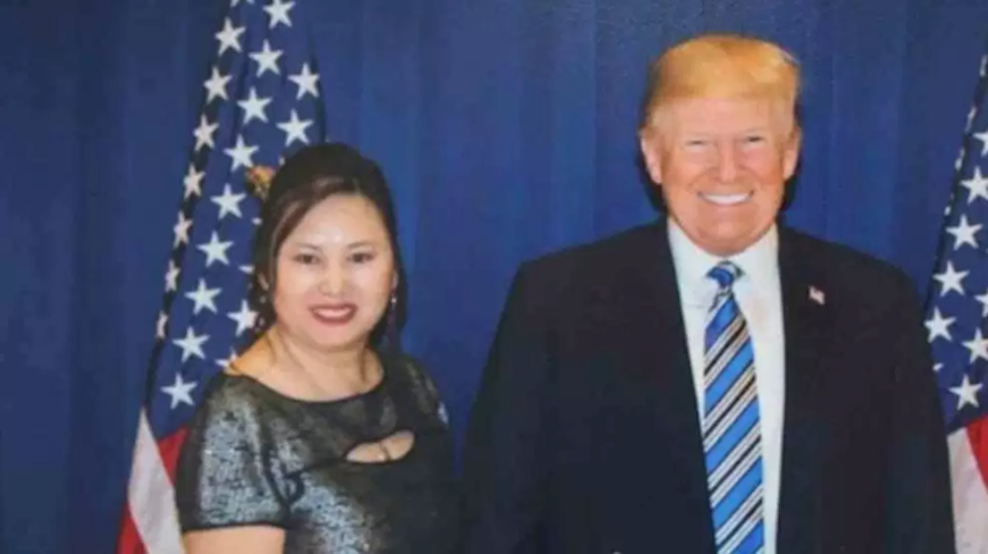 There’s a new Mar-a-Lago mystery. It involves a Chinese woman who allegedly tried to sneak into President Donald Trump’s private club carrying four cellphones, a laptop, and a thumb drive containing malicious software. And it happened on the same day as a scheduled event at the club that was promoted by Cindy Yang, the Trump donor and massage parlor owner who ran a business that offered access to Trump and other political figures. That event was slated to feature Trump’s sister, Elizabeth Trump Grau.

On Monday, federal prosecutors in Florida filed charges in federal court against Yujing Zhang for unlawfully entering a restricted area on March 30 when she attempted to gain access to Mar-a-Lago—and for making false statements to federal agents about her presence at the club. Trump and members of his family were visiting Mar-a-Lago when the incident occurred. Though considerable security measures were in place during the president’s visit, Zhang was still able to access the grounds of his private club and make her way through initial checkpoints.

According to an affidavit filed by a Secret Service agent, Zhang arrived at the club, showed a security officer two Chinese passports, and said she was there to go to the pool. Club personnel, believing she was a relative of a Mar-a-Lago member, let her in, the affidavit says, but she skipped the pool and was driven by a Mar-a-Lago valet to the reception area. There she told a receptionist she had come to the club for an event held by the “United Nations Chinese American Association.” But there was no such event scheduled, and the receptionist notified a Secret Service agent. The agent questioned Zhang and, according to the affidavit, she said she had come for a “United Nations Friendship Event” between China and the United States and had arrived early to take photos and familiarize herself with the property. She was then detained and transported to a Secret Service facility.

Questioned further, according to the affidavit, Zhang “claimed her Chinese friend ‘Charles’ told her to travel from Shanghai, China to Palm Beach, Florida to attend this event and attempt to speak with a member of the President’s family about Chinese and American foreign economic relations.” As Zhang was questioned, according to this filing, the Secret Service found the four cellphones, the computer, an “external hard drive type device,” and the thumb drive containing malware.

Zhang’s alleged attempt to enter Mar-a-Lago coincided with an event that had been scheduled that night and that also had been promoted by Cindy Yang’s company, GY US Investments, which claimed to be able to provide opportunities to “interact” with “the president, the [American] Minister of Commerce, and other political figures.” The firm’s website billed this event as a “once-in-a-lifetime publicity opportunity” attended by “Chinese elites from various countries.” The featured speaker at this event, which the website called the “International Leaders Elite Forum,” was Trump Grau.

According to the Miami Herald, an event organized at Mar-a-Lago that same evening—a “Safari Night” gala benefitting the Young Adventurers charity and headlined by Trump Grau—was canceled after Mother Jones and the Herald published stories about Yang and her activities. It’s unclear whether the “Safari Night” and the “International Leaders” forum were the same event, but the Miami Herald has reported that Yang has repackaged existing Mar-a-Lago functions to appeal to a Chinese audience.

Trump Grau and a public defender assigned to represent Zhang did not reply to requests for comment on Tuesday.

Last week, the Miami Herald reported that Charles Lee, the founder of a group called the United Nations Chinese Friendship Association, had noticed Yang’s online advertisements for events at Mar-a-Lago and began incorporating them into travel packages for Chinese citizens: “Lee bundled Yang’s 2018 Safari Night invitation into an all inclusive eight-day ‘business travel diplomacy package’ that for $13,000 would take guests from Beijing to visit the United Nations, U.S. Congress, and finish at Trump’s South Florida residence.” According to the Herald, “Lee would recruit clients for five more events advertised by Yang as opportunities to pay for face time with Donald Trump.” It’s not publicly known if Charles Lee—who did not respond to a request for comment—is the same Charles mentioned by Zhang in her interview with the Secret Service.

A person who knows Yang and Lee said they have worked together for about a year to promote events in the United States, selling tickets to Chinese nationals.

The Secret Service affidavit does not tie Zhang directly to the March 30 event at Mar-a-Lago promoted on Yang’s GY US Investments website. But based on Zhang’s statements to the Secret Service and Yang’s reported connection to Charles Lee, it appears Zhang, when explaining her presence at Mar-a-Lago, was likely referring to the Yang event.

In statement Wednesday, Evan Turk, an attorney representing Yang, said she does not know Zhang and denied she had worked with Lee to promote events. “The Dr. Lee that has been mentioned in several articles was pictured with our client twice,” Turk added. “Beyond that, she states that she has no relationship with him. They were guests at the same event. That’s all. It seems that a lot of the media reports are recklessly inferring a relationship that simply does not exist.”

The previous Mother Jones and Herald stories on Yang caused some national security experts to voice concern about the possible national security implications of Yang’s promotion of events at Mar-a-Lago to Chinese citizens. “The fact that Mar-a-Lago is so porous is of concern,” David Kris, an assistant attorney general for national security in the Obama administration, told the Washington Post. “The president is a unique foreign intelligence target for adversaries, and those in close orbit around him are also important targets, and Mar-a-Lago appears to be a very wide aperture for possible penetration.”

Zhang’s arrest again raises the question of whether there is a national security problem at Mar-a-Lago. Democrats in Congress sent a letter to the FBI on March 15 requesting “criminal and counterintelligence investigations” into Yang for “unlawful foreign lobbying, campaign finance and other activities by Ms. Yang.”

On Tuesday night, Sen. Mark Warner (D-Va.), vice chairman of the Senate Intelligence Committee, told Mother Jones, “China has frequently used non-traditional intelligence collectors to compromise targets. This report raises serious counterintelligence concerns, which is why it’s so disappointing we have not yet received a response to our March 15 letter.”

House Intelligence Chairman Adam Schiff (D-Calif.), one of the Democrats who sent the letter, said on Tuesday that reports of Zhang accessing Mar-a-Lago with malware raised national security issues. “We do have profound concerns about the security protocols that are being followed, or not followed, by the president and his family,” Schiff told CNN.

A Secret Service spokeswoman declined Tuesday to comment, citing the ongoing investigation. A spokeswoman for the US Attorney’s office for the Southern District of Florida, which is prosecuting Zhang, said that she remains in custody. A detention hearing is scheduled for April 8.

This article has been updated with a statement from Cindy Yang’s attorney.