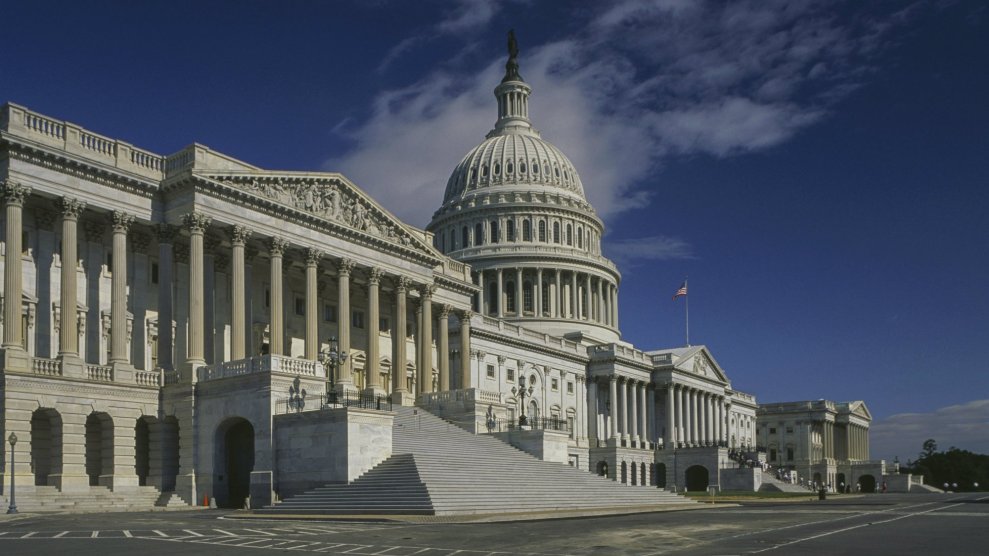 With President Donald Trump’s transgender military ban set to begin on April 12, advocacy groups have mobilized in a long-shot attempt to block the policy from going into effect, using petitions and social media to gin up support. Last Friday, CREDO Action, the political arm of progressive phone company CREDO Mobile, sent one of these petitions, which lambasted Trump’s policy as a “direct assault on the LGBTQ community” to hundreds of lawmakers, including freshman Rep. Dusty Johnson (R-SD).

“No one cares,” Johnson’s office replied.

Josh Nelson, CREDO Action’s co-director, told Mother Jones the group was “shocked” by the response. “Republicans do things that we disagree with strongly all the time,” he said. “We’ve never seen this type of response before.”

Two days after replying to the group’s original email, the congressional staffer who wrote the brusque response followed up with an apology. “I am writing to express my sincerest apologies for my email on Monday, April 1, 2019,” the response read. “It should not have been said and is in no way reflective of the views of Congressman Johnson or myself.” (The staffer did not return a request for comment from Mother Jones.)

The estimated 14,700 transgender service members have been living under a cloud of uncertainty since Trump tweeted in July 2017 that transgender individuals could not “serve in any capacity in the U.S. military.”

After consultation with my Generals and military experts, please be advised that the United States Government will not accept or allow……

The implementation of the directive was slow-walked by then-Defense Secretary James Mattis. After his departure in December, and after several legal obstacles to the policy were cleared earlier this year, the Defense Department released an official directive effective April 12 that requires most service members to adhere to the gender assigned to them at birth. Pentagon officials have insisted the new policy “doesn’t ban transgender individuals from service,” but advocates sharply dispute that notion. “If you’re transgender and are being forced to live in your birth sex, you have to directly deny who you are,” Shannon Minter, legal director for the National Center for Lesbian Rights, told Mother Jones last month.

House Democrats passed a largely symbolic measure condemning the ban last month. “There is no moral justification for this ban, which violates every value of our American democracy,” Speaker Nancy Pelosi (D-Calif.) said. Johnson, who serves as South Dakota’s at-large representative, voted against the non-binding resolution.

Mother Jones is reporting on how transgender members of the military are being affected by the Pentagon’s new ban. Are you a trans service member applying for a waiver? How are you and your loved ones dealing with this shift in policy? Let us know how the Pentagon’s transgender military ban affects you. Fill out the form below, send us an email at talk@motherjones.com, or leave us a voicemail at (510) 519-MOJO. We may use some of your responses in a follow-up story.