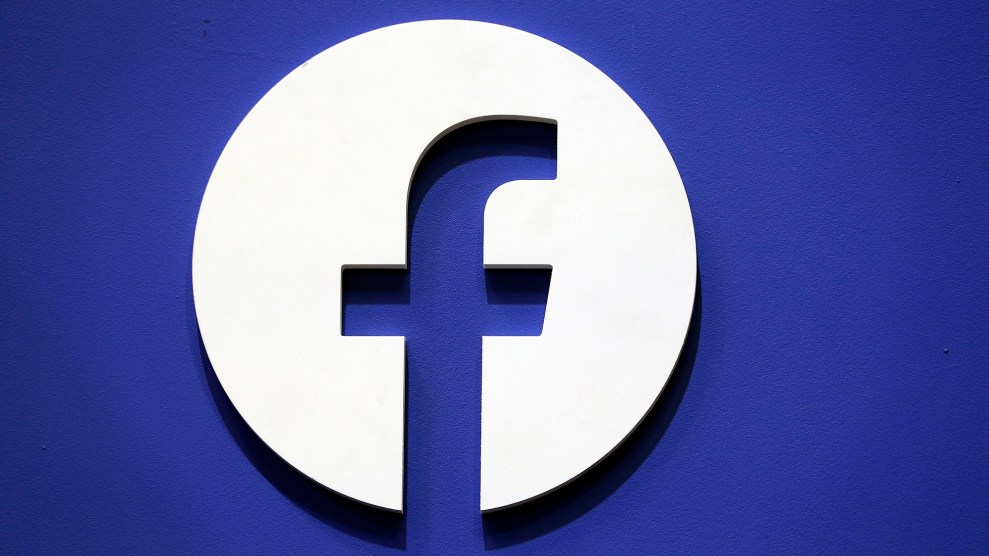 Facebook is letting a video of House Speaker Nancy Pelosi (D-Calif.) manipulated to make it appear as though she’s drunk or otherwise unwell stay on its platform even after YouTube has opted to remove it.

The video shows Pelosi talking at a public event on Wednesday, but is slowed down to make her seem less coherent and as though she’s slurring her words. Despite the video’s obvious inauthenticity, it went viral, accruing over 1 million views before being noticed by The Washington Post, the first outlet to report on it. The video has since racked up many more views after being tweeted by Rudy Guiliani, President Donald Trump’s personal attorney.

“What is wrong with Nancy Pelosi? Her speech pattern is bizarre,” Giuliani wrote in a now-deleted tweet. Guiliani later maintained that he had noticed some sort of “shift” in Pelosi’s speech.

The video appears to have originally gone viral on Facebook after being first posted on a page called Politics Watchdog. Facebook told Mother Jones that the video did not violate any of its community standards, and opted to keep the video up. A company representative said it would demote the video in its algorithms, which would preserve the video but make it less visible and harder to stumble onto. Facebook also pointed out that it began to display stories from fact-checking organizations it partners with, like Politifact, adjacent to the video. Most of the comments, however, that Facebook features prominently under the video take it as authentic and lambast Pelosi. As of Friday, the original version had 2.4 million views.

Twitter declined to comment. Versions of the video are still on its site as of midday Friday.

In contrast to Twitter and Facebook’s decision to continue to host the video, YouTube took a firmer approach even as the video was going viral, deleting reposted versions in real time.

“YouTube has clear policies that outline what content is not acceptable to post and we remove videos violating these policies when flagged to us,” a YouTube spokesperson said. “These videos violated our policies and have been removed. They also did not surface prominently.”

Major technology platforms have all struggled and been slow to address their role in spreading political misinformation. YouTube, however, has taken some action to quickly stem the spread of false information about high-profile breaking news stories by restricting top results to “authoritative” news sources in favor of unvetted user content.

The Pelosi video underscores the larger misinformation problem that fake videos create. Many experts have warned of deepfake videos—fake videos that can make people appear to say things that they’ve never actually said.

The Pelosi video illustrates that clips doctored with low-tech, normal editing techniques can already pose problems. In November, a slightly manipulated video of CNN’s Jim Acosta made its way onto the internet that made a struggle for control of a microphone he had with a White House staffer seem more dramatic and violent than it actually was. The White House tried to use the moment as grounds to revoke Acosta’s press credentials, as administration officials, including Press Secretary Sarah Huckabee Sanders, posted the doctored video online.