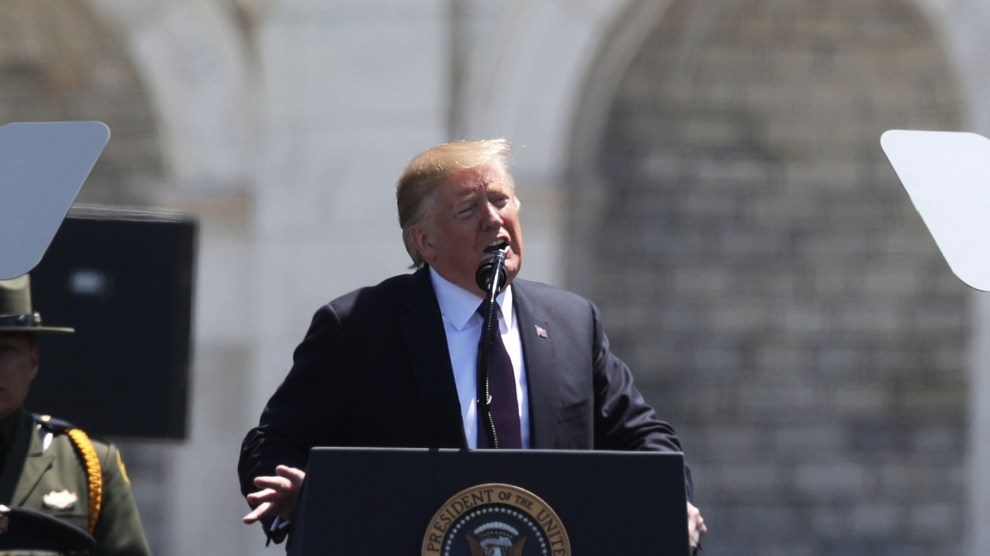 Instead of backing an international effort to curb the rise of hate speech online, the White House opted on Wednesday to focus on alleged bias from tech companies against political conservatives.

The “Christchurch Call” pact—supported by 18 other governments, including New Zealand, Canada, Jordan, and the United Kingdom—aims to reduce extremist content online by outlining new policies and methods for governments and technology companies to address extremism with. The Trump administration announced its decision not to join its erstwhile allies on Wednesday morning.

“No matter your views, if you suspect political bias has caused you to be censored or silenced online, we want to hear about it!” the White House’s official Twitter account tweeted, with a link to the survey. In the form, the White House asks complainants for contact information “in case we need to get in touch.”

The move tracks with the GOP’s ongoing political attack on technology companies like Google, Facebook, and Twitter. Prominent internet conservatives, like Jack Posobiec and Donald Trump Jr., and elected Republicans, including President Trump, have attacked tech companies for more than a year for their alleged “discriminatory and illegal practice[s],” in the words of the president.

Despite their accusations, there isn’t firm data supporting the argument that tech companies are partial along ideological lines. Many conservative accounts have been suspended on major tech platforms; so have many accounts on the left. The highest profile examples of so-called bias are often, in fact, a matter of far-right figures egregiously violating the platforms’ terms of service. Trump booster and internet troll Jacob Wohl, for example, was banned from Twitter after creating a set of duplicitous accounts for the purpose of spreading false political information. Infowars creator Alex Jones was banned from all major platforms after a number of violations—spreading hate speech and inciting harassment over the course of years, including spearheading a long-term hoax that the mass shooting victims at Sandy Hook Elementary School were not real.

Many conservatives also complain of being “shadow banned”—the supposed suppression of conservative content by the platforms as it spreads—but in actuality, right-wing content sometimes outperforms liberal and non-partisan content.

While conservative bias lacks evidence, statistics do show an increase in the volume of hate speech and hate crime in the US—the very things the Christchuch Call pact wants to counter. Hate crime incidents spiked by 20 percent last year alone. While it’s a little more difficult to pinpoint numbers for online hate speech, data suggests that this has increased as well.

We also know that the shooter who massacred individuals at mosques in Christchurch, New Zealand, in March was radicalized online, and he posted his racist manifesto and a link to the livestream of the shooting on 8chan, an American founded imageboard that has become a notorious hub for some of the internet’s worst bigotry.

Still, in the face of this clear increase in hate, the White House opted to not endorse the New Zealand-led call to action against hate speech. In a tepid statement, the White House said, “The United States stands with the international community in condemning terrorist and violent extremist content online in the strongest terms,” caveating that it is “not currently in a position to join the endorsement” due to free speech concerns.