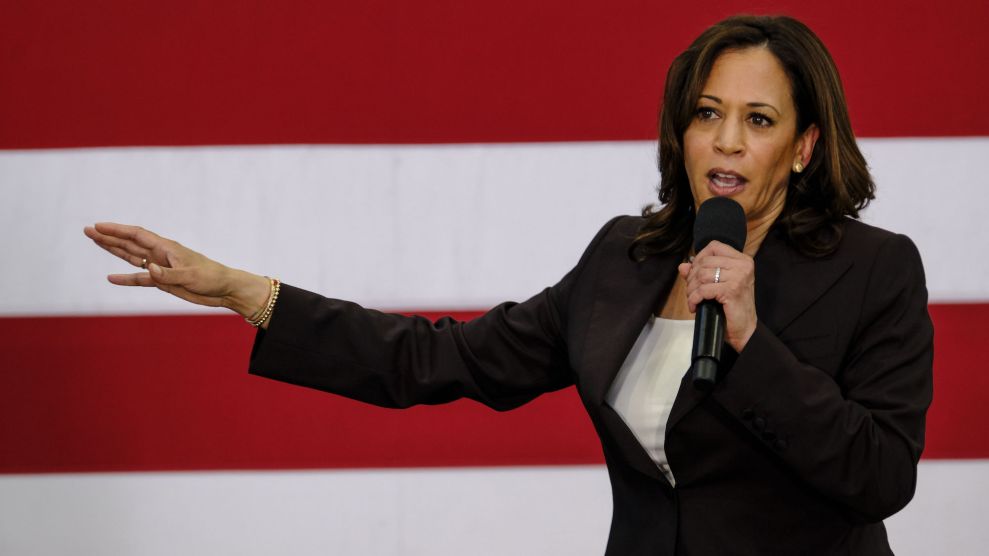 Sen. Kamala Harris was the first candidate to mention the Green New Deal in the first presidential debate, when she corrected NBC moderator Chuck Todd. “I don’t even call it climate change,” she said. “It’s a climate crisis…That is why I support a Green New Deal.”

And yet, of the top four presidential candidates, Harris has the thinnest legislative record when it comes to climate change; her 2019 bill to electrify school bus fleets has taken only a slice at the problem. On Monday, the day before the second round of debates among the 20 Democratic presidential hopefuls, she released the first major climate proposal of her campaign, partnering with the original author of the Green New Deal resolution, Rep. Alexandria Ocasio-Cortez.

The proposal, called the Climate Equity Act, is not a comprehensive plan for addressing the climate crisis or cutting pollution, but it focuses on addressing equity and environmental racism, echoing the broader themes of Harris’ campaign. It does begin to answer one of the key questions around the Green New Deal debate, which is how to include low-income and communities of color—the frontline voices facing the most dire effects of climate change—in the legislative process.

“From the toxic air embattling Cancer Alley in Louisiana and Asthma Alley in the Bronx to the unsafe drinking water in California’s San Joaquin Valley and Flint, Michigan,” Harris said, “the nation’s bedrock environmental protections have not stopped frontline communities from continually falling through the cracks.”

The proposal requires that any environmental legislation receive an equity score to assess its impact on frontline communities, much in the same way the Congressional Budget Office scores the economic costs and impacts of bills. The proposal also requires an extra level of scrutiny for White House executive actions on low-income communities and people of color and feedback from those affected communities. A new Climate and Environmental Justice office would coordinate all the impact assessment efforts.

“We cannot accept a status quo where children of color are drinking toxic water in Flint or breathing toxic air in Louisiana’s Cancer Alley.”

“We cannot accept a status quo where children of color are drinking toxic water in Flint or breathing toxic air in Louisiana’s Cancer Alley,” Harris said in a statement. “This systemic environmental injustice will only get worse and become more ingrained if climate and environmental policies like the Green New Deal do not specifically focus on lifting up these communities.”

Mustafa Ali, the former head of the EPA environmental justice office, noted that the idea of scoring environmental justice impacts is something advocates have pushed for years. “When you look at where most of the fossil fuel facilities are located, they are in communities of color,” Ali said. “That same pollution is warming up our planet and warming our oceans. People are starting to pay at lot of attention to climate change and have to address the environmental injustices.”

Harris is not the only presidential candidate who has come out with a plan focused on environmental justice. Jay Inslee released the fifth plank of his climate change package on Monday that refocuses the White House Council of Environmental Quality as a new clearinghouse for environmental justice and has its own scoring mechanism for impacts.

Ali points out an equity score is potentially significant, because it helps “put up a wall of protections around those communities,” adding, “I think it’s just now starting to gather steam.”