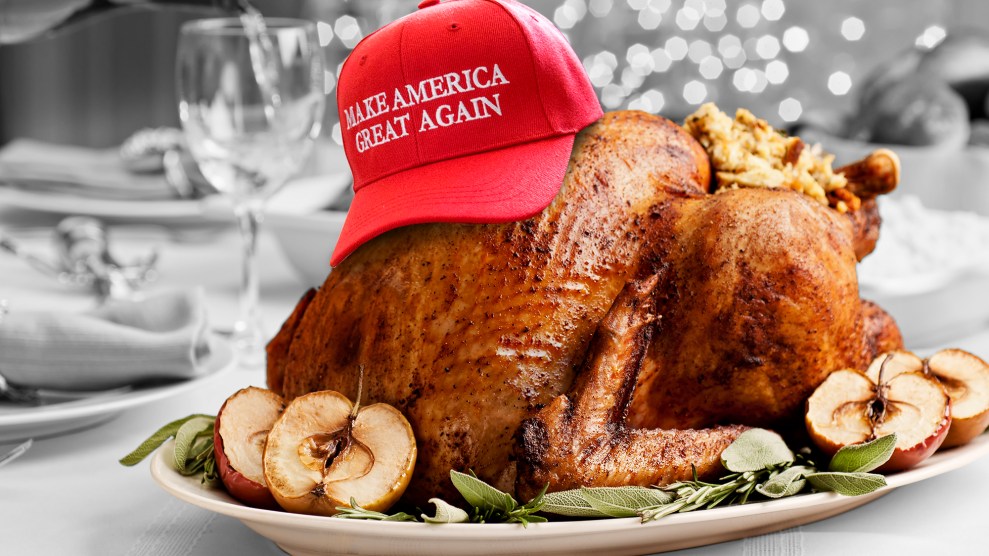 It’s holiday season! Which means it’s time to have some potentially awkward conversations with family, on top of the usual awkward conversations that dredge up old resentments and new disappointments. Lots has already been written about today’s polarized political climate, and if they want, people can more or less successfully avoid being in spaces that run completely counter to their core beliefs.

But the family dinner table isn’t one of those places.

This brings me to the time I recently spent at the Chicago Humanities Festival interviewing the author and scholar Dr. Ibram X. Kendi about his new book, How to be an Antiracist. Kendi has established himself as one of America’s go-to authorities on how racism operates. His first book, Stamped From the Beginning: A Definitive History of Racist Ideas, traced the origin and purpose of racist ideas that informed public policy, from the alleged intellectual inferiority of enslaved African-Americans to the criminality of immigrant laborers from Mexico. His latest book now offers some advice on how to undo those dangerous ideas—of people who are simply racist, of people who may not realize they’re racist, and of people who enable racist ideas to go unchallenged.

So who better to ask about how to confront racist family members before the holidays? Here are some short tips, explained in Kendi’s own words, that are culled from a much longer interview. We got on this particular topic in response to a question from an audience member who wanted to know what to do about good friends who happen to also be “diehard” Trump supports. “Are we co-enablers by not discussing it?” he asked.

Keep in mind that your silence enables their racism.

“Are you co-enablers by not discussing it with them? Yes. And the reason why I would say that is because you have much more of a likelihood to transform them than I do, or Jamilah does, or any of probably the other people in this room. And why is that? For two reasons: because you’re close to them, and if the two of you are white, and the two of them are white, white racists—if part of their appeal to Trump’s racism is their racism—are much more likely to listen to and seriously consider ideas about race coming from other white people.

So then the question becomes: If you choose not to be that person, who’s going to do it? When you think about that, and exponentially add to that, you’re essentially saying that everyone across this country who has friends or family members who are Trump supporters should essentially do nothing, and not be that person who is trying to get them to see the ways in which Trump is harming them, let alone people of color. So then, what’s that going to lead to? That’s going to lead to precisely what we don’t want.”

Strategically offer them some homework.

“You begin any conversation about race with definitions. You have to get on the same page about what is a racist, or who is a racist, but I would more so say what is the racist—what is a racist idea and what is a racist policy. What’s happening in this country is we are arguing over definitions. That’s what’s happening. That’s how you can have the president calling the late Congressman [Elijah] Cummings racist. And then Cummings calling the president racist simultaneously, even though their ideas about race and what they support are dramatically different. The only way that happens is if they have completely different definitions of ‘racist’ and one of their definitions is obviously wrong.

Note: If you’re not quite sure where to start with reading lists, the New York Times and NPR’s “Code Switch” have some really good ones. Atlanta’s independent Charis Books and More has one specifically aimed at white readers.

Before our conversation in Chicago, I interviewed Kendi for the Mother Jones Podcast. You can listen here: