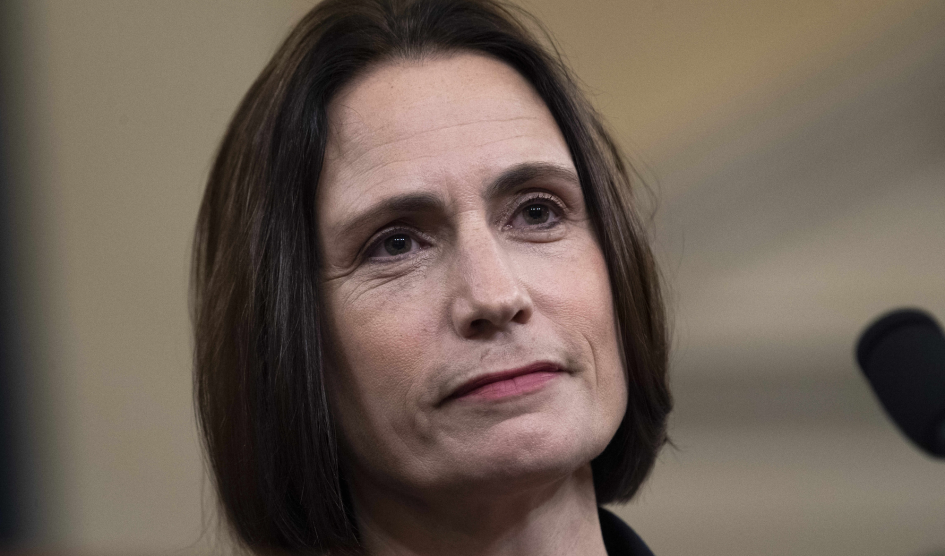 Fiona Hill had been detailing her frustration with US ambassador Gordon Sondland’s alarming efforts to sidestep interagency protocols during Thursday’s final day of impeachment hearings when her testimony suddenly struck an unrelated chord. “To be honest, I was angry with him,” the former top White House adviser on Russia told members of the House impeachment inquiry. “And, you know, I hate to say it. But often when women show anger, it’s not fully appreciated. It’s often pushed onto emotional issues or perhaps deflected onto other people.”

For countless women watching at home, Hill’s anecdote was instantly recognizable: A succinct example of the way a woman’s justified anger is often dismissed as an irrational display of emotion, often sidelining women and limiting their career advancement. That such a common experience was being shared by a brilliant woman like Hill, whose confident poise and expertise were apparent from the very outset of Thursday’s hearing, was no small deal.

Neither was the fact that Hill’s crisp response came during a cross-examination session by Republican counsel, Steve Castor, who repeatedly and unsuccessfully attempted to get her to stumble. When Castor tried to trap her into a false admission that she had once questioned the judgment of Lt. Col. Alexander Vindman, another key impeachment witness, Hill recognized the moment for what it was: part of a long stream of GOP fantasy narratives and smear campaigns aimed to protect the boss. Not everyone is suited for domestic politics, Hill calmly explained to Castor, “That does not mean in any way I was questioning [Vindman’s] overall judgment. Nor was I questioning his substantive expertise.”

Hill continued by turning the moment against Republicans, using the line of questioning as an opportunity to express her strong support and admiration for Vindman instead. Republican attempts to discredit Vindman should have died right there.

Throughout the marathon day, Hill never wavered even through some “epic mansplaining.” Eventually, Republicans seemed to catch on to how damaging her appearance was for them. So, it’s no accident that later, when Hill described the online attacks she has received since becoming a central figure to the impeachment investigation—including the publishing of her personal address—Rep. Mike Turner (R-Ohio) was quick to offer his party’s own sample female victim. “Vile,” Turner called the attacks against Rep. Elise Stefanik, the New York congresswoman Republicans have enlisted for carrying out various stunts and misleading speechless during the past two weeks of hearings.

But Turner’s performative gallantry here was more opportunistic than sincere, aimed at downplaying Hill’s online abuse by deploying the same kind of whataboutism that has become so central in the age of Trump.

But Turner’s performative gallantry here was more opportunistic than sincere, aimed at downplaying Hill’s online abuse by deploying the same kind of whataboutism that has become so central in the age of Trump. And Stefanik was the perfect vehicle for doing so.

Stefanik’s role in the impeachment process paralleled that of Rachel Mitchell, the Arizona prosecutor Republicans hired during the confirmation hearings for Supreme Court nominee Brett Kavanaugh, in which he was accused by Christine Blasey Ford of sexual assault. Mitchell’s role was a transparent attempt to preemptively fend off accusations that Republicans were being unfair or, perish the thought, sexist, by questioning Ford’s allegations.

But when you look at it, the same strategy deployed in these hearings fits into a larger trend in the Trump presidency, where amid evidence of sexism and a long list of women coming forward alleging sexual abuse by the president, a handful of women in powerful positions—Kellyanne Conway, Sarah Huckabee Sanders, and Ivanka Trump—are used as counteroffers. Conway and Sanders are the outspoken attack dogs, Ivanka the poised family loyalist working to empower women in spite of her many detractors. None of them have much to say about the dozens of women who have alleged sexual misconduct, including rape, against Trump or even on the administration’s relentless assault on reproductive rights.

That deceit tenuously propping up Trump’s women, which now appears to include Stefanik, was given a forceful blow when Hill and the other female witnesses appeared before the impeachment hearings. While they may not have been as outspoken, Hill represented all women righteously fed up with men mucking things up around them, like Sondland and the Republicans she called out for parroting dangerous, debunked conspiracy theories, all to the great pleasure of Vladimir Putin.

That kind of blowtorch to deceit was also seen with Marie Yovanovitch, the career diplomat removed as the US ambassador to Ukraine, who after enduring a smear campaign led by the president, gave powerful testimony in a historic impeachment investigation. When asked about the trauma that such smears have inflicted on her family, Yovanovitch declined what appeared to be an invitation for an emotional, perhaps even teary response. “I really do not want to get into that, but thank you,” she respectfully responded. Clearly these are powerful women undeterred by and well-versed in everyday, systematic wrongdoings—including those perpetrated by their president.