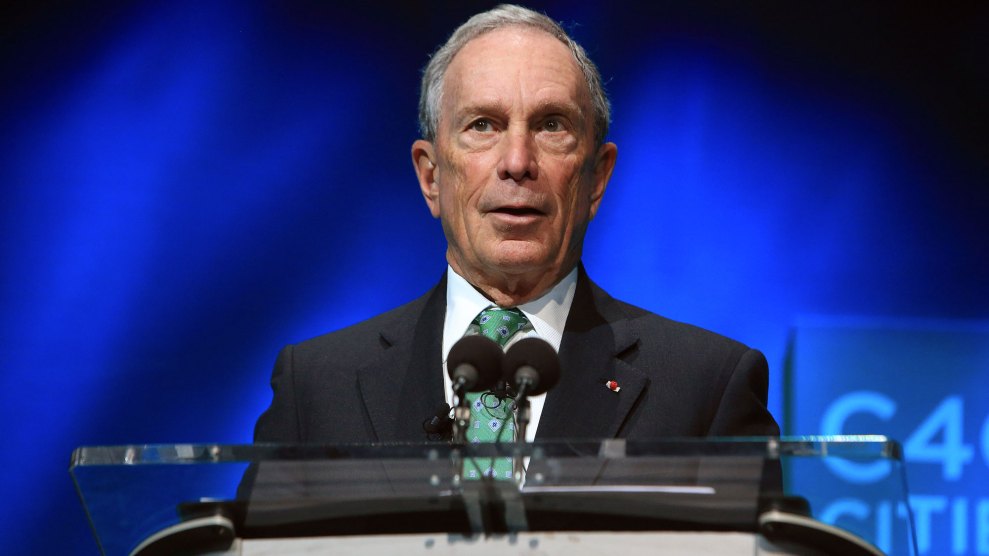 Since leaving office in 2013, former New York City mayor Michael Bloomberg has consistently backed his police department’s “stop and frisk” program in which black and Latino people were nine times more likely to be stopped by police than white people, all in an effort to reduce crime.

As recently as January of this year, Bloomberg defended the policy, saying it succeeded in decreasing the city’s murder rate. But on Sunday, Bloomberg, who filed paperwork for two primaries in a possible bid for the Democratic presidential nomination last week, started his apology tour of sorts, telling a crowd of black churchgoers that he was “wrong” about stop and frisk.

Michael Bloomberg apologizes for 'stop-and-frisk': "I was wrong, and I'm sorry." https://t.co/wTrwFK8exS pic.twitter.com/6FqjVpLZJO

“Over time, I’ve come to understand something that I long struggled to admit to myself: I got something important wrong,” he said in a speech at a black megachurch in Brooklyn, apparently in an effort to marshal black voter support. “I got something important really wrong. I didn’t understand back then the full impact that stops were having on the black and Latino communities. I was totally focused on saving lives — but as we know: good intentions aren’t good enough.”

A federal judge in 2013 deemed the New York police department’s use of stop and frisk starting in 2005 unconstitutional. Research shows that the policy was largely ineffective as a crime reduction strategy.

Bloomberg’s apology also distances him from the president, who has praised stop and frisk policies for reducing crime and called on Chicago police to adopt the practice to stem the tide of gun violence there. Bloomberg’s turnabout at this megachurch speaks to the political nature of the apology: In 2012, he defended “stop and frisk” in the same church, the New York Times pointed out.

Some critics pointed out that “sorry” from Bloomberg simply wasn’t enough.

“Forgive many of us for questioning apologies a decade late and on the eve of a presidential run. It is not nearly enough to erase the legacy of the systemic abuses,” he says. https://t.co/CMuT5zw99x

Under Bloomberg, NYPD increased stop and frisk from 100,000 stops to nearly 700,000 stops per year. 90% of those impacted were people of color – overwhelmingly black and brown men. Bloomberg personally has the money to begin paying reparations for this harm. “Sorry” isn’t enough. https://t.co/kF1n9nLhfT

“The practice was part of a strategy to reduce violent crime, & murder went down by 43%.”

And, yet, cities that didn’t rely on stop-and-frisk (I.e. Los Angeles and Dallas) also saw major declines in their murder rates, for which Bloomberg doesn’t account. https://t.co/KRtQ6NX0Z8 pic.twitter.com/Vpr0tC5aci

3 thoughts:
1. Bloomberg can apologize now for fighting for years to keep an unconstitutional, racist system in place.
2. That he defended his view, up to and including earlier this year, is its own disqualifying factor in his presidential candidacy beyond the policy itself.

The kicker from Sharpton statement on Bloomberg's apology on Stop and Frisk: "We will have to wait and see whether it was politically motivated but Mr. Bloomberg should be judged by the same standards we judged Joe Biden, the author of the 1994 Crime Bill…" adds Sanders too.