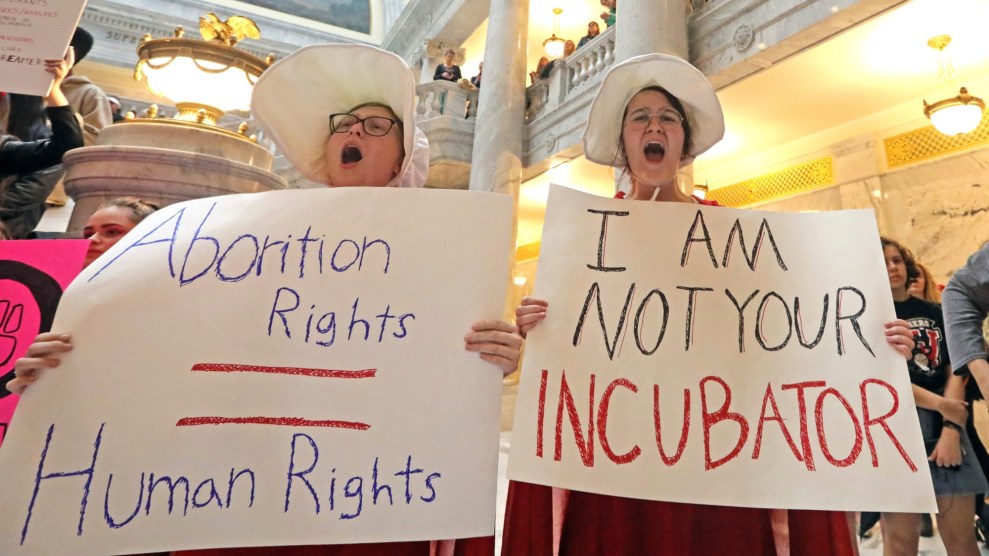 The so-called abortion reversal pill has been touted by abortion foes throughout the country, from Republican politicians to crisis pregnancy centers, as the “fix” for abortions. In the past year, several states have passed laws requiring doctors to inform patients that abortions can be reversed. However, a new study has revealed that not only is there no evidence this pill reverses abortions, but it can actually be incredibly dangerous.

In a study published Thursday in the journal Obstetrics and Gynecology, researchers at the University of California, Davis, were looking to determine whether taking progesterone could prevent an abortion after a patient has taken the first of two pills required for a medically induced abortion. However, the study was halted in July over serious “safety concerns” after testing only 12 of the 40 intended participants.

Three of the women had to be taken to the hospital after severe vaginal bleeding occurred. After the third hospitalization, the researchers ended the study and concluded that “patients in early pregnancy who use only mifepristone may be at high risk of significant hemorrhage.” In comparison, the American College of Obstetricians and Gynecologists lists abortion as a low-risk surgery, with a complication rate of less than 1 percent.

Although researchers could not determine whether giving patients progesterone is an effective method of reversing abortions, the results are troubling in light of recent pushes to include abortion reversal in abortion counseling. Eight states—Arkansas, Idaho, Kentucky, North Dakota, South Dakota, Oklahoma, Nebraska, and Utah—have “compelled speech” laws on the books requiring abortion providers to inform patients that abortions can be reversed. Five of those states passed these laws within the past year.

Earlier this year, the American Medical Association sued North Dakota over its “compelled speech” law, arguing that it forced doctors “to provide patients with false, misleading, non-medical information about reproductive health.” A federal judge temporarily blocked the law writing in his order that the law was “unsound,” and lacked “any medical or scientific evidence to support such a message.” There are currently no published studies proving the efficacy of progesterone as an abortion reversal drug.

Conservative lawmakers aren’t the only ones pushing unscientific claims about abortion reversals. Heartbeat International, an anti-abortion organization that runs the world’s largest network of crisis pregnancy centers—which seek to deter people from going through with abortions—actively promotes the use of abortion reversal pills. The organization even has an abortion pill reversal hotline, which it says has aided women in reversing more than 450 abortions. Its website claims that the “Abortion Pill Reversal empowers a woman to choose life for herself and for her baby.” Nowhere on the page does it explain that mifepristone has never been proven in a scientific study to effectively reverse abortions.