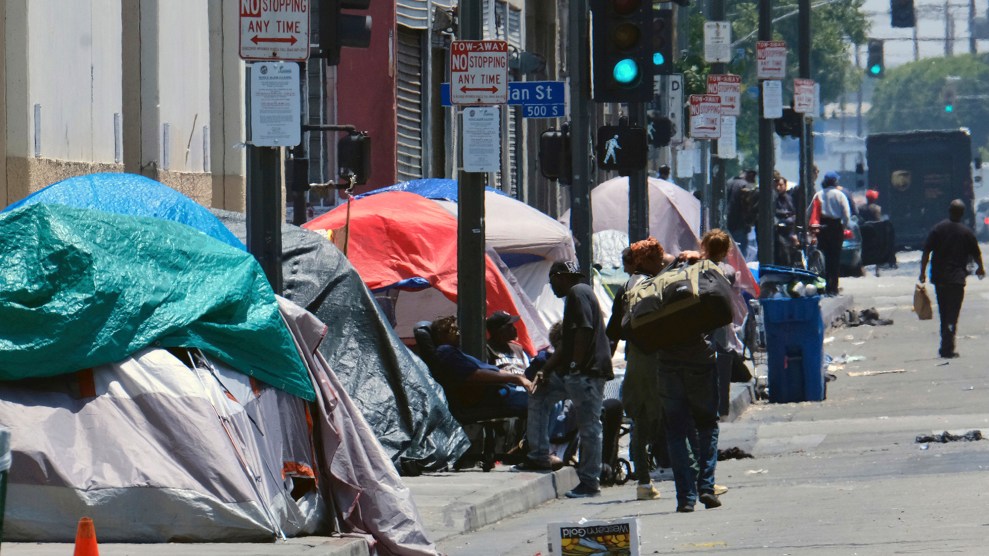 Update, Thursday Jan. 30, 2020, 11:30 am PT: SB 50 failed in dramatic fashion after two days of deliberation Thursday with a final vote of 18-15 (it needed 21 votes to pass) and several lawmakers opting not to vote. After, Senate President pro Tempore Toni Atkins personally committed to passing a housing production bill this year.

Earlier this month, it looked like California’s hotly contested housing legislation, Senate Bill 50, might fail yet again. As it was nearing a fatal deadline, bill author state Sen. Scott Wiener caught a break: Senate President Pro Tempore Toni Atkins moved the bill out of the Appropriations Committee, where it was held up since last year by a vocal SB 50 critic, and into the Rules Committee—creating a much clearer path forward for the bill to become law. Now it could see a vote on the Senate floor as soon as Wednesday.

It was just one more turn in the merry-go-round of years-long drama surrounding the legislation that has the power to completely transform the state’s transit and housing landscape. The bill, which requires higher density housing around transit hubs, has from the start been contentious even among factions on the left (much like a lot of housing policy discussion these days). To oversimplify: The debate essentially comes down to those who think the key is more housing, plain and simple (YIMBYs); those who may acknowledge California needs more housing but who don’t want the landscape to change around them (NIMBYs); and those who know the state urgently needs more housing, but who are first and foremost concerned about who that housing is for (housing justice advocates).

SB 50 “touches on so many concerns and anxieties in our state.”

“This is legislation that makes some really significant changes to how we do land use in California and how we’ve done it for the last 170 years,” he adds.

Since SB 50 was shelved last May, Wiener has been working with key stakeholders to amend it and broaden its support. In January, he debuted the new version, which has until Friday to make it out of the Senate or perish. The amended bill has recently garnered new endorsements from city officials and organizations like the United Farm Workers, but it still faces significant opposition, including from groups representing low-income communities.

The debate over SB 50 (and housing in general) increasingly focuses on the idea of local control, which—along with zoning—is alternatingly seen as a community’s best chance to protect itself or the biggest obstacle to even and equitable progress.

On the one hand, broad single family zoning is a driver of the state’s severe housing shortage, and zoning (through redlining) has been used to racially segregate cities. On the other, zoning can be a tool to protect people from environmental hazards and displacement (inclusionary zoning) or to preserve a neighborhood, and many local officials and residents feel decisions affecting communities should be made by those who live in them. It’s complicated—and it’s not just California struggling over these questions. As my colleague Aaron Wiener (no relation to the lawmaker) has reported, legislators in Virginia are considering a contentious bill to change single family housing zoning regulations, something Oregon and Minneapolis also did recently.

Local control—along with zoning—is alternatingly seen as the best chance for a community to protect itself or the biggest obstacle to even and equitable progress.

It’s no surprise, then, that the most significant change from the previous version of the bill aims to ease concerns that SB 50 takes away too much control from local governments. In its latest iteration, cities can decide where to make zoning changes near transit as long as density requirements are met. Cities have two years to come up with their own plans or they’ll face SB 50’s one-size-fits all standard. (“Sensitive communities”—segregated and low-income areas and those vulnerable to displacement and gentrification—have five years.) The bill also bars cities from concentrating new housing in low-income communities and forbids the demolition of buildings with renters. (There are some concerns, though, about the mechanisms to actually enforce these protections.)

Further details around local control still need to be ironed out, which Wiener says Gov. Gavin Newsom’s office has offered to facilitate.

Throughout SB 50, special rules, conditions, or exemptions are laid out to protect “sensitive communities,” but questions remain around the term’s broad definition and just who will be included or left out of the designation.

Still, some affordable housing organizations want sensitive communities to be exempt from SB 50 requirements altogether, with the possibility of opting in. “Our cities, towns, and communities have been shaped by different histories, economic drivers, and present-day conditions. State policy must be responsive to these differences. Race and class inequality and top-down policies that excluded people of color and low-income people, such as redlining and Urban Renewal, have had devastating, multi-generational consequences on these communities while further concentrating wealth and opportunity in others,” a coalition of 27 housing justice groups and public interest law firms wrote in a letter to Wiener last week. “To protect sensitive communities, SB 50 must accurately identify all sensitive communities and preserve meaningful self-determination in those communities so that they can plan for an inclusive future. As drafted SB 50 does not accomplish this.”

Currently, SB 50 requires new housing developments save up to 25 percent of units for lower-income residents, depending on the project size. And now, 40 percent of low-income units must be reserved for local residents.

“Our cities, towns, and communities have been shaped by different histories, economic drivers, and present-day conditions. State policy must be responsive to these differences.”

While YIMBYs warn against raising affordability requirements—arguing developers would then be reluctant to build, given high construction costs—affordability advocates say SB 50, as it stands, will exacerbate the already existing imbalance between market-rate housing and low- and moderate-income units. “SB 50 is stimulating market rate development by increasing the value of land through zoning, and when you do that you’re actually creating value to the development side of the equation,” says Peter Cohen, co-director of the Council of Community Housing Organizations, a coalition of 26 affordable housing developers and advocates in San Francisco and one of the co-signers on the letter of opposition to Wiener.  “There’s got to be some giveback. No matter where you are in the state or what size the project is, there should be some affordability requirement above what may already be required. So far, it’s not cutting muster.”

The Board of Supervisors in San Francisco (a city Wiener represents) has repeatedly voiced its opposition to SB 50, and one of its still-yet unaddressed concerns is a demand for simultaneous investment and improvement in infrastructure and transportation, given that new housing would be centered around transit. In a resolution opposing the bill, the supervisors asked that it be amended to “ensure areas impacted by SB 50…receive increased transportation incentives, especially where services and infrastructure are currently inadequate, subject to delays and overcrowding, and/or deficient in their state of repair.” (They suggested state-funded grants, allowing fees for private developers, and California Environmental Quality Act exemptions.)

Wiener rejects that argument as grounds to nix SB 50: “Yes, we need more transit funding, but we also need more housing, and if you condition one on the other happening, you’re probably not going to achieve either,” he says. “The idea that we’re going to say to people, ‘You have to continue to live in your car until we get around to perfecting the transit. You need to continue to commute in from Stockton until we perfect our transit’—that is a specious and terrible argument. These are all important [issues]. And we have to do all of them.”

He continues, “but it’s not the reality of life that you do everything all at the same time.”

“The idea that we’re going to say to people, ‘You have to continue to live in your car until we get around to perfecting the transit’—that is a specious and terrible argument.”

Then there are people, like Appropriations Committee chair state Sen. Anthony Portantino, who feel that mandates like those in SB 50 could have unintended consequences that could even discourage new transit projects. But Wiener argues Portantino’s preferred incentive-based approach won’t cut it. “When you look at the magnitude of our housing shortage, millions of homes, 25 percent of the nation’s homeless population and 50 percent of the nation’s unsheltered homeless population, when you look at the poverty rates, when you look at the explosion of super commuters and congestion in our freeways and carbon emissions, this a massive emergency. The idea that we’re going to just say, ‘We’re going to give you some incentives to do the right thing’—that hasn’t worked in the past, and that will never work at the scale that we need.”

If SB 50 passes through the state Senate by January 31, the Assembly will start to consider the bill in committee hearings in four months or so.

In the interim, Wiener says the bill will continue to change. “Even though I was very disappointed when the bill was delayed last May, it is a stronger bill now than it was then, and we made a lot of progress in the last seven months,” he notes. “In retrospect, as disappointing as it was, it did give us an opportunity to make the bill better, and to build an even broader coalition. The reality is in the legislature that, there are very rarely fast direct paths to anything of significance. You’ve got to work at it, sometimes for multiple years, and that’s ok.”

Cohen, for one, remains to be convinced. “This kind of experience of drip feeding little changes one by one, and especially as the clock starts to run out on the legislative process, is really frustrating,” he says. “It doesn’t feel as though it’s a really earnest way of hearing the feedback from communities and organizations that are actually working on the ground.”

Ultimately, if SB 50 fails again, Wiener says he’ll head right back to the drawing board. “This isn’t going away. We have to reform our approach to zoning,” he says. “If we want California to have a future economically, environmentally, a future where we remain diverse, we have to fix this. We’re not going to let this idea by.”