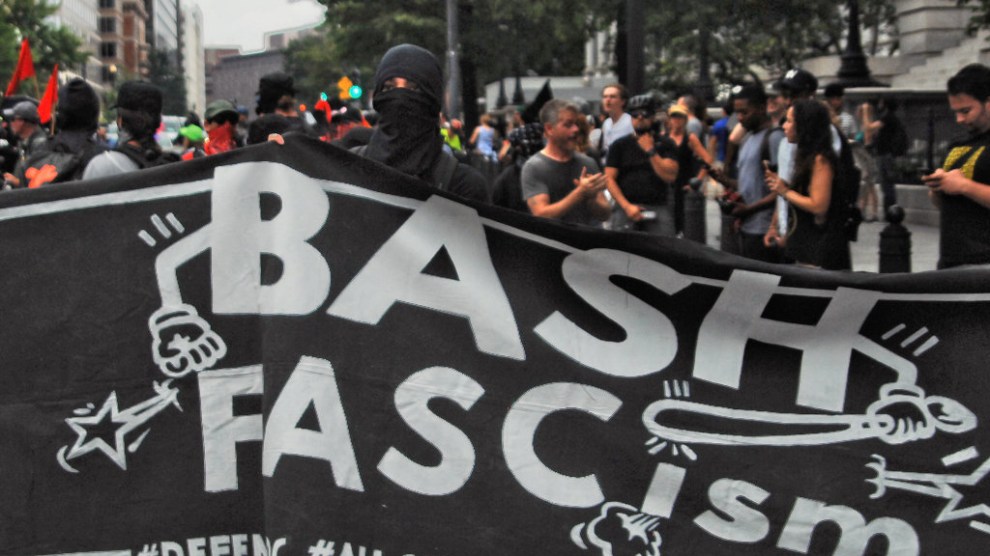 Anti-racist activists gather on the one year anniversary of the Charlottesville alt-right rally.Cory Clark/NurPhoto via Getty

Neo-nazi and fascist groups have been posting antisemitic and racist messages and calls for violence on the encrypted messaging app Telegram in advance of a massive gun rally in Richmond, Virginia, on Monday that far-right extremists are expected to attend and that officials fear might turn violent.

The companies have stood idle as extremist groups have taken advantage.

“If you are not ready to leave your family, friends and daily life and get violent then you need to sit the fuck down,” read a message posted by one account with over a thousand followers that has pushed a new civil war. “Virginia is less than a week away and it will decide the fate and the rate for this year.”

Another account with thousands of followers has been posting compressed files of “reading material” in the lead up to the event with file names like “Guerrilla Warfare, Terrorism,” “Tracking and Evasion,” and “Revenge Anarchy.”

On sites like 4chan and other forums popular with internet racists, there’s little that can be done to stop neo-Nazis and white supremacists from posting and organizing. But in the case of Telegram, though, Google and Apple have the power to curb neo-Nazi communications if they choose to.

Both companies have rules for apps in their app stores that Telegram aggressively and frequently violates. Instead of enforcing these policies, the companies have stood idle as extremist groups have taken advantage of their inaction to communicate, organize, recruit, and rally allies and members on Telegram. As these groups prepare to descend on Richmond where they’ve called for violence, Apple and Google have the ability to take away a potentially critical organizing and communication tool.

White nationalist, neo-Nazi, and fascist Telegram channels routinely share content that violates all of these rules, by advocating for violence against a host of racial groups, ethnicities, and the police, while frequently posting anti-Semetic and racist content.

Telegram appears to be adhering to Apple’s rules in select cases. Certain fascist and neo-Nazi Telegram channels aren’t accessible in the iPhone app. When users try to access them, they’re met with a message that reads “Unfortunately, this channel couldn’t be displayed on your device because it violates Apple App Store Review Guidelines, section 1.1.1,” the provision barring content discriminating against race, religion, and other categories.

Overall though, hundreds of openly hateful groups, many of which implicitly or overtly call for violence, are still operating unfettered on Telegram, according to one list of Neo-Nazi Telegram channels Mother Jones reviewed.

It’s unclear why both companies have neglected to enforce their own platform policies on Telegram. Apple told Mother Jones that it is looking into the issue, and said that developers are responsible for moderating their own content. The company noted that it would notify the developer and work with them to address the issues and potentially remove the app if a solution isn’t reached. Google declined to comment. Telegram did not respond to a request for comment.

Apple has taken action on Telegram in the past, briefly removing it from the app store in 2018 for unspecified “inappropriate content.”

Telegram, which the Anti Defamation League has called a white supremacist “safe haven,” is a valuable tool for right-wing extremists. Unlike other encrypted messaging apps, Telegram functions as a platform where users can post publicly to their followers and anyone else that accesses the channel, making it useful not just for communicating but also for recruiting new members.

While Telegram has taken a vigorous free speech approach, it has taken down some public channels in the past, including ones backing ISIS. Telegram itself has admitted that while it is committed to privacy, it has no qualms taking down public content, but has yet to meaningfully address its right-wing extremist problem.