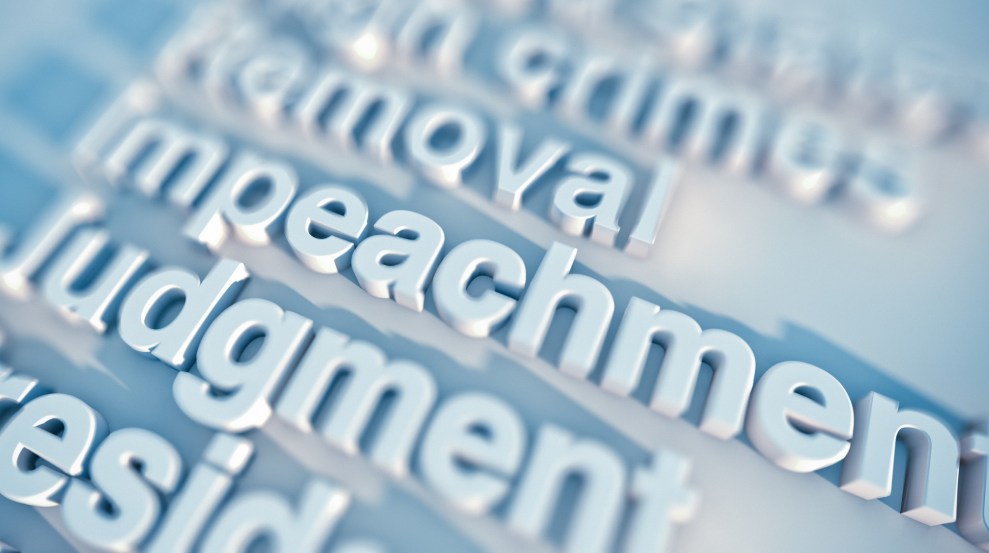 There’s still more milk to spill on the Senate floor. President Donald Trump’s impeachment defense has rested after less than 24 hours of astonishing misrepresentations of the the facts, and vitriolic broadsides against the process and the Democrats. So now it’s time to tally the votes: Can Senate Majority Leader Mitch McConnell’s majority hold to prevent new witnesses from being called? He seems worried, telling a private meeting of his lawmakers on Tuesday night he didn’t yet have the numbers to stop it. So, where does that leave us?

“Of course, the big question is: Will there be witnesses?” David Corn tells the Mother Jones Podcast.

In these final days and hours of the Trump impeachment saga, bombshells keep exploding. A leak this week of former National Security Adviser John Bolton’s book manuscript heightened pressure on the handful of Republican senators able to green-light new evidence, or allow the trial to come to a speedy conclusion. “Here we have John Bolton, who is apparently prepared to testify,” says Corn. “And according to the book he will say, ‘Hey! He told me! I’m your first-hand witness. I heard this directly from the president. Quid pro quo, pressuring, muscling, extortion, whatever you want to call it. I heard it!'”

And then what? On today’s show, you’ll hear Mother Jones’ DC bureau chief David Corn attempt to answer the burning questions at the center of this week’s drama: What does John Bolton know? Will any Republican Senators defect from the party line? And even, if all this happens, will it matter?

“I don’t know how many Americans really need to put themselves through the act of watching Kenneth Starr go on and on in his shower of hypocrisy,” says Corn. “If you were to call witnesses, if you have John Bolton up there or bring back Gordon Sondland—you know, the stars of the House impeachment inquiry—people would certainly tune in to watch that.”

The Trump presidency has been marked by scandal, corruption, and dirty deals. These next few days will determine if the most serious Constitutional action possible to remove a president from office will become just another Trump scandal he emerges from relatively unscathed, or if this will be a real moment of reckoning.

“I think this whole process has been bad for Trump and bad for them,” says Corn. “Unless you’re part of the Trump cult, the fact pattern established by the hearings is pretty clear. It made the Republicans turn themselves into pretzels to try to defend this.”