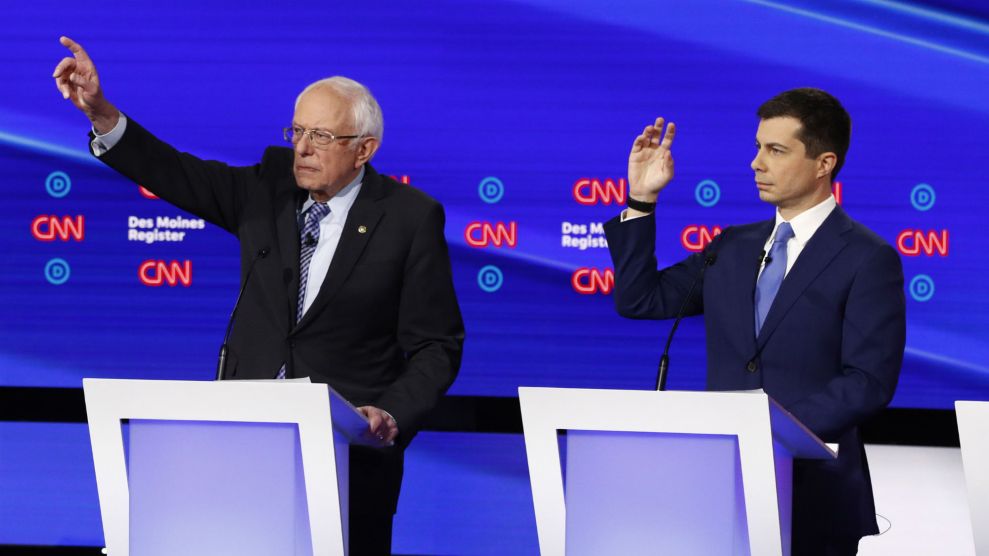 Confused about what’s happening in Iowa? You’re not alone.

Late on Tuesday, the state Democratic party released results from 62 percent of Iowa’s 1,700-plus precincts, and in that limited set of numbers, we’re seeing a split: More caucus-goers turned out for Bernie, but Pete Buttigieg has a small lead in delegates awarded from the contest. How can this happen? Yesterday, before it became clear that the state’s reporting process was not working as expected, I wrote about some of the undemocratic aspects of the the Iowa caucuses, and how this year’s contest had been tinkered with in the goal of, in the state party’s words, making the “most accessible, transparent, and successful caucuses ever.” (Oops.) Here are some helpful excerpts:

Like the Electoral College, the party’s rules can advantage rural areas. One recent analysis showed that it only takes 43 participants in tiny Fremont County to win a delegate from a caucus, but in Johnson and Story counties, which both host state universities, it takes more than 200. In Polk, home to Des Moines and the state’s largest county, the number is about 150….

The clearest boost to transparency will be the release of three official sets of numbers: Not just, as the state party has always made available, the smaller number of how many local delegates each candidate won on caucus night, but also much larger headcounts of caucus-going Iowans’ first and final choices. This could create the impression of two, or even three, separate winners on caucus night, triggering a debate about who really “won.” (The caucus determines fewer than 1 percent of the pledged delegates who will select the presidential candidate; winning Iowa, however defined, has always been more a show of force than a practical step to the nomination.) A disconnect where one or both headcount numbers show a candidate with more supporters turning out on caucus night but emerging with fewer delegates would only highlight how the contest’s intricacies can work against the principle of one person, one vote.

The decision to release those headcount numbers was done at the urging of Sanders’ camp in the wake of the 2016 election, after his supporters suspected that something similar to what’s happening this week occurred in that year’s contest: that more Sanders supporters showed up on caucus night than Hillary Clinton supporters, but that Clinton’s backers were concentrated in precincts where it is easier to elect delegates.

Both Buttigieg and Sanders are in New Hampshire, which on Tuesday will host the Democratic nomination process’s next contest. If this split holds, you can expect both of them to talk up their favorite numbers tonight—and through the next week.

Listen to Mother Jones‘ Ari Berman and Tim Murphy discuss the fallout from the Iowa voting debacle on this week’s special early edition of the Mother Jones Podcast: