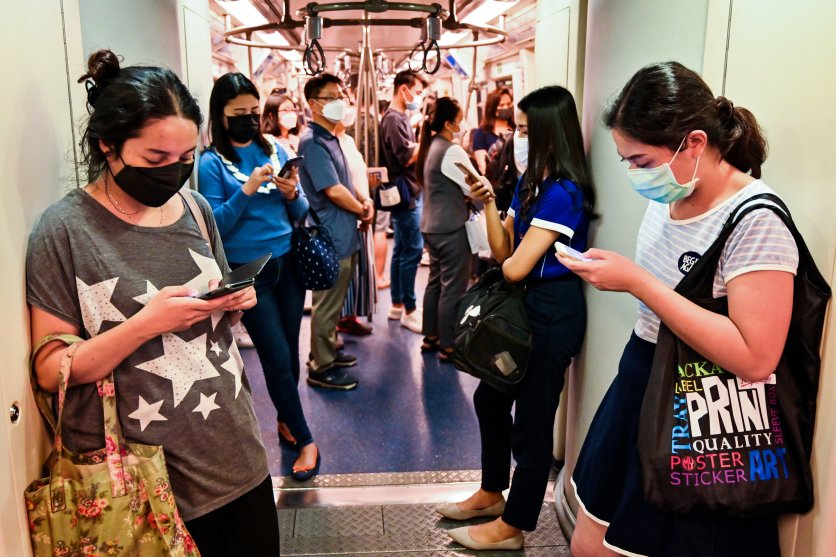 When the coronavirus broke out of China to grab global attention, internet trolls and grifters began peddling a conspiracy about how the virus was actually created as a bioweapon.

Now, Russian propaganda outlets associated with the Kremlin have taken that already warped conspiracy theory and bent it to their own ends. Eto Buziashvili, an analyst at the Atlantic Foundation’s Digital Forensic Research Lab, published a report on Thursday documenting how such sites have pushed different versions of conspiracies alleging that the coronavirus is a U.S.-creation, and potentially a bioweapon designed to target China.

The economic version of the narrative, published by Topcor.ru, suggested that the ongoing trade war with China has cost the U.S. billions of dollars, and the latter would benefit from the virus undermining the former’s economy.

An alternate version of the narrative, disseminated by [katyusha.org], states that the Chinese military is claiming the virus was artificially produced in U.S. laboratories with the goal of breaking China from within. The fringe outlet suggested that the outbreak is essentially a U.S. bioweaponry reconnaissance operation with the goal of testing the capabilities of Chinese biological weapons defenses.

Additional outlets referred to statements by pro-Kremlin military expert Igor Nikulin on TV Zvezda, who claimed that the appearance of the virus looked like sabotage. According to Nikulin, the United States actively researches lethal disease vectors to test them within a population while simultaneously developing cures for them. Similar narratives have begun to appear on more mainstream pro-Kremlin outlets, including Pravda TV and Izvestia.

There is precedent for similar propaganda wars in the wake of outbreaks. In her report, Buziashvili details “Operation Infektion,” campaign launched by the Soviet Union in the later years of the Cold War.

[T]he campaign began in 1983 when a little-known Indian newspaper—later exposed to be financed by the Soviet leadership—published an anonymous letter with the headline, “AIDS May Invade India: Mystery Disease Caused by U.S. Experiments.” The column pushed a conspiracy theory that the virus causing AIDS was developed in an underground U.S. biological weapons lab. Over several years, the false narrative was picked up by other media, before eventually making its way to the United States, including CBS Evening News. In 1992, Russia’s Foreign Intelligence Service admitted that Operation Infektion had been backed by the KGB.

Pro-Kremlin websites are just one example of the kinds of outlets trying to capitalize on coronavirus fears. Some YouTube creators have been doing their best to get views and hawk money-making products and services on the backs of coronavirus fears; high-profile right-wing conspiracy theorists like Alex Jones are doing the same. Facebook, Twitter, and YouTube have tried to step up their efforts to curb misinformation linked to the virus, but hoaxes and conspiracies continue to seep through.