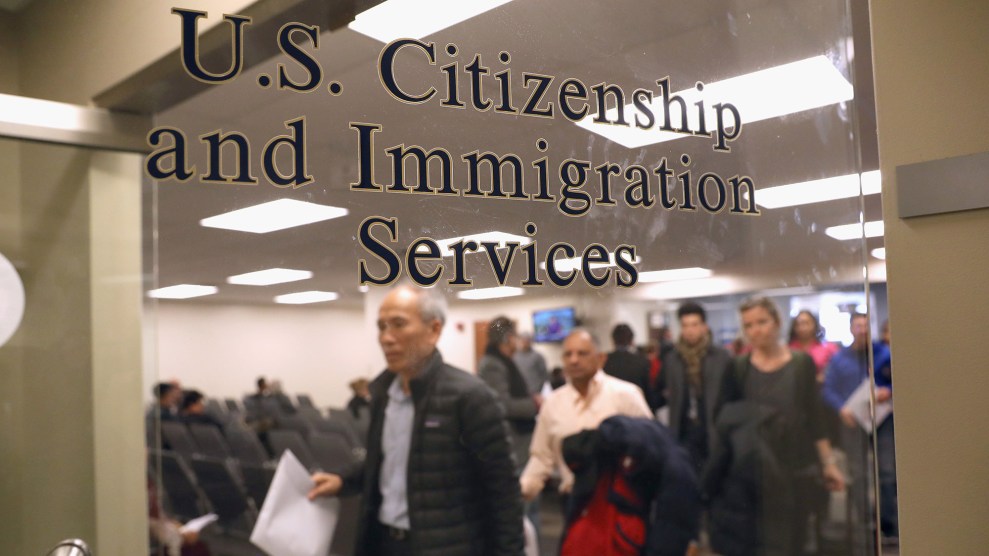 When President Donald Trump took office, he wasted no time in overhauling immigration system with high-profile moves such as separating asylum seekers from their children, rolling back the Deferred Action for Childhood Arrivals (DACA) program, and diverting federal funds to build a border wall. Yet along with these dramatic changes, the administration has been implementing smaller, less visible bureaucratic changes that have affected people who seek to work, study, or stay in the United States through visas, green cards, and family unification programs.

As Ur Jaddou, the former chief counsel of United States Citizenship and Immigration Services (USCIS), the federal agency that oversees visas, work permits, and green cards told Highline, “the sheer number of both significant and less significant changes is overwhelming. It will take an ambitious plan over a series of years to undo it all.”

Here are five charts that visualize the impact of the Trump administration’s policies across the immigration system.

In 2019, the United States admitted the lowest number of refugees since 1980. Last fall, the Trump administration announced it would reduce the number of refugees it will admit in 2020 to 18,000, 40 percent fewer than the 30,000 let last year.

More people are being denied visas and residency

Trump is not just throwing up obstacles for refugees. The denial rates for 13 categories of family-based and employment-based visas and residency permits have spiked since he took office. For example, immigrants serving in the U.S. military are finding it harder to become citizens and the fiancées of American citizens in other countries are also being denied temporary visas at a higher rate.

Denials for employment visas have shot up

Even though President Trump has said and that he wants to revamp the system to allow for more “merit-based immigration,” denials of employment-based visas have also gone up. As detailed in an investigation by Mother Jones and Reveal, denial rates for H-1B “tech visas” denial rates jumped from 4 percent in 2015 to 16 percent in the 2019 fiscal year, and the number of lawsuits over wrongful visa denials have spiked.

Fewer people are applying for visas and residency

The flip side of rising denial rates is a reduction in the number of people applying for visas. For example, applications for U-visas from immigrants who have been victims of crime in the United States have gone down 10 percent since 2015. Reports say that fear of deportation within immigrant communities keep them from applying. Since Trump announced the rollback of DACA, fewer people have been able to apply under the program, which is reflected in its shrinking application numbers.

With the implementation of Trump’s travel ban on residents of countries including Iran, Yemen, Libya, and Syria, the number of students and tourists from the Middle East has decreased significantly. Though the travel ban—and its proposed expansion are keeping visitors away, fewer tourists and students are coming to the United States from the rest of the world in general. Experts say that Trump’s anti-immigration rhetoric and crackdown on work visas may be discouraging foreign students from coming here. In 2019, the United States welcomed the lowest number of International students since 2010.