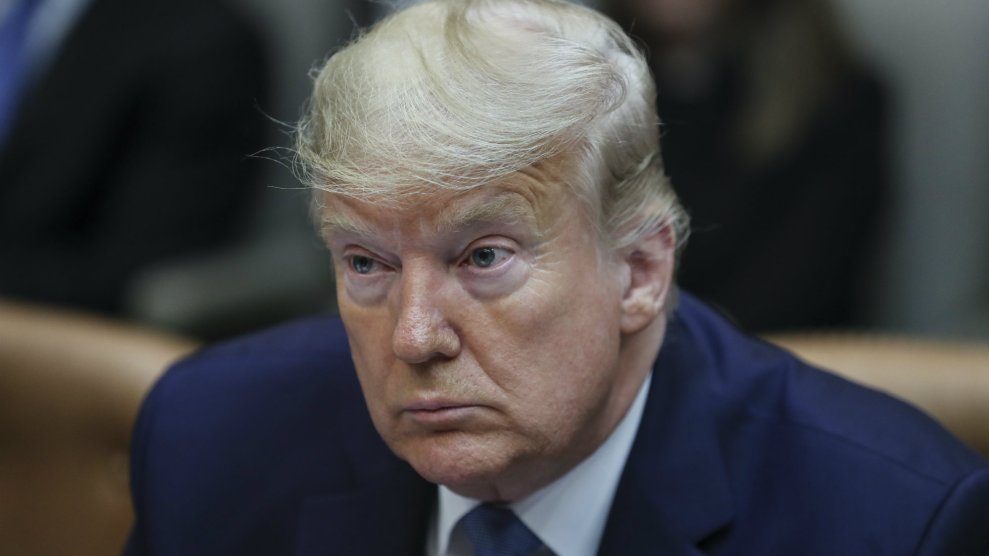 “Is the worst yet to come, Dr. Fauci?” Rep. Carolyn Maloney (D-N.Y.) asked Dr. Anthony Fauci, the director of the National Institute of Allergy and Infectious Diseases. “Yes, yes it is,” he replied. As confirmed US cases of the novel coronavirus topped 1,000 and 31 deaths have been recorded so far, Dr. Fauci alongside Dr. Robert Redfield, the director of the Centers for Disease Control and Prevention, testified before the Oversight and Reform Committee in the US House hearing on the coronavirus response and preparedness.

States are taking drastic measures to stop the spread of the disease by shutting down schools, banning large gatherings, and businesses are urging those who can to work from home. So far, 13 governors have announced states of emergencies. The shortage of coronavirus tests have obscured the true number of cases, and public health officials are worried that the US hospital system could struggle under the weight of the outbreak. But during a hearing when lawmakers have a chance to discuss the issue with public health officials, some Republicans are focused on one key issue: How Democratic leaders have criticized the way President Donald Trump has handled the outbreak.

“I am incredibly disappointed in the politicization of this COVID-19 response.”

“I am incredibly disappointed in the politicization of this COVID-19 response,” Rep. Mark Green (R-Tenn.) said referring to the outbreak by the name of the illness it causes. “The 24/7 criticism that the president is undergoing is unwarranted at a minimum and absolutely maligns the hard work done by [public health agencies].” Complaining about politicization while politicizing absolutely everything has become a signature move of the president and Republicans. For weeks, members of the GOP have been claiming the “panic” over coronavirus is some kind of plot to discredit Trump.

Green, who once had to walk back his false comments that vaccines might cause autism, then listed the timeline of the Trump administration’s response to the virus, including his February 26 appointment of Vice President Mike Pence to lead the coronavirus task force (which has been suffering from some serious infighting). “Yet, according to the leadership of the other party,” Green said righteously, “our president has failed us.” And while it’s true that public health agencies like the Department of Health and Human Services have been working tirelessly to mitigate the spread, Trump has spent the last few weeks downplaying the virus, contradicting his own public health officials, and making some downright dumb public statements.

Last month, when there were only 15 confirmed cases in the nation, Trump claimed that we’d soon be at zero. When the World Health Organization said that the fatality rate for coronavirus was 3.4 percent, the president told Fox News that number was false—based on a hunch. And while public health officials have been warning that the coronavirus is not just the flu, Trump has tweeted comparing the two illnesses to make the point that the flu is more serious.

As a rejoinder to Green’s insistence that Trump is handling the outbreak with competence and grace, Rep. Stephen Lynch (D-Mass.) reminded the committee and the witnesses that Trump has spent weeks making bizarre statements. He noted a truly baffling one at a press conference at the CDC. “When the president says he has an uncle who went to MIT in the 1930s and he has a natural ability for this,” Lynch said, “it’s got to raise some red flags.”

The House Oversight Committee hearing was recessed so the witnesses could attend a White House meeting. It is set to resume later today.