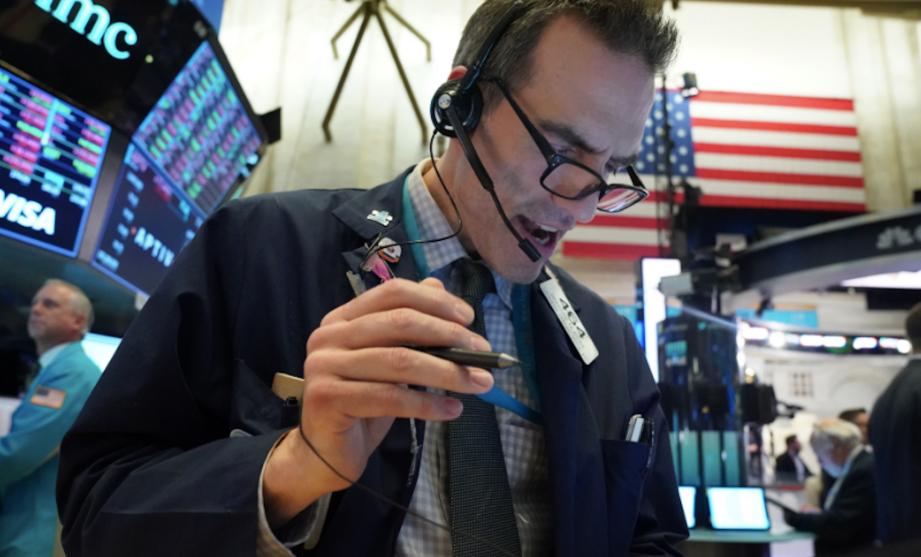 Global stock markets, already reeling from intense panic over the spread of the novel coronavirus, plunged on Monday as oil prices nose-dived by more than 30 percent—the biggest daily drop since the Gulf War in 1991—after Saudi Arabia shocked the world by launching a price war against Russia. The drop comes as the number of confirmed cases of the virus reached nearly 110,000 worldwide.

Economists in the United States and Europe are now bracing for what could be the largest decline in the stock market since the 2008 global recession. Even before US markets opened, the S&P 500 on Sunday triggered a system to pause futures after contracts fell 5 percent. The first of three so-called “circuit breaker” levels, which kicks in after stocks fall 7 percent, went into effect on Monday, halting trading for 15 minutes.

Futures on the Dow Jones Industrial Average indicated an opening drop of more than 1,300 points. The S&P 500 futures indicated a 5% drop at Monday’s open. The S&P futures trading was briefly halted overnight. The sharp declines in the futures market signaled more turbulence ahead after a roller-coaster week that saw the S&P 500 swing up or down more than 2.5% for four days straight.

Saudi Arabia on Saturday slashed official crude selling prices for April, in a sudden U-turn from previous attempts to support the oil market as the coronavirus hammers global demand. The move came after OPEC talks collapsed Friday, prompting some strategists to see oil prices crater to $20 this year.

As outbreaks of the virus in Europe worsen, governments, including the United Kingdom and Germany, are considering enacting quarantines similar to the one Italy placed on 16 million people living in the country’s northern region, which includes the financial hub of Milan. The new lockdowns would likely seek to limit movement, prohibit large public gatherings such as sporting events, and close schools across regions.

Amid the free-fall Monday morning, President Trump, who has been known to politicize the performance of the stock market, focused on attacking Democrats and Barack Obama.

Elizabeth “Pocahontas” Warren singlehandedly destroyed the Bernie Sanders campaign by stripping voters away from his count on Super T. He lost states that he easily would have won if she had dropped out 3 days earlier. The DNC is doing it to Bernie again! Will he ever get angry?