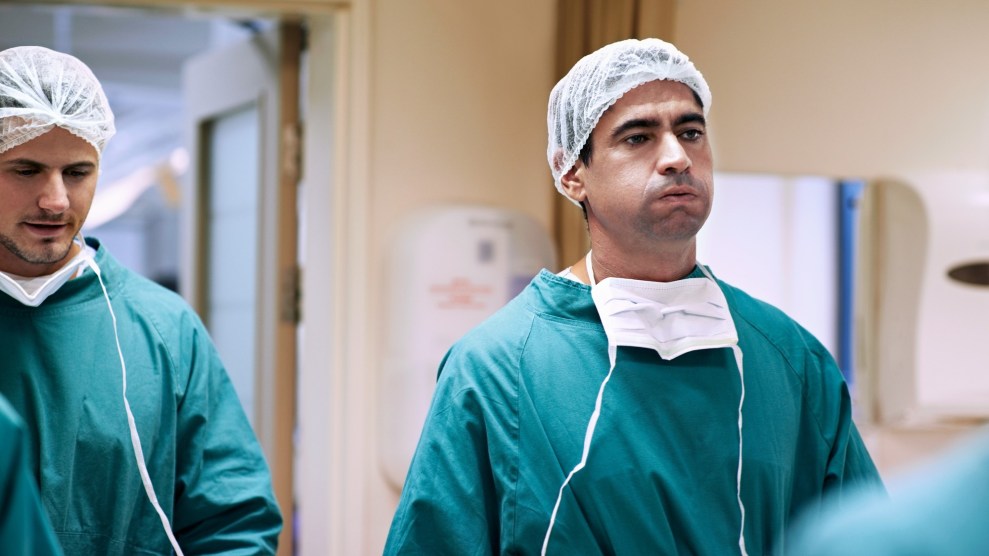 A few months ago, KevinMD.com was full of the kinds of by-doctors-for-doctors blog posts that had been the staple of the site since an internist named Dr. Kevin Pho started it in 2004, when he set out to create a place for doctors, nurses, and medical students to share their perspectives on everything from health care policy to physician burnout.

Then the coronavirus pandemic broke out. Now, as people anxiously turn to doctors for guidance on how to stay safe, everyone from the nation’s top doc to physicians in far-flung communities found themselves thrust into the spotlight. And KevinMD, the place where doctors gathered to figure this all out among themselves, suddenly had a much bigger platform.

“When [the virus] first came out, we were getting 50 to 60 times normal traffic,” said Pho, who still works full-time at a hospital in Nashua, New Hampshire. He reviews submissions and updates the site in his spare time, which in the past meant working on three to four posts per day. Now, it’s upwards of 10 per day.

Pho knew something had shifted in mid-March when a post titled “A COVID-19 coronavirus update from concerned physicians” got more than 2 million shares on social media.

Pho knew something had shifted in mid-March when a post titled “A COVID-19 coronavirus update from concerned physicians” got more than 2 million shares on social media. That post is exemplary of the type of message that’s taken hold of the site now: PSAs that echo the guidance of the Centers for Disease Control and Prevention and essentially plead with the public to stay home and do what they can to stop the spread of COVID-19. It was published by a group of six doctors on March 14, just when US public consciousness about the virus was reaching its tipping point. “Many of you are very nervous,” the article states in a calm, authoritative voice. “As physician leaders, we felt it was important to craft a resource you can rely on as being scientifically accurate.”

But another, more visceral, kind of story has also been gaining traction: first-hand dispatches from medical practitioners on the front lines. These stories—describing hospitals with waning supplies of personal protection equipment and doctors’ fears for their own lives and those of their coworkers—similarly end in appeals to not forget them or take them for granted. The site is now filled with headlines like, “It’s scary as hell to be a doctor right now” and “We are not expendable. We are not replaceable.”

Nasir Malim, an internal medicine resident in New York City, wrote a vivid minute-by-minute account of one night working in the medical ICU of a hospital at the epicenter of the crisis. He recounts the experience of trying to work past his own anxiety to even begin his shift, only to be confronted by patient after patient sedated and on a ventilator:

There is a young patient who is on a breathing machine though his body is still struggling to get enough oxygen despite this. We are nearing the end of medical options that can help him improve. We decide to prone him, but before doing so, I try some osteopathic manipulative therapy a doctor friend showed me from a clinical trial. There are no more medicines to try, so I decide to try whatever I can offer with my hands. My desire to preserve life as a doctor is somehow overcoming my fear. I see the beads of sweat running down his face, almost as though each bead is timing the duration of my therapy. Other doctors and nursing staff join me to help flip him over safely. As we finish I notice the TV on in the corner with CNN playing, Anderson Cooper is talking about how today was the deadliest day from COVID in the country to date with over 500 deaths. I return my gaze back at the 29-year-old in front of me; he is my exact age.

The site is now filled with headlines like, “It’s scary as hell to be a doctor right now” and “We are not expendable. We are not replaceable.”

“The people that we had in that ICU were those with the best chance to make it,” Malim told me. “They were young people without any other medical problems. So getting those people the best type of care that we can offer in the hospital, to give them the best chance of survival, and then realizing as a doctor that you still have nothing in your toolbox that can affect them. It was traumatic.”

Malim says he wrote the piece to give people outside the medical world insight into the psychological battle that doctors and nurses are enduring right now. He especially wanted to give voice to the experience of medical residents, who often put in longer hours for much less money than more senior physicians.

KevinMD.com has also tracked the evolving opinions about the coronavirus within the medical community. A confessional written by Jenny Hartsock, a hospitalist in Oregon, titled “I thought COVID-19 was overblown. I was wrong” was shared more than 30,000 times. Hartsock and her friends in the medical community initially saw the virus as another H1N1 or SARS and adopted a “been there, done that” attitude. But her mind was changed by the harrowing reports coming out of Italy. “The response to this virus in the U.S. has been varied and haphazard,” Hartsock laments.  “Why does this matter? It matters because we missed many early cases. It matters because we are still missing them.”

Pho hopes that the increased attention to his site will make more people aware of all the ways that doctors and nurses are especially vulnerable during the pandemic. A spate of recent posts, for example, tell of the financial impact that this can have on physicians. Many doctors are also small businesses owners, Dr. Nisha Mehta reminds us in one post, and independent practices may not withstand temporary closures. Another suggests that doctors are at greater risk of being sued, citing anecdotal evidence from one Illinois law firm “encouraging” such litigation. The chorus of physicians on KevinMD is currently united in one message: We are here to help you through this pandemic, but we are scared, too.

“I’m hearing a lot from physician parents—parents who are both physicians and on the front lines—and they have young kids themselves at home,” Pho said. “They’re paying attention to their wills, because who’s going to be taking care of these children should these physicians on the front lines get sick?”

Battling the pandemic will be a communal effort, Pho told me, requiring coordinated national policy and personal sacrifice. “This is unlike anything we’ve ever seen in our lifetimes,” he said. “Take it seriously.”