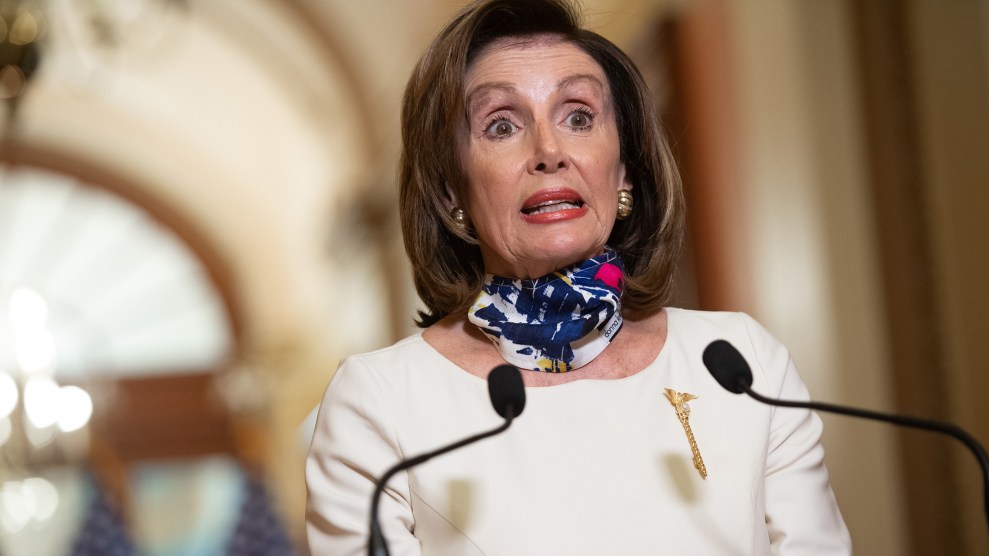 House Democrats’ second emergency relief bill offers a welcome soft landing for the millions of Americans struggling to pay their bills in the face of a pandemic-induced recession. But that relief is a two-way street: Debt collectors, too, will received federal fundings to make up for lost revenue.

On Tuesday, the Democratic leadership in the US House released a $3 trillion, 1,815 page bill to help boost the economy as the nation remains under pandemic lockdown. The new bill would, if it became law, grant people experiencing financial hardship a forbearance on their debts—”with no additional documentation required other than the borrower’s attestation to a financial hardship caused by COVID-19.” The provision reduces the bureaucratic burden of proving their circumstances—something banks and lenders likely have little time or energy for, now that 33 million Americans are out of work.

But the cushion doesn’t just benefit out-of-work Americans. The Democrats’ legislation also establishes “a facility” within the Federal Reserve to make “long-term, low-cost loans” to debt collectors to “temporarily compensate” them until consumers’ payments resume. While this compensation would be extended to all creditors such as utilities and local government agencies, it also extends to companies that make a profit hounding poor Americans—especially Americans of color—for unpaid debts will be prepared to resume business once the pandemic subsides.*

To be sure, the debt collection trade is facing trying times. Nearly a third of Americans didn’t pay their April rent, and that was a mere three weeks into the coronavirus crisis. Since then, more than 20 million Americans have lost their jobs. A number of banks are waiving overdraft fees for customers facing hardship, and credit card lenders have braced themselves for the likelihood that they won’t get paid until people are back to work.

It could be worse: After Americans started to receive their stimulus checks of up to $1,200—a provision of the first emergency relief bill in mid-March—banks began to garnish those payments to pay off existing debts. Democrats included a ban of garnishment in their latest proposals.

*Clarification, May 12, 2020, 9:30pm: This post has been updated to clarify that the provision in the bill would benefit all creditors.