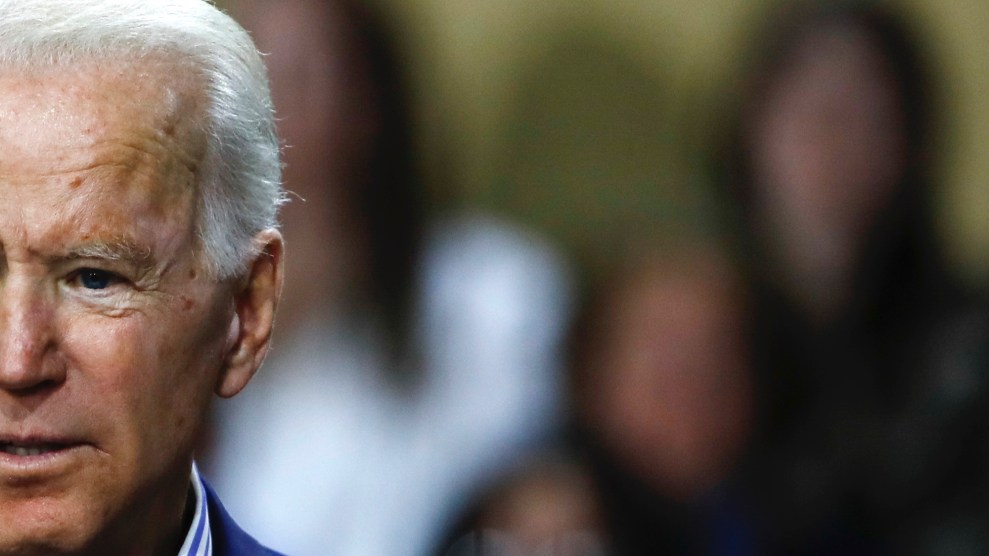 In the Before Times, Jody Kanikula and a half dozen fellow Democratic women activists would gather for drinks each Thursday after the weekly Kane County Democrats meeting in Geneva, Illinois. These days, they settle for Saturday morning Zoom calls to reimagine what their political organizing looks like now that their preferred tools of the trade—door knocking and mail drops—are off the table.

I met Kanikula and her friends in October 2018, a high season of political activity. The group was trying to elect Democrat Lauren Underwood, then a 32-year-old nurse who’d guided the implementation of the Affordable Care Act, to Congress. The women were mostly new to politics, having dipped their toes into activism in the wake of Donald Trump’s election. They spent the 2018 cycle rebuilding Democratic infrastructure in their cluster of exurbs 50 miles west of Chicago, an area where Republicans had long ruled by default. That year, they focused their energies on ginning up excitement for a small slate of Democratic candidates. This time around, a Democrat is challenging a GOP officeholder in the county for every elected position but coroner.

In recent weeks, Tara Reade’s sexual assault allegations against Joe Biden have rippled through the group, setting off a flurry of notifications in their text chain with each new development. Reade’s claims are “disheartening,” Kanikula tells me. But like the 10 other “resistance women” I spoke with, she’s sticking with the presumptive Democratic presidential nominee regardless. “If it was a different kind of election, I’d give it more weight,” she says. “But the No. 1 goal is to get Trump out of there.”

“They have put a lot of energy into making politics be about more than just a single savior candidate.”

Kanikula and her friends seem yanked from research conducted by Harvard sociologist Theda Skopcol and University of Pittsburgh historian Lara Putnam in the wake of the 2016 election. The scholars had identified a new brand of Democratic activist: white, college-educated women who live in suburban and exurban communities where “country club Republicans” had long reigned. In the wake of Trump’s victory, these women flocked to their nearest city for the Women’s March, formed Indivisible groups, and, eventually, worked with their local Democratic parties to unseat Republicans at every level of government.

This is not the usual picture of the resurgent activist left. Many accounts of the suburban woman’s political awakening are fond of anathematizing these activists as “wine moms” or “MSNBC moms” or the “yoga vote.” The Resistance was the new brunch, the new book club. For proof this was wrong one need only look at the 2018 midterms, when suburban women around the country— “retired teachers, librarians, health care people, some businesswomen,” as Skocpol put it—helped power the Blue Wave that swept Democrats into control of the House. Health care was at the heart of their organizing efforts, a big reason it’s at the heart of the Democratic agenda today. This cycle, Biden not only needs these women to vote—he’s relying on them to keep Democratic enthusiasm alive in their communities through November. The campaign’s online strategy is shaped around appealing to what its digital director recently called, not a little cringingly, the “suburban Facebook empathy moms.”

These activists had been forged in no small part by Trump’s chronic degradation of women; as it stands, roughly two dozen have accused him of sexual assault. But as an allegation concerning their party’s presidential candidate captures national headlines, the women I spoke with remain committed to their political activism. That’s not because they believe Biden—though many do. It’s because their ultimate goal is limiting Trump to one term. If that requires some compromises along the way, so be it.

“Do they think that sexual assault is okay? No,” Putnam says. “Do they think that being a woman involved in politics, where there are still lots of male politicians, means a lot of compromises all the time in order to get things done? Yes.”

Reade’s claims against Biden have taken a muddled route to the national spotlight. In April 2019, Reade came forward to claim the former vice president had touched her neck and shoulders inappropriately when she had been an aide in his Senate office in the early 1990s; that claim had been corroborated by several of her contemporaries and more than half a dozen women who’d made similar allegations.

But this spring, Reade leveled a more serious accusation at the former vice president: that he had shoved her against the wall of a Senate office building, reached under her skirt, and digitally penetrated her.Biden outright denies these claims. Reporters, lacking the copious documentation or clear pattern of predation on which much of #MeToo reporting is built, have thus far been unable to move the story onto the sturdier footing. The circumstances are best summarized by Vox’s Laura McGann, who spent more than a year investigating Reade’s allegations: “None of this means Reade is lying, but it leaves us in a limbo of Me Too: a story that may be true but that we can’t prove.”

A new Monmouth poll found that only 20 percent of Democrats think Reade is telling the truth, a sentiment mirrored by the activists I spoke with who say many are still processing the allegations. “I don’t think anyone’s rushing to judgment now,” Kierstyn Zolfo, the Pennsylvania statewide legislative chair for Indivisible, tells me. Barb Kaplan, who leads an Indivisible group in the Cleveland suburbs, says fellow activists she’s spoken with “want to see some hard evidence,” adding that “most see it as a distraction.”

But Putnam suggests another force is at work, and she points to the presidential primary as evidence. Biden had never been these activists’ favorite candidate—most of them preferred Elizabeth Warren or one of the other two dozen Democrats who sought the presidency this cycle. But these women got into politics, Putnam explains, with a vision of building Democratic political power above all else. Just as choosing one candidate over another is antithetical to their mission, so too would be calling for the removal of a candidate who most Democrats think did nothing wrong.

“They have put a lot of energy into making politics be about more than just a single savior candidate—whether that’s a candidate who they really loved or really disliked,” Putnam says. “They have been girding themselves for living with an outcome they knew they were not going to be personally excited about at the top of the ticket.”

“Coming out of 2016, most people have been unified in driving Trump out of the White House,” Kaplan says. “It’s going to be really hard to dissuade them from that position.”

This shouldn’t be mistaken for blind party loyalty—indeed, a number of these activists, some of them former Republicans, identify as independents. Nor are these women turning a blind eye to the claims. In fact, quite the opposite: For many, Biden’s history of behavior toward women has already been factored into their dim view of the candidate. Besides the allegations raised last spring, many activists—in particular, the older, professional women who make of up the bulk of the cohort—haven’t forgiven Biden for the way he treated Anita Hill, the law professor who accused Supreme Court Justice Clarence Thomas of sexual harassment. As chairman of the Senate Judiciary Committee, Biden presided over Thomas’ confirmation hearing and failed to seriously investigate Hill’s accusations or call corroborating witnesses to testify against Thomas. Last year, Hill accused Biden of having “set the stage” for Brett Kavanaugh’s Supreme Court confirmation in 2018, when claims of sexual misconduct made against the judge were also poorly handled.

Such realpolitik can seem at odds with the revulsion that pushed many of the activists into politics in the first place. But to hear Lark Cowart tell it, that moral energy hasn’t dissipated; it was merely channeled elsewhere once the women’s preferred candidates began to exit the presidential race. “When you lose your grand motivation, you’re finding other races and things to focus on,” says Cowart, a member of the Kane County group. “I’ll pour my energies behind the women who are running.”

Melissa Rodriguez, who runs an Indivisible group near Dayton, Ohio, said her members had come to a similar agreement when Biden became the nominee. “If you want to spend your energy on a local race or voter registration, go for it,” she recalls saying. “We’re just pushing toward a great Democratic turnout.”

The suburbs helped deliver the Democratic nomination to Biden, and he’ll rely on them to unseat Trump come November. His nascent digital operation has set its sights on those “empathy moms” whom the campaign believes can be won over with appeals to human decency—the premise of much of Biden’s relatively non-ideological campaign. In the midst of the pandemic, paid family leave, health care, and related domestic issues are top of mind for swing voters. As for sexual assault, “it’s way down the list,” says Tresa Undem, a pollster who specializes in surveys on gender issues.

Undem is keeping a close eye on independent women voters. They’re less likely to view the allegations through a politicized lens—and in general they tend toward nihilistic doubts about their ability to change anything. Whether these voters see a difference between the parties on issues related to women could be an indicator of their apathy, Undem says. “Could this dampen their vote? Yes.”

And a lot of voter opinion, she says, will hinge on how much airtime the allegations receive in the coming weeks and months. That doesn’t just mean news stories with new information—attack ads, Undem says, could play that role, something the Trump campaign already seems to have realized. “Ultimately,” she says, “it could create the impression that neither candidate, and neither party, is good.”