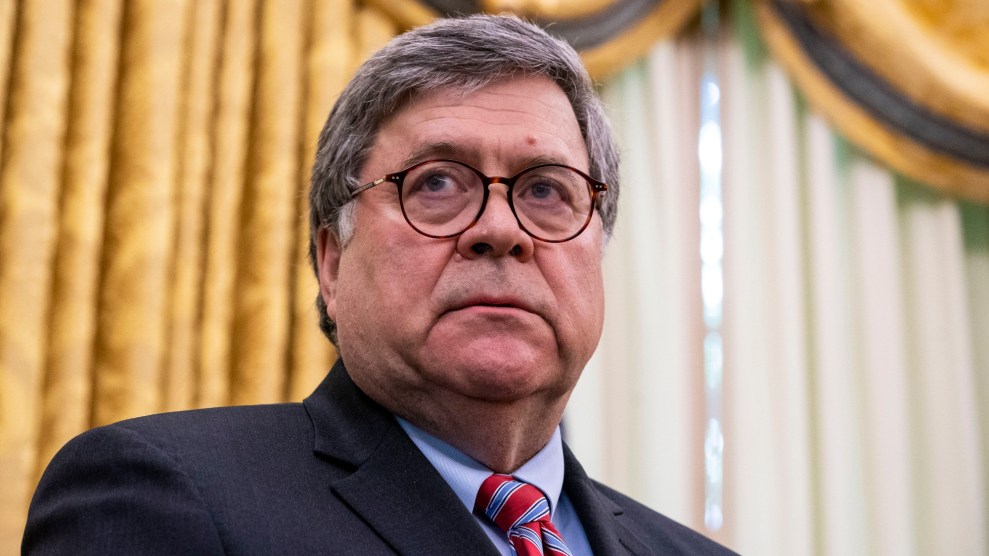 The filing came as part of an unprecedented fight between US District Court Judge Emmet Sullivan and Attorney General William Barr over the Justice Department’s effort to dismiss its prosecution of Flynn, despite his 2017 guilty plea to making false statements to FBI agents. Sullivan, who presides over the case, last month refused to agree to the department’s request to drop it, and instead appointed John Gleeson, a former federal judge, to argue against DOJ’s effort. In a brief filed Wednesday, Gleeson lashed Barr and DOJ, charging that their effort to allow Flynn to avoid punishment for false statements —charges that Flynn twice pleaded guilty to in late 2017—constitutes “a gross abuse of prosecutorial power.”

Gleeson cites a federal rule that requires courts to “guard against dubious dismissals of criminal cases that would benefit powerful and well-connected defendants.” Courts have the power to “protect the integrity of their own proceedings from prosecutors who undertake corrupt, politically motivated dismissals,” Gleeson wrote. “That is what has happened here. The Government has engaged in highly irregular conduct to benefit a political ally of the President. The facts of this case overcome the presumption of regularity. The Court should therefore deny the Government’s motion to dismiss, adjudicate any remaining motions, and then sentence the Defendant.”

“The facts surrounding the filing of the Government’s motion constitute clear evidence of gross prosecutorial abuse.”

Gleeson said that Flynn committed further crimes during the case itself by perjuring himself (Flynn now claims that the only time he didn’t tell the truth was when he pleaded guilty to making false statements). But the brief argued that Sullivan should stick to sentencing Flynn on the original charges, rather than reopening the case to consider those new allegations.

Gleeson also said the arguments made by the newly appointed prosecutors  “are riddled with inexplicable and elementary errors of law and fact. And they depart from positions that the Government has taken in other cases.”

“The facts surrounding the filing of the Government’s motion constitute clear evidence of gross prosecutorial abuse,” Gleeson argues. “They reveal an unconvincing effort to disguise as legitimate a decision to dismiss that is based solely on the fact that Flynn is a political ally of President Trump.”

The Trump administration’s defense of Flynn started with a May 7 motion signed only by Timothy Shea, a Barr deputy who was then acting US Attorney for Washington DC, who has since become acting head of the Drug Enforcement Agency. Shea’s letter argued Flynn had been unfairly targeted by FBI agents, who interviewed Flynn in January 2017 about his contacts with Russian Ambassador Sergey Kislyak and whether they discussed sanctions Barack Obama had imposed on Russia. Flynn told the FBI that he did not discuss sanctions with Kislyak, a false claim that led to federal charges. (Transcripts of their calls released last week showed the sanctions were the main topic the men talked about.) After Barr put Shea in charge of the case, the government said the FBI agents should not have questioned Flynn because the bureau had previously decided to close an investigation it launched the prior year into whether Flynn was a Russian asset.

Trump has cited Flynn’s case to assert that investigations into his campaign’s contacts with Russia during the 2016 campaign were politically motivated. Trump has also sought to use the case as fodder in his reelection effort. He has argued, without any evidence, that Obama and former Vice President Joe Biden, the presumptive Democratic presidential nominee, were involved in improperly targeting Flynn.

Barr has acknowledged that he personally decided the charges against Flynn should be dropped, a highly unusual level of involvement by the head of the Justice Department in a specific case. But Barr denies that he acted at Trumps behest. “There’s only one standard of justice,” Barr told CBS News last month. “And I believe that this case, that justice in this case requires dismissing the charges against General Flynn.”

Barr may prevail. A federal appeals court panel is weighing a request from Flynn’s lawyers that they order Sullivan to drop the case. The court, which has scheduled a hearing for Friday on the matter, may rule that Sullivan lacked the power to appoint Gleeson.

But the new filing is sure to add to to the already widespread criticism of Barr’s conduct in the Flynn case.