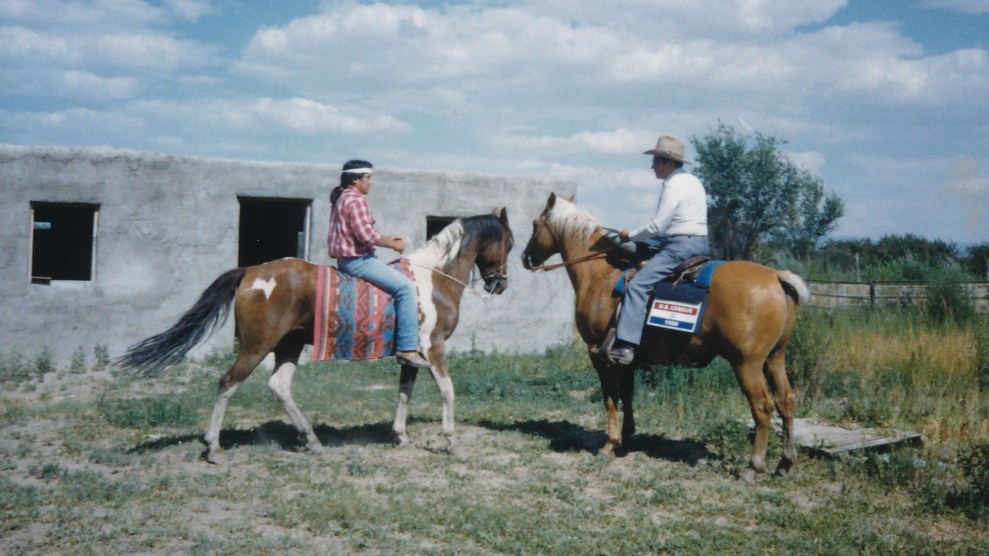 You don’t have to look far to see the devastating economic impact a community can face after the US Census screws up its population count. When the Treasury Department started doling out the funds from its mammoth CARES Act in March and April, it set aside $8 billion for Native American tribal governments, who were hurting from the closures of casinos and the general economic downturn that resulted from the indefinite suspension of life as we knew it. Of that $8 billion, $4.8 billion was to be divided among the nation’s 574 federally recognized tribes based on their populations. (Never mind that the rest, as my colleague Delilah Friedler reports, could go to corporations.)

In April, tribes, upon the Treasury’s request, submitted the populations of their enrolled tribal citizens. But the Treasury allocated funds not by tribal citizenship, but by data from the US Census Bureau, which estimates that it undercounted Native Americans living on reservations by 4.9 percent in 2010. The result, according to a report compiled by researchers from Harvard, the University of Arizona, and UCLA, was a severe misallocation of federal funds that left some tribes severely underfunded. The Delaware Tribe of Indians (Eastern), for example, has more than 11,000 enrolled tribal citizens, which could have netted them $24 million in CARES Act funding, according to the report; instead, because of the way the Treasury allocated money based on an Indian Housing Block Grant dataset derived from census numbers, the tribe received just $100,000, or a little more than $9 per person.

Now, the same coronavirus that highlighted the necessity of an accurate count is threatening to condemn the roughly one million Native Americans living on reservations to 10 more years of political underrepresentation and economic insecurity.

The Census Bureau has been overlooking the continent’s original inhabitants since it started its decennial population count in 1790. The very phrase in the Constitution that mandates “counting the whole number of persons in each State” explicitly excludes “Indians not taxed”—those who hadn’t renounced tribal rule and integrated into white society. In 1860, the census began identifying Native Americans who lived within the general population—but not the many thousands residing on reservations. Only in 1900 were Native Americans living on tribal lands counted in the census and therefore represented in Congress, according to the Census Bureau. For myriad reasons that ultimately boil down to the US government’s unwillingness to invest in the people whose resources it has squandered since the nation’s inception, Native Americans have been regularly undercounted ever since—more than any other ethnic group.

“If you want to have a worst case scenario on doing a census count in any state in Indian country, it’s now,” says OJ Semans, co-director of the Native American voting rights organization Four Directions and a member of the Rosebud Sioux tribe. “Everything that can actually happen to give us an undercount is happening now.”

If 2020 had been a normal year, census workers would have begun trekking to rural households—which often lack traditional street addresses or rely on PO boxes for their mail—to drop off census questionnaires between March 15 and April 17 in a program called Update Leave. Then, from May 13 through the end of July, the census would begin its Nonresponse Followup (known in census parlance as NRFU, pronounced “nar-foo”), the ambitious operation that sends door-knockers to each residence across the United States’ 3.8 million square miles that has not returned a census form. The more people who self-respond, the less footwork the enumerators have to do.

But the coronavirus has thrown the Census Bureau’s entire set of outreach operations into disarray. Update Leave began not on March 15 but on May 4, and NRFU is now scheduled to happen between August 11 and October 31. The Census Bureau is in a crunch: States rely on it to deliver them population counts and congressional apportionment data by March 31, 2021 so they can draw new district lines, and each delay in the count brings the Census Bureau closer to deadline. The Census Bureau and House Democrats have pushed for a four-month extension of this statutory deadline, but the idea has not gained traction in the Republican-controlled Senate.

Now, the census’s door-to-door visitations represent not civic engagement but the potential spread of a harmful pathogen to some of the most vulnerable communities. This is particularly troubling for often-rural and chronically undercounted tribal lands that are facing myriad obstacles to an accurate count, from the cancellation of in-person community outreach events to the difficulty of focusing on a population questionnaire when the whole world seems to be spinning in reverse.

“There still exists on many reservations a distrust for government people come around asking you for all kinds of personal information,” says Kevin Allis, CEO of the National Congress of American Indians. An accurate count “requires having folks that are employed by Census that had access to these communities, understood these communities, and, more importantly, would be recognized by these communities as reliable people to provide information.”

One way to do this would be to reach out to Native communities in the languages they speak at home. This year, however, the Census Bureau cut language assistance for all Native languages except Navajo. Even though many (but not all) Native people speak English, Allis says, the failure to communicate with people in the language they speak most often further alienates them from a process they may be wary to partake in to begin with. “It should be no surprise that if you don’t communicate with these communities in a language that they’re familiar and used to, they’re not going to probably understand what you’re trying to say,” Allis says.

Another way to engage Native communities would be to hire more Native enumerators. But in 2020, the census shifted its job applications mostly online, making it difficult for people without internet access to find work with the Bureau. “There was a fundamental problem with that approach,” Allis says, “and in making sure they have the right people in place to at least attempt to get an accurate count.”

In fact, the census’s digital-oriented approach to all of its 2020 outreach operations excluded the roughly 12 percent of Americans who don’t have access to high-speed internet. This is the first year that the census is collecting forms online, and it has made a show of pivoting to digital and encouraging everyone with internet access to respond on their own. But what works for ultra-connected urban areas won’t work in areas where wifi can’t be found. “Going very digital when 90 percent of Indian Country does not have access to broadband and can’t get PDFs, it was a disaster waiting to happen,” says Natalie Landreth, a senior staff attorney at the Native American Rights Fund.

It’s not that people don’t have digital devices, Semans says, but that they often can’t afford the data plans that would allow them to access the census questionnaire online. “Internet access is little to none,” he says. “Unless you’re in a tribal building, which is closed down.”

For the past 500 years, European diseases, especially smallpox, have ripped through Indigenous communities throughout North and South America, ravaging some tribes and obliterating others. The health disparities between Native peoples and their white counterparts persist to this day. American Indians and Alaska Natives have a lower life expectancy than all other races in the United States by 5.5 years, according to NCAI, and they are plagued by chronic illnesses like diabetes and liver disease at higher rates than other populations. All of these conditions place them at an increased risk of serious complications from the coronavirus.

In South Dakota, the Cheyenne River Sioux Tribe set up checkpoints to ensure that no one infected with the coronavirus would enter their reservation. The state’s Republican governor, Kristi Noem, threatened legal action against the tribe and even wrote a letter to President Trump to, in Semans’ words, “complain about her Indians”—despite the tribe’s legal status as a sovereign nation. None of this, of course, bodes well for the census. (The Cheyenne River tribe’s self-response rate is 10.7 percent.)

The plan for enumeration in tribal communities still on lockdown is that there is no plan. Asked how it would endeavor to count the vast majority of people living on tribal lands who have not submitted self-responses, the Census Bureau directed me to its Operational Plan and NRFU plan, which have not been updated in light of the coronavirus. “Census Bureau officials coordinated closely with the Navajo Nation and tribal governments,” the agency wrote in response to written questions from Mother Jones. “After their approval, we determined that it is safe to resume operations in the Window Rock, Ariz., Area Census Office on June 11, as well as other tribal lands.” This hardly answers the question of when and whether the thousands of people living on tribal lands outside of Navajo Nation can expect a knock on their door.

With self-response rates in the single digits for many tribes across the country, Native Americans will have to wait to see if the Census Bureau figures out a way to get them counted. “I understand none of us have ever been in this situation in our lifetime and I hope we’re never in it again,” Landreth says, “but I think it calls for an extension of the timeframe, some extra money, and some extra work.”