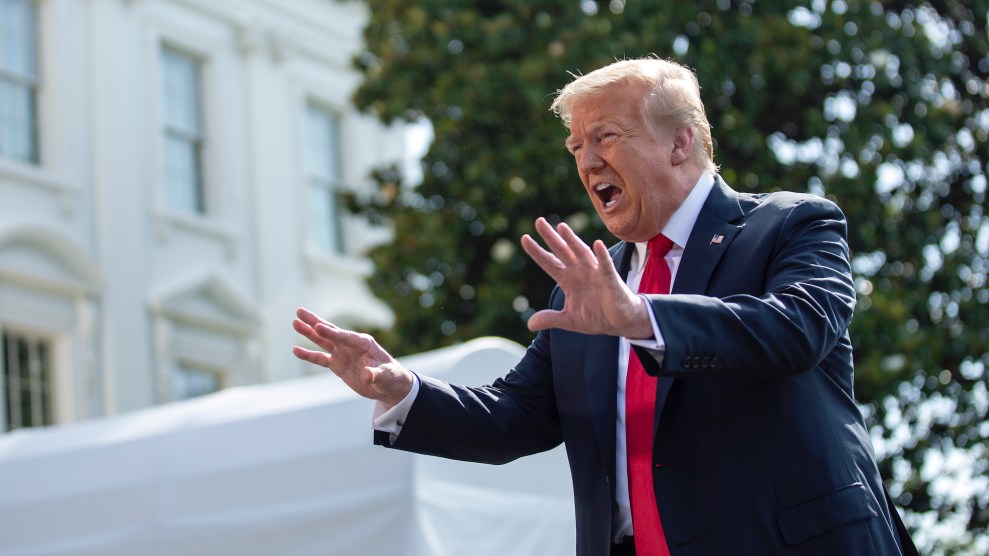 Months into a global pandemic that has claimed the lives of more than 127,000 Americans, President Donald Trump still refuses to take responsibility for his administration’s underwhelming response. On Saturday, the president started off his weekend by railing against Obamacare—one of the few lifelines available to millions of people in this global health crisis.

….Obamacare is a joke! Deductible is far too high and the overall cost is ridiculous. My Administration has gone out of its way to manage OC much better than previous, but it is still no good. I will ALWAYS PROTECT PEOPLE WITH PRE-EXISTING CONDITIONS, ALWAYS, ALWAYS,ALWAYS!!!

Trump’s offered his latest Twitter missives just after his administration filed a brief with the Supreme Court, asking the court to strike down the entirety of the law, a move that could leave 23 million Americans without health insurance when they need it most. If the Court rules in the Trump administration’s favor, millions of COVID-19 survivors could lose their health coverage because the virus itself would be considered a preexisting condition. The Affordable Care Act, known as Obamacare, makes it illegal for insurance companies to deny coverage due to preexisting conditions. Trump has long claimed that he wants to protect people with preexisting conditions, but his actions have always been to pursue the opposite.

And as the country’s response to the coronavirus cripples the economy, Obamacare has offered an avenue for the millions of newly unemployed to maintain health insurance coverage. If the Supreme Court strikes down the law later this year, it could deprive those unemployed people of their health insurance too.

Meanwhile, coronavirus cases continue to surge in many parts of the country. San Francisco Mayor London Breed just delayed that city’s second phase of re-opening because of a spike in confirmed cases, while the governors of Texas and Florida have also reversed re-openings due to sudden surges.

The Supreme Court will likely hear oral arguments on this case in the fall, putting the coronavirus, Obamacare, and the presidential campaign on a direct collision course.