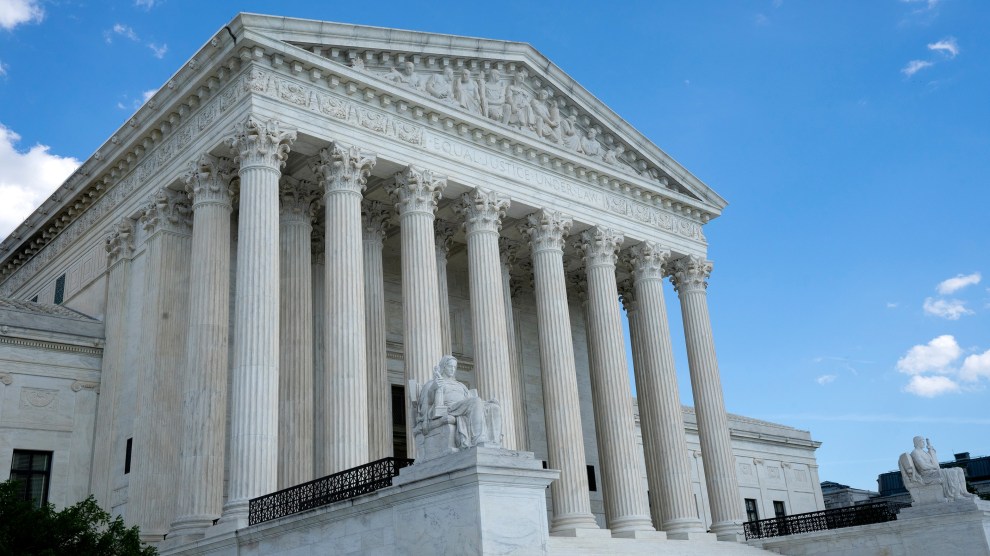 The Supreme Court on Monday dealt a blow to the independence of the Consumer Financial Protection Bureau, created on the heels of the 2008 recession to go after abusive financial actors.

In a 5–4 ruling, the conservative justices, led by Chief Justice John Roberts, struck down the part of the agency’s structure limiting the president’s ability to fire the CFPB director. The ruling allows the president to fire the director of the CFPB at will, and it could have implications for other independent federal agencies.

But the court declined to declare the entire agency unconstitutional, as requested by the plaintiff in the case, a debt relief firm called Seila Law that was under investigation by the CFPB. The agency can continue to operate, Roberts wrote, “but its Director, in light of our decision, must be removable by the President at will.”

The CFPB was established in 2011 with the goal of cracking down on the abusive practices in the banking and financial sectors that precipitated the crisis. The legislation that created the body stipulated that its director, nominated by the president and confirmed by the Senate, would serve a five-year term and could only be fired by the president “for cause”—specifically, “inefficiency, neglect of duty, or malfeasance in office.” Members of the multi-person boards leading the Federal Reserve, the Securities and Exchange Commission, the Federal Communications Commission, and many other agencies are subject to the same “for cause” firing limitation, to protect those agencies’ independence.

It wasn’t clear from Monday’s ruling the extent to which this decision to give the president more power over the CFPB’s leadership could be applied to other agencies’ directors and board members. But ever since the case was heard in court in March, advocates and lawyers have argued that a ruling striking down the CFPB’s directorship structure could poke holes in these other agencies’ independence.

Following Monday’s ruling, University of Texas law professor Stephen Vladeck tweeted that the ruling is “a very big deal for the separation of powers insofar as it makes it harder to have ‘independent’ Executive Branch agencies.”

It is unlikely that President Trump will fire the CFPB director, Kathleen Kraninger, anytime soon; she was nominated by Trump and confirmed by the Senate in 2018.

The ruling could actually end up being a boon for Democrats. Should Joe Biden win the presidency in November, he would be able to replace Kraninger before the end of her five-year term. As the director of the CFPB, Kraninger has herself argued that the established CFPB structure gives her too much independence and should be ruled unconstitutional.

You can read the full Supreme Court ruling below: